The ACA has released the report on findings of the 2016 National Salary Survey – salaries are up very slightly, but worrying trends continue – there is still a gender pay gap and some practices persist in paying under Award minimums!

The report outlines the broad trends identified this year and compares these to the results from previous surveys. The full report is published in the members’ section below and is available to ACA members. Reports on the 2015 survey and the 2013 and 2014 surveys are also available.

The ACA National Salary Survey gathers data on thirty-one different roles. In addition to architectural staff, salary information is gathered for technicians, interior designers and other staff ranging from reception and clerical positions to chief executive officers. Details on salary packages and conditions and geographic location are also collected. The salary figures discussed in the report include superannuation and benefits but exclude bonuses, dividends, distributions and the like.

The 2016 survey had the highest number of respondents of any survey to date (a 28% increase on 2015), with responses skewed toward larger practices. This means that the number of staff covered increased by 46%, but the profile of firm sizes is also skewed, with just over half the architects surveyed were located in 50+ firms in 2016. The spread of firms in not geographically representative, with lower response rates from the most populous states Victoria and New South Wales. 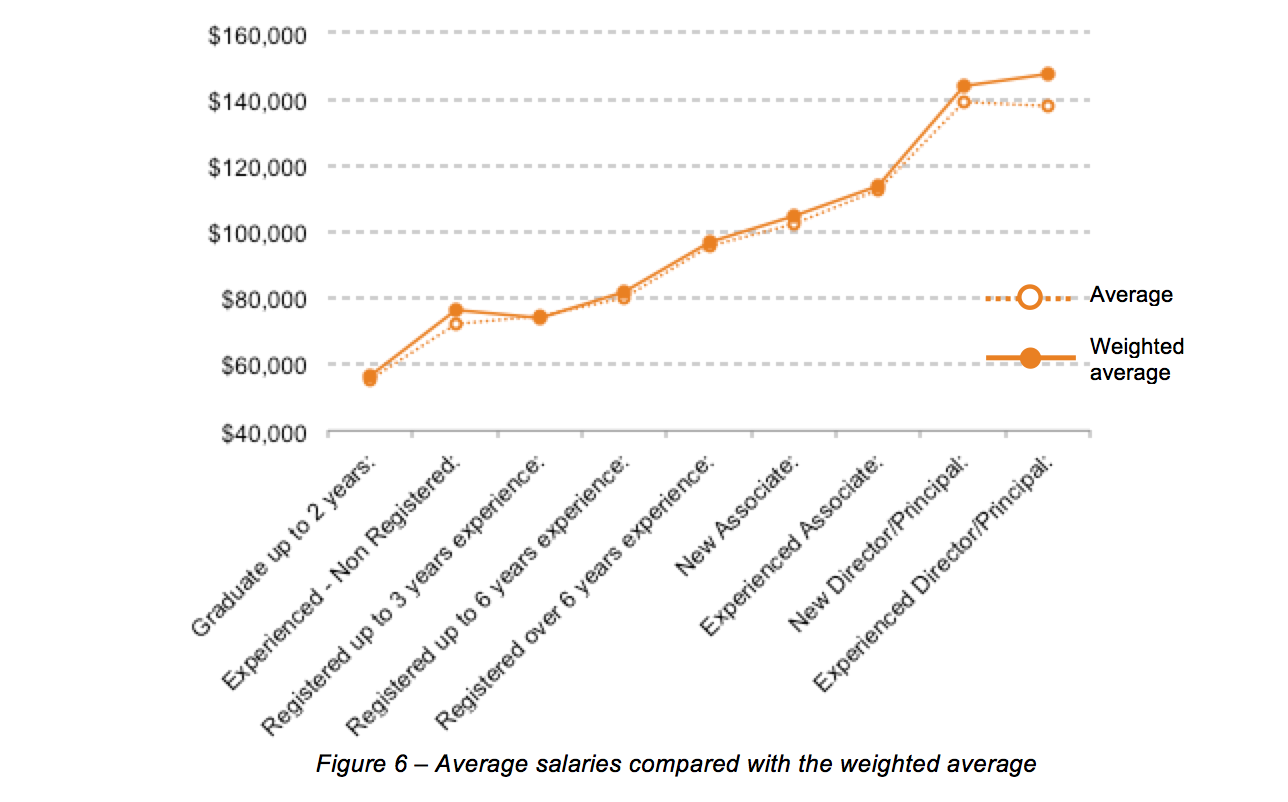 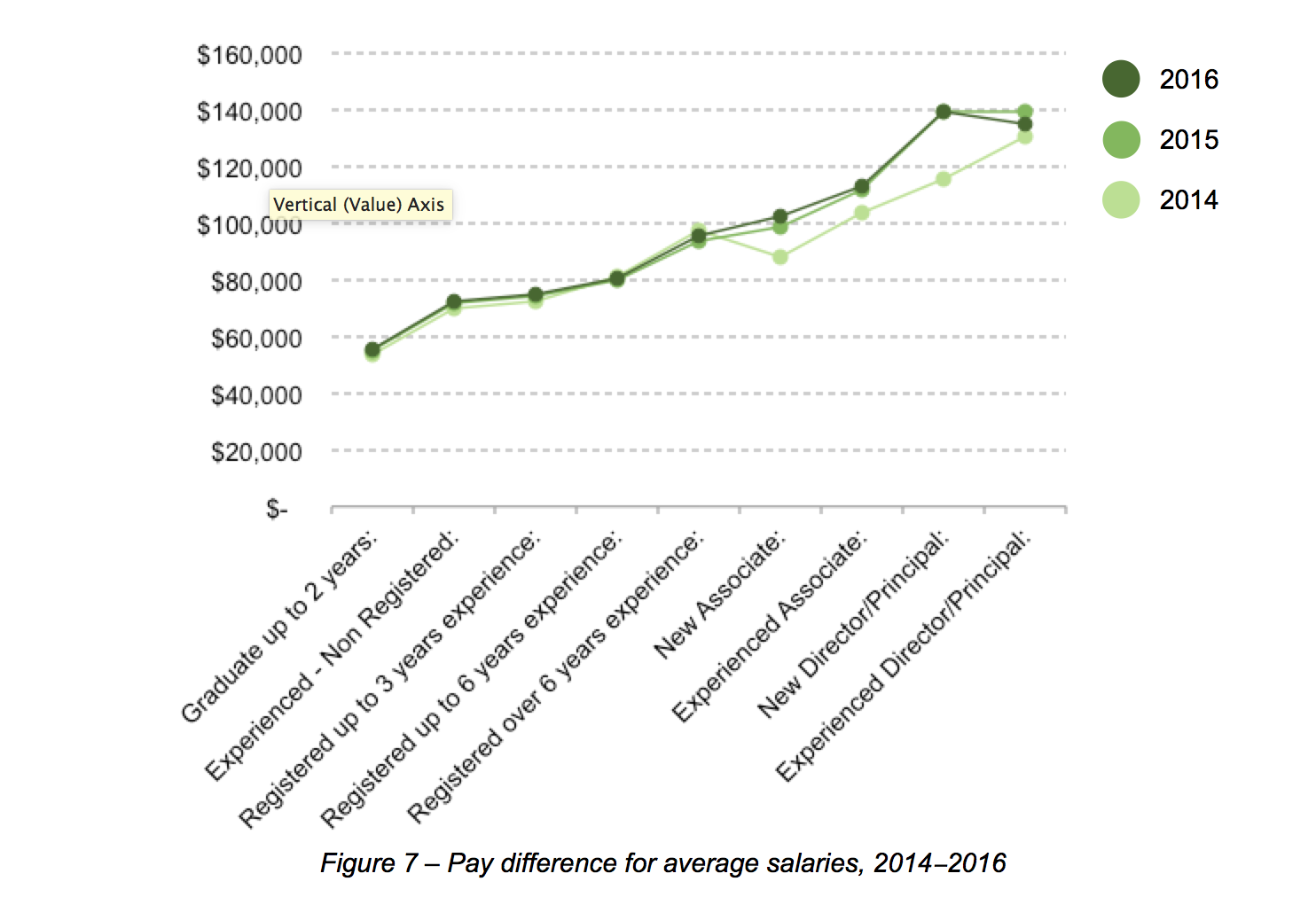 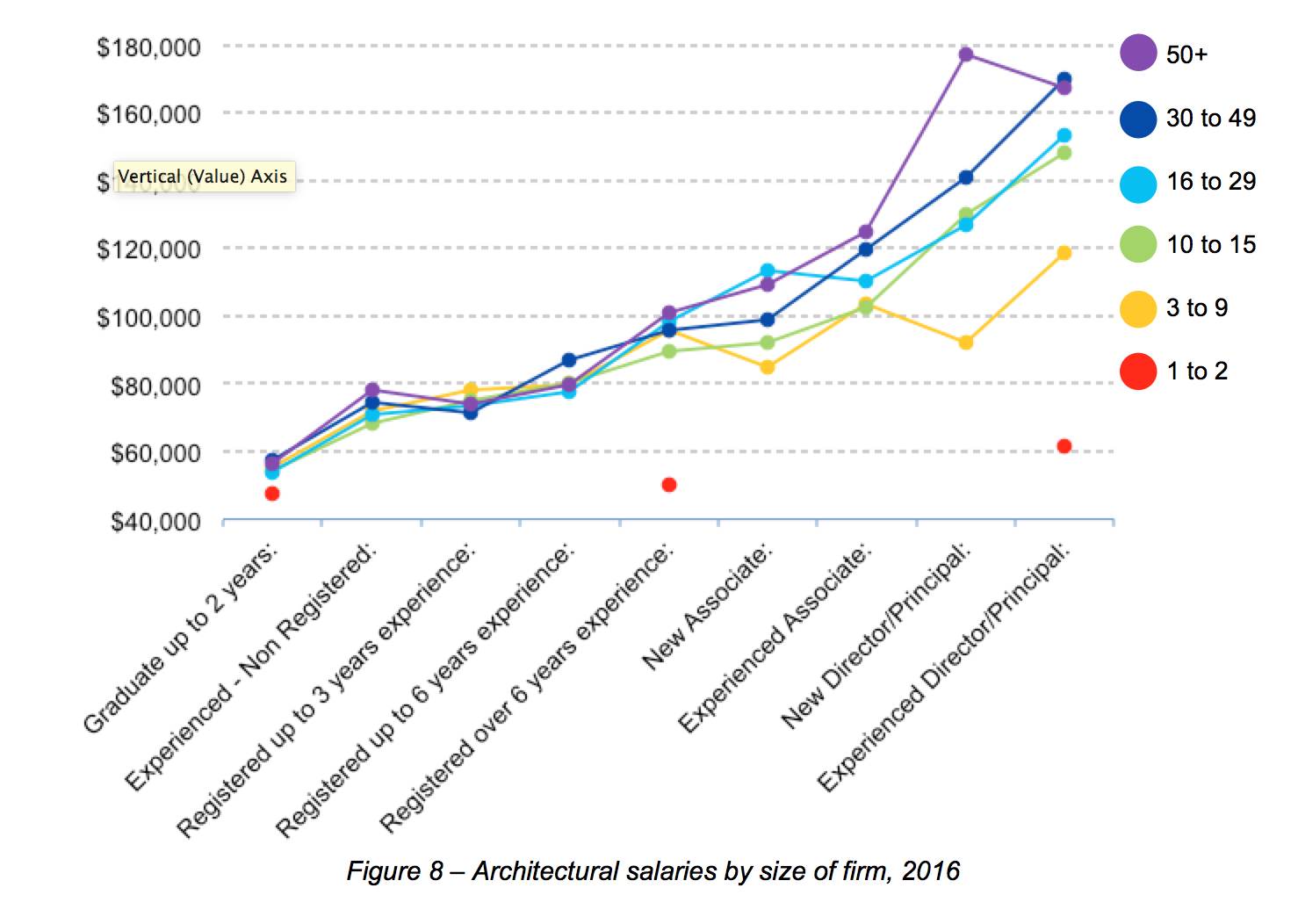 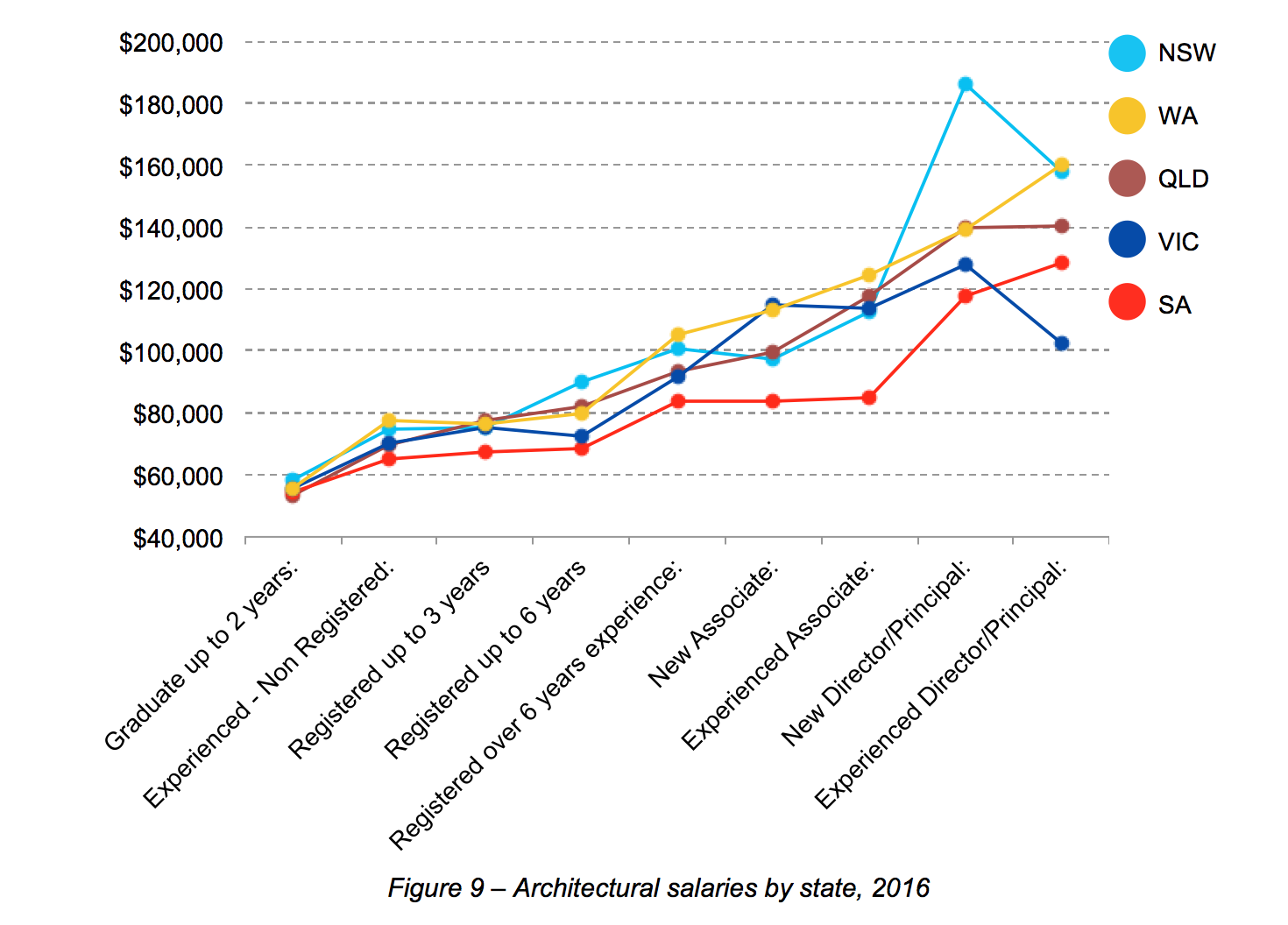 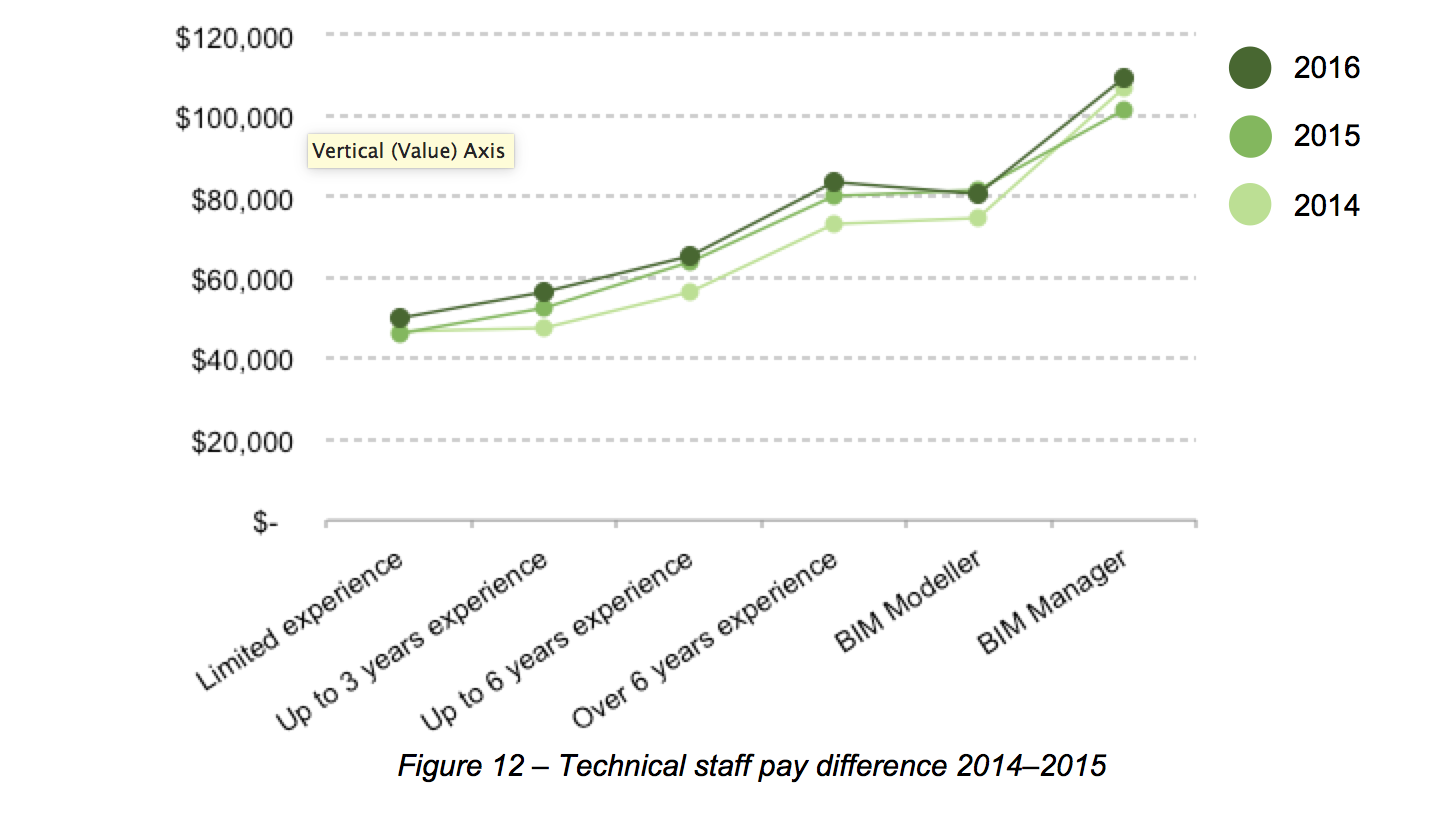 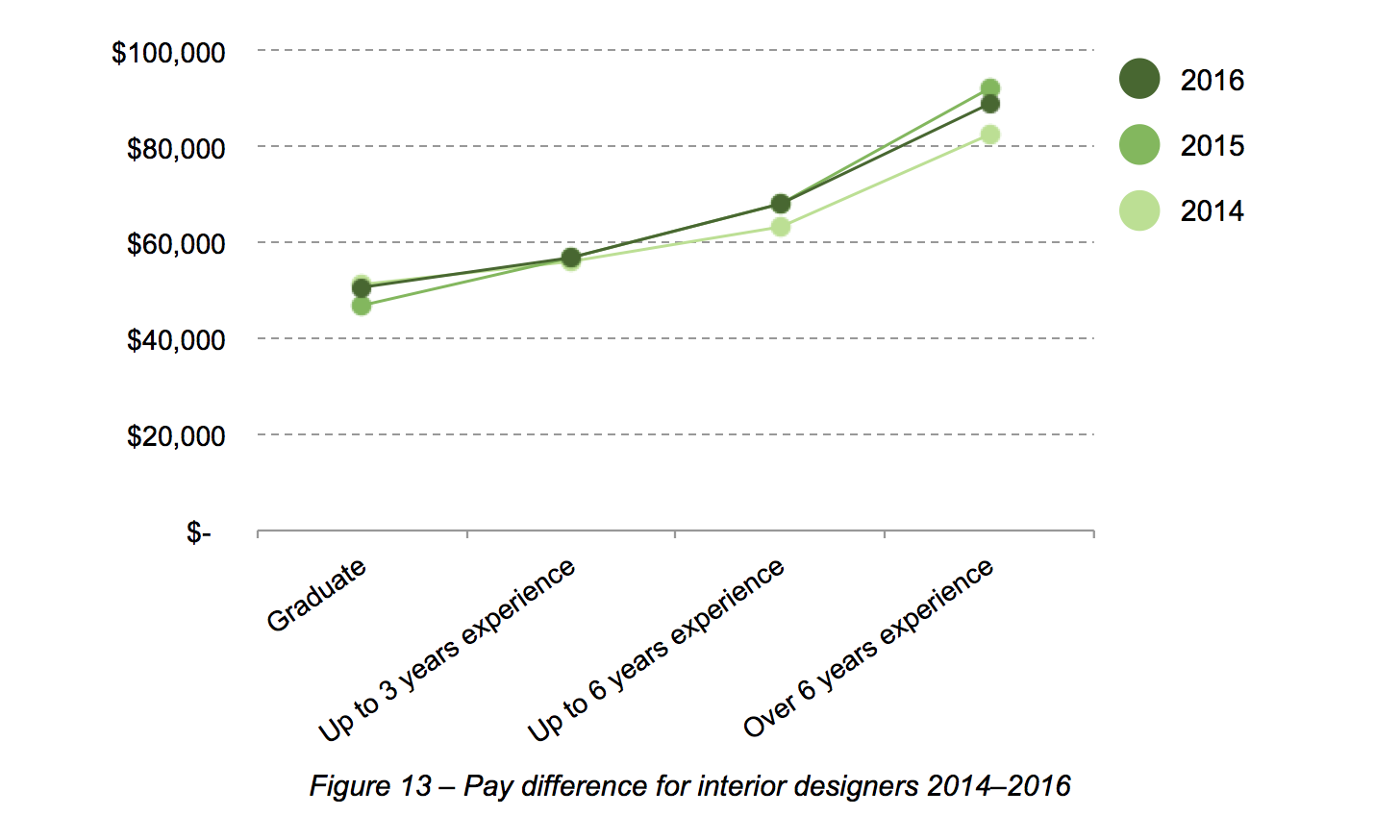 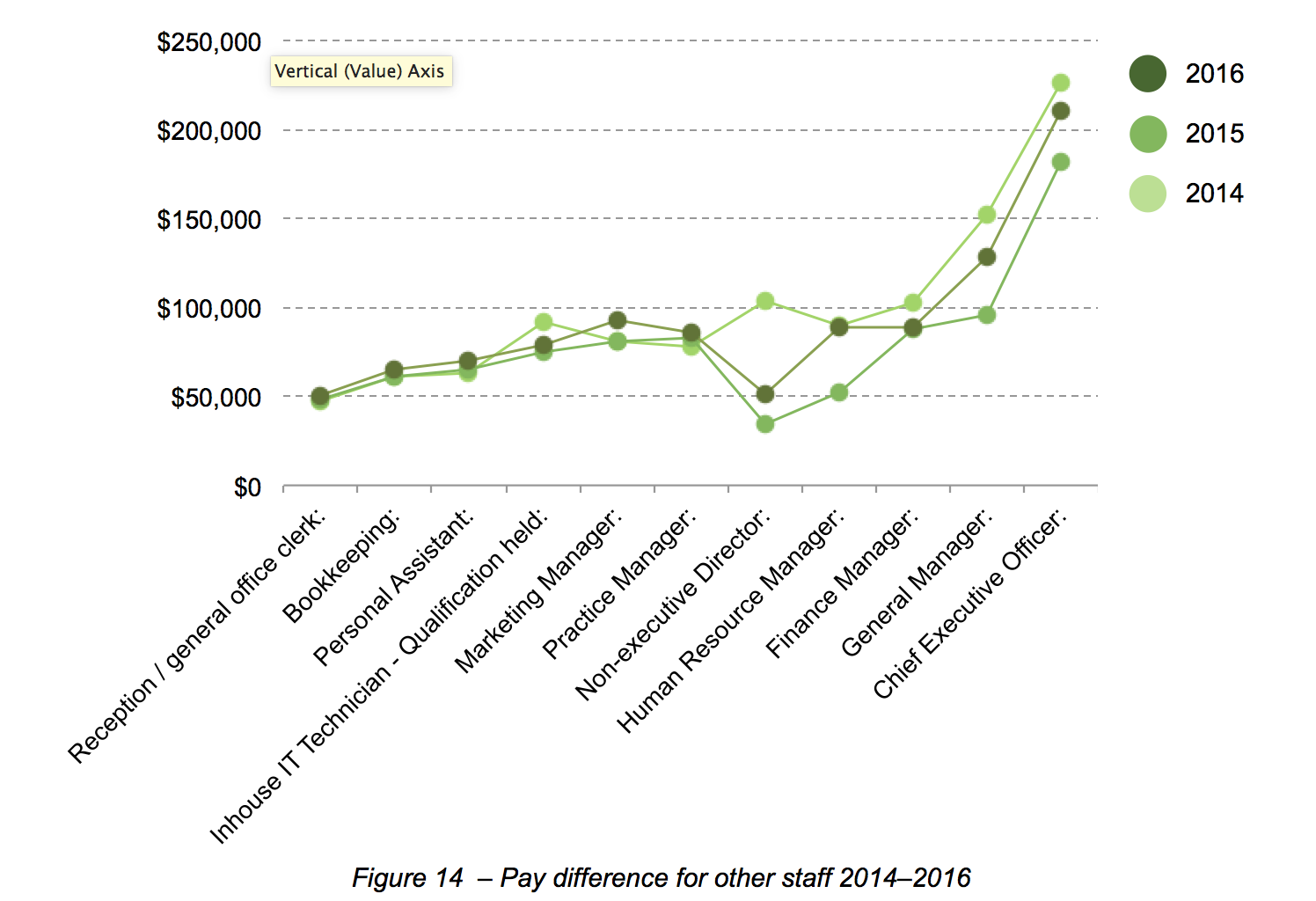 ACA is very concerned to note that some practices appear to be still paying below the minimums stipulated by the Architects Award. Once again the ACA reiterates its reminder to practices – it is essential to understand the employer’s obligations under the Award, and to ensure that these are met. (Breaching the Award can incur hefty fines.)

The 2016 survey also found gender pay gaps for architects in all but two of the nine levels surveyed. Because the survey sample changes from year to year, it is not possible to say that the gender pay gap is definitely increasing or decreasing. However, monitoring the patterns over the years will help to trace the patterns.

The ongoing suggestions of gender-based gaps in this and other data are of serious concern.

The full report is available to ACA members. You can find out more about joining the ACA here.

If you are not eligible to be a member, or are a researcher, journalist or other media representative interested to read the report, please contact ACA – Qld to enquire about obtaining a copy. Email qld@aca.org.au.

Report, including all images, prepared by Gill Matthewson for the ACA.

Dr Gill Matthewson is a researcher, architect and educator, now based at Monash University in Melbourne. She has a particular interest in statistics about architects. Her PhD “Dimensions of Gender: women’s careers in the Australian architecture profession” (awarded by the University of Queensland in 2015) included a section analysing the most up-to-date data on architects. Some of this work has been published in Architecture Australia and on Parlour.