The findings of the 2018 National Salary Survey, with analysis by Dr Gill Matthewson, are now out. There is still a gender pay gap and some practices persist in paying under Award minimums!

The report by Dr Gill Matthewson outlines the broad trends identified this year and compares these to the results from previous surveys. The full report is published in the members’ section below and is available to ACA members. Dr Matthewson’s reports on surveys from 2017, 2016, 2015 and 2014 and 2013 are also available. A summary of the findings follows, and members can also download the full report below.

The 2018 survey had a slight decrease in the number of respondents from last year. This decrease resulted in a 31% decrease in the total numbers of staff covered in all the categories. This was not evenly spread across the staff categories and there were considerably fewer architectural staff surveyed than in 2017.

The 2017 survey was dominated by larger practices, but this year saw more small- to medium-sized firms respond.

More than one-third of the respondent firms stated that they offered a salary increase between 3% and 5%, a substantial increase on 2017. Half (49%) of responding firms indicated they had increased salaries by the CPI or less than 3%. 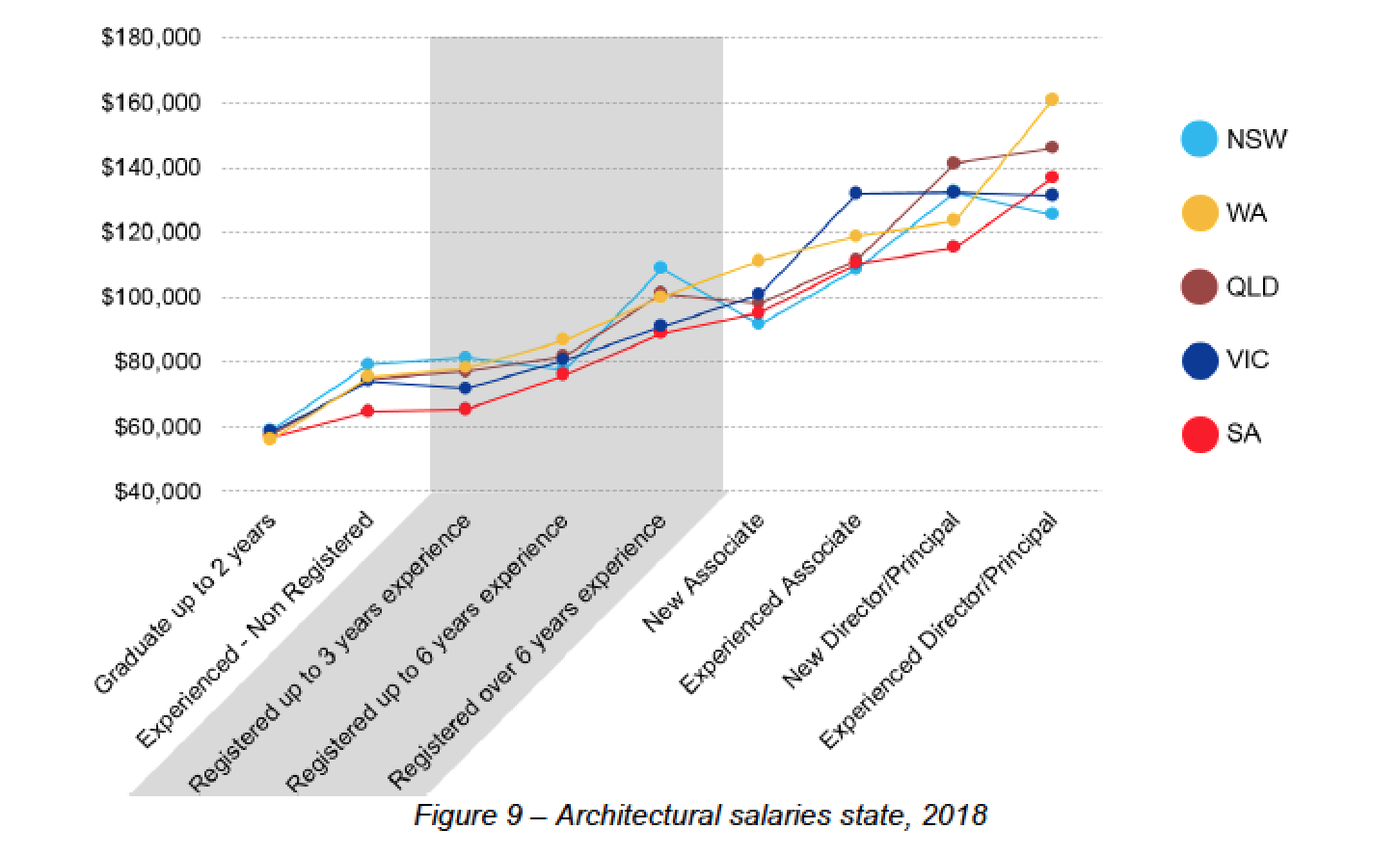 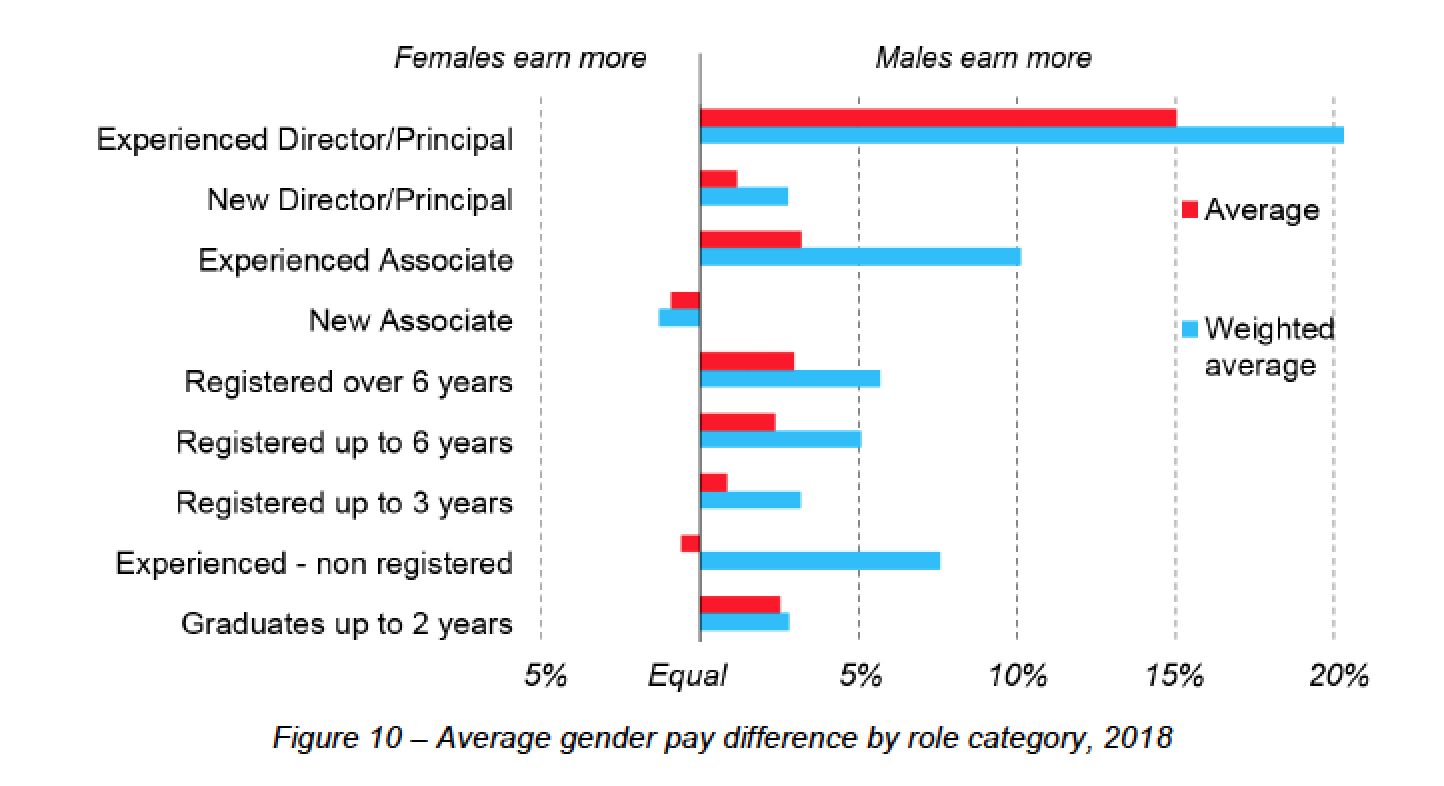 ACA is very concerned to note that some practices appear to still be paying below the minimums stipulated by the Architects Award! It is good to see the number of forms reporting salaries below Award has dropped from nineteen last year to eleven in 2018. However, a further twenty-three firms surveyed were paying either at or close to the Award. This is also of concern because the Award does not include superannuation, while the survey does. This means that it is probable that these firms are also paying below the Award.

The Award rates in place when the survey was conducted were $49,296 for an entry-level graduate, and $56,992 on registration (with two more stepped increases after that point) and for experienced but not-registered.

The gender pay gaps for architects identified in previous surveys persist, and women continue to cluster in the junior categories.

Men earn more in all but two of the role categories, and in seven categories the extent of that difference is more than 5%. The differences are less thanthey were in 2017, with most below 5%. Because the survey sample changes from year to year, it is notpossible to say that the gender pay gap is definitely increasing or decreasing. However, monitoring thepatterns over the years will help to trace patterns. At the moment, that pattern is of a varying butcontinuing gender pay gap.

The full 2018 National Salary Survey report is available to ACA members. Members can log in below to access it. if you are not already a member you can find out more about joining the ACA here.