On the 10th anniversary of Keith Neighbour’s passing, John Held fondly remembers his former mentor and friend, who was a strong advocate for mentoring, connection and support within the profession.

A successful architectural practice is often a balance between the experience, skills and wisdom of its senior members and the creativity, freshness and inexperience of its younger members. It’s important that the good bits (wisdom and don’t-do-that-it-will-leak) are passed from one generation to the next without stifling that creativity and freshness. Indeed, it’s critical to the success of the profession. Sharing knowledge through mentoring is an important part of professional responsibility.

It’s ten years this week since former ACA – SA President Keith Neighbour died, still in office, at the age of 91. He led a remarkable life, with his ambition to become an artist interrupted by the Second World War. After service with the RAAF he was captured by the Japanese in Java in 1942 and was held as a Prisoner of War for 1248 days in camps such as Bicycle Camp in Java, Changi in Singapore and then on the notorious Thai Burma Railway. 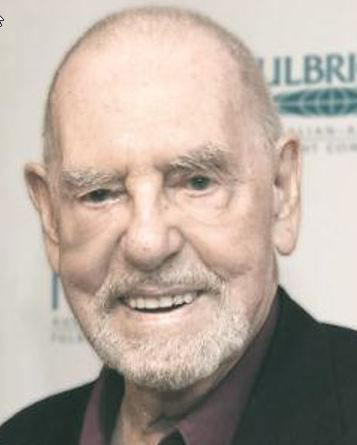 On his return, Keith studied architecture and went on to run the largest practice in Adelaide whilst contributing to the ACA, the Australian Institute of Architects, the Architects Board and many government advisory groups. He was known for his mentoring of younger architects, including me. In South Australia we commemorate this through the Keith Neighbour Graduate Study program, organised by ACA for graduates studying for registration. What we particularly value is that the group is self organising, with recent alumni volunteering to mentor the next group through the process. When those architects move to more responsible positions, such as associates or directors/principals, there are training courses available but few informal support mechanisms. ACA’s Business of Small Practice (BOSP) is one avenue for smaller practices or sole practitioners, but more is required.

After a year where ACA’s primary objective was supporting the profession through lockdowns and downturns, Pulse Checks and IR assistance, one of the priorities this year is to develop more support networks. As many found during the pandemic, running a practice can be a lonely and stressful occupation. We want to broaden the reach of the Architects Mental Wellbeing Forum, as well as look at ways of connecting architects at similar stages in their careers. It doesn’t mean we won’t also tackle the perennial problems of procurement, contracts and fees – in fact, the links between good procurement and a healthy work environment seem fairly obvious.

At the start of this new year, my thanks go to Angelina and the whole team for their tireless dedication through a difficult year. We will welcome new faces to the National Executive meeting on 28 February, with Gilda Donegan elected as the new QLD/NT President and Kukame McPierzie as President in WA. A special thanks to the retiring Presidents Rob Wesener and Malcolm Jones. We’d love feedback from members prior to the meeting as to what other issues we need to consider – we are steadily working through our strategic plan but must be responsive to issues as they arise.

All the best for a new year, which I hope is a little different to the last one!