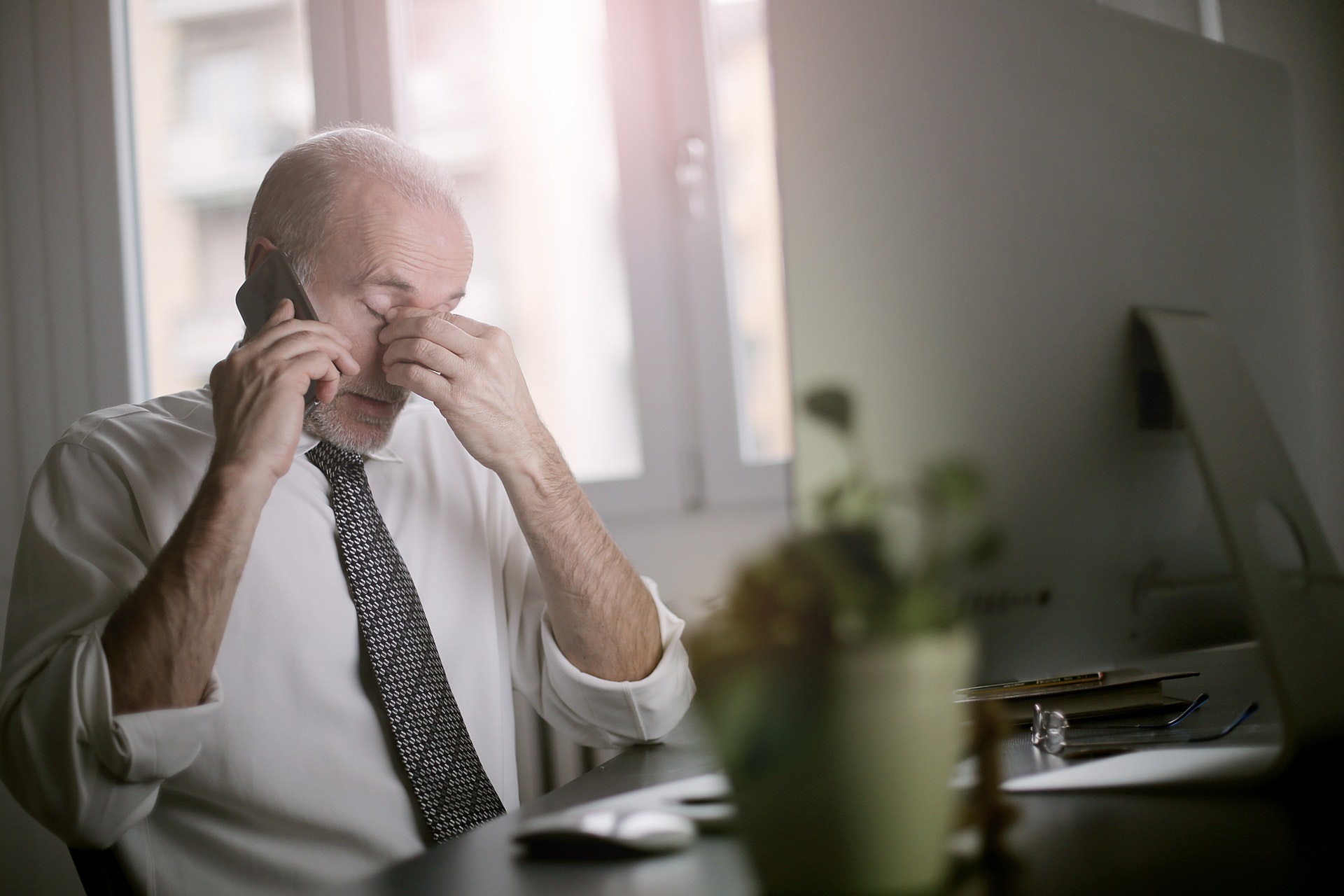 Vesna Koteska, Risk Manager from informed by Planned Cover, unpacks the detail of alternative dispute resolution for consultants through the prism of PI insurance.

It is not uncommon for consultants to experience a dispute at some point in their career.  Projects are increasingly complicated, making the resulting disputes more complex too, but, lengthy and expensive litigation is no longer the default method used to resolve all disputes.

Alternative Dispute Resolution (ADR) is a series of processes and methods used to resolve professional disputes, which are alternative to litigation.

Since the early 1980s, Alternative Dispute Resolution (ADR) has been on the rise in Australia, both in frequency and variety. This has been a critical aspect of improving access to justice and reducing the time and cost of resolving disputes as they become increasingly complex.

Even though a variety of ADR methods exist, a one size fits all approach is often applied despite varying disputes.

ADR processes need to be considered and implemented on a case by case basis, bearing in mind the type, nature and quantum (or value) of a dispute as well as the percentage of liability you may have.

Another thing to consider is the availability of resources; however, this should be weighed up against the quantum of a dispute.

In this article we explore the different methods of ADR available for consultants with PI insurance, and consider:

The Rise of ADR

Alternative Dispute Resolution, commonly referred to as ADR, gained popularity throughout the last four decades, as litigants caught up in long and expensive litigation, increasingly experienced dissatisfaction with the existing legal framework available for resolving disputes.

Rising Cost of Litigation a Driving Force for ADR

With inflation and the state of the economy, including the effects of the pandemic, the standard cost of litigation is now estimated to be $10,000 a day for each party. This includes paying for a solicitor, a barrister and any court costs.

Further to this, disputes have become more complex as consultants embark on bigger and more complicated projects, which come with increased liability. Access to litigation, once the only means of resolving conflict, has become a privilege, and has now further evolved to a last resort. An estimated 80% to 90% of disputes are now resolved before litigation.

Litigation is not only financially taxing but stressful and time consuming. With courts constantly at capacity, ADR can sometimes deliver faster and cheaper outcomes.

ADR has become an all but compulsory step in the dispute resolution process. It is unheard of to bring an action in court without having attempted any form of ADR first. In fact, many courts and tribunals have in-built ADR processes such as mediation meetings. There are also many new types of civil processes and boards, such as DBDRV in Victoria, which make it a requirement to attempt mediation before you are able to apply to have a dispute heard in a court or tribunal.

There are many varieties of ADR; however, the processes most relevant and frequently used by consultants are:

There are also far less commonly used “Dispute Resolution Boards” (DRBs), which are predominantly adopted for very large projects, usually upwards of $100 million in value. Lately there has been some discussion as to whether Australia should embrace DRBs and make this a mainstream method of ADR.

Determinative forms of ADR, particularly arbitration and expert determination, can sometimes deliver faster and cheaper results; however, they often conflict with obligations you owe to your insurer under your professional indemnity policy. This is because professional indemnity policies provide that the insurer has the right to manage the defence of claims notified under the policy, and pre-emptively agreeing to a specific form of determinative dispute resolution prevents this. This is especially true when the dispute involves the errors of other parties, such as a sub-consultant you may have engaged.

In a worst-case scenario, although unlikely, you may be denied cover, so it is important to check that the terms of your consultancy agreements don’t force you into any determinative processes, the biggest culprits being arbitration and expert determination.

If you have made an error or omission in your professional services or are accused of being negligent by your client, you should immediately notify your PI insurer, who will assign a claims manager to handle the dispute on your behalf. The claims manager will take over management of the claim and will assist you in attempting to resolve the dispute by the procedure set out in your consultancy agreement (i.e. with negotiation); however, this may not always be possible as you may be immediately brought into litigation.

If you have any exposure to the claim being made against you, the claims manager will consider all the facts and circumstances of the claim to determine whether the claim is covered by the policy. This includes whether any exclusions in your policy have been triggered.

The usual process involved when a claim arises is:

The most prevalent form of ADR in construction disputes with consultants is mediation. Insurers prefer to resolve disputes with mediation because it is non-determinative.

Different types of ADR are commonly used in construction disputes. Your insurer will consider the value of your claim, as well as your proportion of liability for the overall claim when deciding which method to use to resolve the dispute.

If you have a low value dispute, then your insurer is likely to attempt a cheaper medium such as negotiation, before proceeding to mediation, in an attempt to avoid incurring substantial costs.  In cases of a smaller value dispute, if your insurer believes you are at risk of being found liable, the insurer is likely to attempt to settle, with your approval, on commercial terms as quickly as possible to avoid incurring legal fees.

However when the quantum of the claim is higher, it requires careful consideration. If the dispute is of greater value and more complex, it will be more costly to defend.  It is for this reason that ADR is worth exploring.

It is appropriate to assign the simplest and most cost effective form of ADR to the lowest quantum dispute and, likewise, a more sophisticated form to a large quantum, and likely more complex dispute, which also means greater fees. This also depends on your liability exposure.

You should first follow the ADR procedure set out in your consultancy agreement; however, once this has been exhausted, and if the dispute is not resolved, your claims manager will take over.

The following two examples demonstrate how both the value of a dispute, considered together with the percentage of overall exposure the consultant has in a dispute, determines what method of ADR is first attempted to resolve a dispute.

An architect was engaged on a small commercial project. They specified a colour of paint (black) to be used on external windows, but the specifications were left in the hands of a sub-contractor who had an extensive knowledge of brands and types of paints suitable for certain materials and conditions. Unfortunately, as this was a small project there were not comprehensive terms and conditions agreed upon and it was therefore unclear where the responsibility fell.

A few weeks after the project was finalised, the paint on the windows started to leak off and pool, after some heavy rainfall. This damaged some other external components of the building.

It was found that the type of paint used on the aluminium window frames was not suitable for external use.

It was alleged that the architect should have specified an exact paint product that would be “suitable for the intended purpose”.

The architect successfully established that this was not in their scope of services, and that they had not been negligent in any way.

There was some pushback, so to avoid incurring legal fees, a commercial offer of $2000 (below excess) was made, which would be part of the cost of cleaning the affected materials.

This offer was accepted, and the remainder of the cost and liability fell to the other parties involved, including the window frame manufacturer.

The owners of a newly built residential complex noticed roof overhangs bending downwards and undertook a structural restoration. Alleging that the original construction and design were faulty, the owners sued the engineer, the builder and the architect.

The parties went to mediation twice, and on the second attempt were able to reach a resolution.

The balance was paid by the builder.

You can find more of these examples in the informed by Planned Cover Alternative Dispute Resolution Webinar.

Lessons from ADR in the Professional Indemnity Context

In ADR, there are no “winners” or “losers”. In the case of non-determinative ADR, it is a bargaining process. Any party who is determined to “win” is wasting the other parties’ time. You should always go into any form of ADR with an open mind and genuinely attempt to resolve the dispute. The longer it takes to resolve a dispute, the more it will cost. Your insurer will usually cover your legal fees, if you have a costs exclusive excess/deductible. If you have a costs inclusive excess/deductible, you will be responsible for the legal fees up to the amount of your excess/deductible.

Maintain good relationships from the start

If a dispute arises, other parties are less likely to be adversarial if you have established a good working relationship and have been respectful of one another during the project.

In some cases, disputes are exacerbated by feelings of anger and frustration, and can be very emotionally challenging. This state of mind can lead to a long, drawn-out dispute and it can also become financially taxing.

Good working relationships mean that even when something goes wrong, the foundations for resolution are already there. It is in the best interest of both (or all) parties to cordially resolve the dispute and mitigate any loss as quickly and efficiently as possible.

ADR, unlike litigation, can help parties to a dispute preserve a long-term relationship due in part to the emphasis on finding a mutually agreeable resolution. ADR is a more flexible process than litigation – where courts decide remedies, the parties to a dispute in ADR can come to an agreement that is considered otherwise unusual in a standard legal setting.

ADR Clauses in your consultancy agreements

Most consultancy agreements already have an ADR clause. If you choose to specify a particular kind of ADR process in your contract, be sure to settle on one that suits your business and does not trigger any exclusions in your professional indemnity insurance policy – no one method will suit everyone.

If you are provided with an agreement that already sets out a method, then if you place your professional indemnity insurance through our sister business Planned Cover, you may be able to have your agreement reviewed by one of our risk managers to avoid being bound by any determinative processes, most frequently expert determination and arbitration.

It is best to avoid disputes where possible, which includes maintaining a good working relationship with all other parties on a project, clear communication and records, and assisting the principal to mitigate any loss, at the coalface, rather than letting it escalate.

If you do have a dispute that is covered by your professional indemnity insurance, your insurer will take over management of the dispute and decide how best to approach it depending on the nature of the claim, and the willingness of the other parties to negotiate a resolution.

For more information, examples and an in-depth look at ADR for consultants, watch the Alternative Dispute Resolution webinar. Planned Cover presented this webinar on 8 February 2022 and the recording is now available for purchase through their online CPD library.