Architecture and Journalism - not so different after all 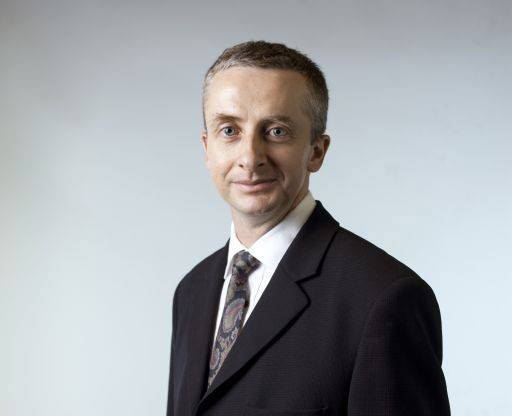 Michael Bleby is a business journalist who has turned his attention to architecture in recent years. He finds that the two professions share many commonalities, and shared uncertainties about future models.

Architects and journalists must be twins separated at birth. It was – most probably – a well-designed and extremely eloquent birth, but the two jobs have so much in common that it feels like they are two sides of the same coin. Even if you disagree with that point, it’s arguable that they are heading down the same evolutionary path.

In essence, both are creative ventures making one bespoke product after another in a world that rewards commoditised output. We’d all love to stand back and revel in our handiwork, but we’re just too damn busy getting on with the next piece of slog to have that luxury.

When one of the superheroes of our industry tells critics to go to hell and gives them the finger, as Frank Gehry so unequivocally did (ahem, to a journalist), we all cheer. And then quickly get back to work on a job that will only ever yield a fraction of the value that Gehry’s work does for him.

Of course, both architecture and journalism are jobs people don’t do unless they really enjoy them. Both require curiosity, thinking and questioning. In my job I can ring someone up, ask them about themselves and they will more often than not answer. I will then tell an audience about them.

An architect will speak to a client and ask questions. In this case the architect – who is even more likely to get an answer than a journalist – will then design something that resolves the issue in question for the client and usually for a wider pool of consumers as well.

There are, of course, differences. Architecture is a profession, with strict rules governing who can claim to be one. I recently quoted someone who was the director of an architecture firm and explained very competently the structure they had designed, but insisted I not refer to him as an architect because he wasn’t yet registered.

Journalism, by contrast, is a trade. There are – and it has to be this way – no formal barriers to entry. Anyone can call themselves a journalist. Of course, this has its downsides. I’m sure we’ve all scratched our heads over some story or other and wondered ‘Is this journalism?’ Or ‘Is this person really a journalist?’

Aside from all the typical problems of poor and uneven work – not to mention the failings of the trade so infamously practised by the UK tabloid industry – this is a growing question for my industry in an era when an increasing number of players who have never been part of the trade seek to provide something they call ‘journalism’. Some former colleagues of mine – very good journalists – are now part of Blue Notes, the ANZ bank’s attempt to provide news about banking and finance to a wider audience.

My former colleagues are genuine about what they do. But they work under a different set of rules from traditional media organisations, with more constraints in what they write about than before. And yet, they call themselves journalists.

For architects, it seems more clear-cut, but perhaps it’s not. There may be more protection of the title, but there is also an ever-greater number of people doing design work outside of the traditional firm. Engineers, designers, draftsmen, builders are all doing work that looks suspiciously similar to what architects claim to do.

So while journalists suffer from people doing something different and calling it ‘journalism’, architects hold their titular purity and suffer other people doing it anyway. It’s a minor difference.

In both jobs there is the challenge to do more with less and to do the job in different ways from before. Architects now deal in information – especially when it comes to encoding the products they specify into a 3D model of a structure, putting that into a form that the asset owners can use at the end when they receive a completed design or structure.

Journalists have to work across a range of different platforms and engage with their audience in a way never required before. With so many sources of information now available to consumers, journalists have to put their product before readers. We are producer and sales person (selling ourselves and our credibility) all in one, not just coming up with news and analysis, but finding the right channels to distribute it into, in the hope that someone will notice it and it won’t just get lost in the overwhelming rush of information flooding people.

But there is one overwhelming challenge both occupations face – to make outsiders see the value in what we do. Good design? You could live without it. Draftsmen or engineers can design residential buildings and schools, even though they might not be as good as they could be. It’s the same with news and information. Some people are happy with online cat pictures and reading Buzzfeed’s ‘Ten things you must do before blinking’, or whatever the next list is. But you need more to keep tabs on the changing world.

Both architecture and journalism face the challenge of convincing people that what they do has value and that they have to pay for it. Both trades are costly to do well and require investment, but the flipside to that argument is the similar to the one about education – if you think it’s expensive, try ignorance. Journalism is already experimenting with new pricing models and so is architecture. Both are works in progress.

Architects and journalists must be twins separated at birth. They’re now both undergoing a rebirth.

Michael Bleby writes about property, construction, architecture and design for The Australian Financial Review in Melbourne. He can be found tweeting via @MichaelBleby or emailed via mbleby@afr.com.au