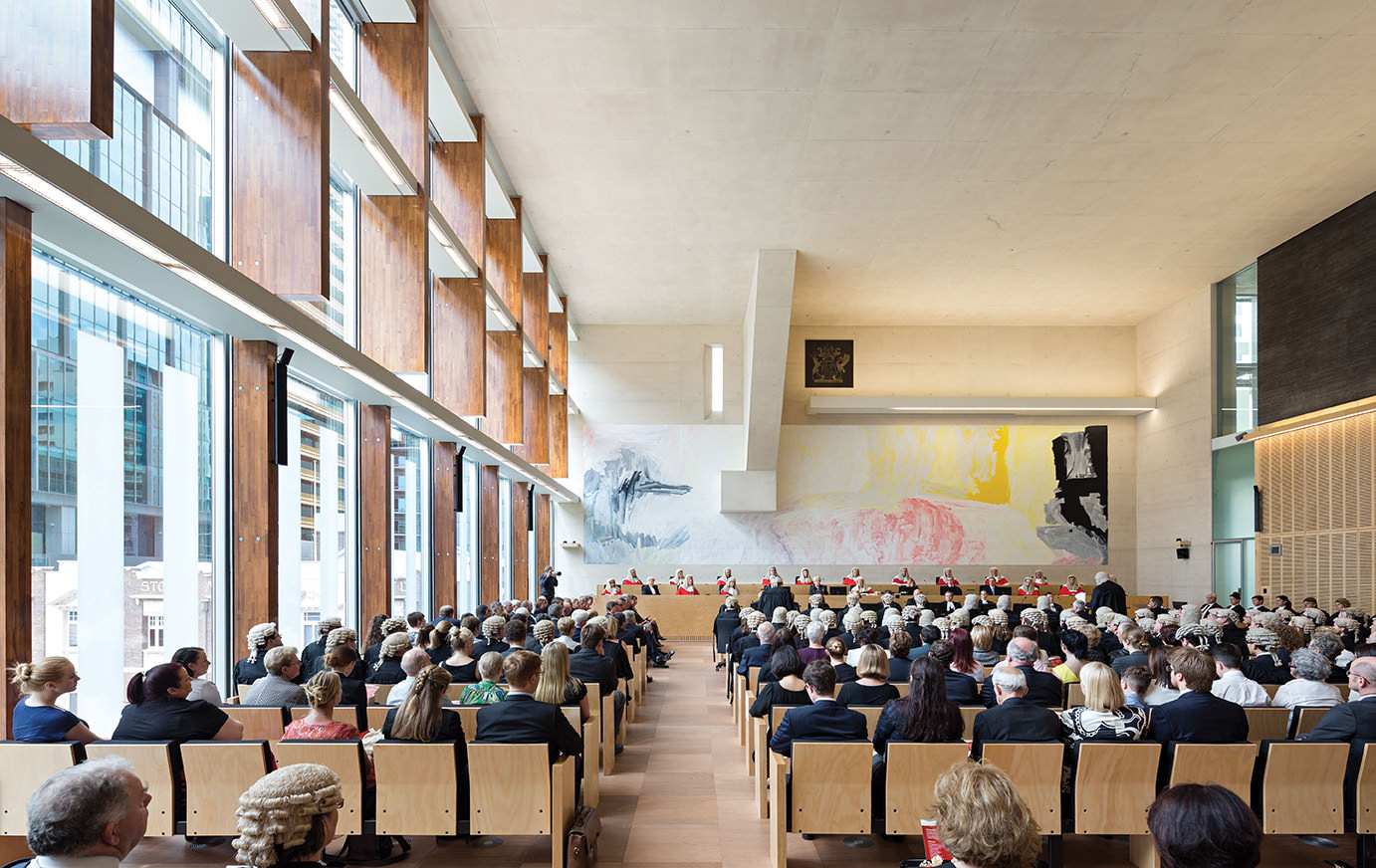 ACA – Qld’s first event for 2014 is a site tour of the new Brisbane Supreme and District Courts by Architectus and Guymer Bailey.

Architectus (John Hocking and John Grealy) in conjunction with Guymer Bailey Architects (Ralph Bailey and Phillip Jackson) designed and documented this significant building. The new Courts building comprises 64,000 square metres of floor space over 17 floors at a cost of $600 million.

Guymer Bailey Landscape worked in association with AECOM’s landscape team on the landscaping including streetscape, Square and various deck plantings, trellises and greenwalls in Roma St and Basement 2 of the building.

The planning of the building is simple and legible utilising an L-shaped plan form. It is bounded by George, Roma and Herschel Streets and the new square off which the main public entrance is located. The extensive use of natural light and transparency is a key feature of this building. Unlike courts of the past, the Brisbane Supreme Court conveys a sense of lightness and transparency. All court rooms have natural light and controlled privacy which was accomplished using fritted glass and blinds within the double-skinned glass facade system.

Sustainable design features include: the double glazed facade for sun and heat control; subfloor services and air conditioning to courtrooms; and green walls and cable vine trellises in the multi-level deck voids within the building.