Home / Knowledge Hub / Opinion / Business Suits vs. Designers: Why architectural practice is going down the gurgler

Business Suits vs. Designers: Why architectural practice is going down the gurgler 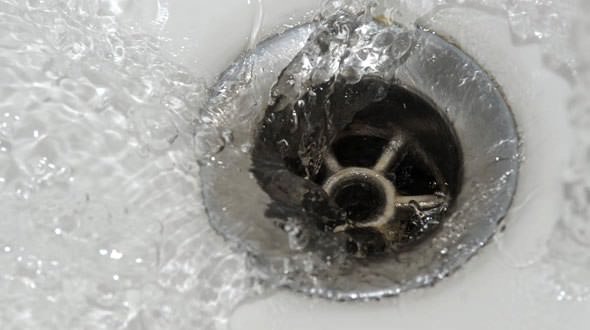 Peter Raisbeck argues that the false opposition between design and business is crippling architecture. We need to bridge the divide to ensure the ongoing viability of the profession.

Recently I met a few other researchers working in the area of architectural services at the Association of Researchers in Construction Management (ARCOM) conference. One was from Western Australia and the other was from Delft. (Delft is one of the largest and most well regarded architecture schools in Europe, my friends there have a large EU-funded research project looking at the nature of architectural services and their value). Over a cup of tea, one of them mused that architecture seems to have a global ideology. “What do you mean?” I asked, thinking that perhaps the counter argument is that architecture is pretty much formed by what Kenneth Frampton called critical regionalism.

She went on to observe that, no matter where you go in the world, in architecture there is always an insanely stupid divide between the ‘creative’ designers and the so-called ‘business’ people of architecture. At her architecture school the in-crowd of design professors turn their noses up and reject the so-called business side of architecture. I agreed and then thought more about it. This divide is contributing to the demise of the profession. It prevents big practices from integrating knowledge and going upstream; it cripples small practices because they often don’t have the business skills they need to make them sustainable.

This divisive refrain has often been driven home to me in the architectural practice classes I teach at the Melbourne School of Design. Every semester students question why they would do business plans as part of the syllabus. Of course, when I talk to practitioners and I tell them we teach business planning in the class at MSD they say ‘that’s awesome’. When I tell they students this they don’t really care, and they don’t really get it until they become practitioners themselves. Even when I say, “you will be more employable if you understand this stuff”, they still don’t seem to get it. It might be the it’s-not-real-until-it’s-real syndrome – or maybe it’s my own inability to communicate effectively in a subject I have taught for some time (I’m still working on that conundrum).

Also, as the so-called ‘practice’ lecturer I am constantly given the impression, that in some way I am written off as some kind of accounting value managing drone who hates architectural design because I have an MBA. Yet, I love Debord and Deleuze and Guattari and late Foucault just as much as the next theoretically inclined architect.

Of course, in other fields it is different. For example, in advertising, the dark heart of capitalism itself, the collaborative tensions between the ‘creatives’, the ‘suits’ and the production people are acknowledged and managed well. Agencies still manage to produce great work that moves people and contributes to brand survival in the spectacle.

What exactly is the business side of architecture?

Thinking about it, I am actually not sure what is meant by the ‘business side’. It is such a vague term, replete with ideological prejudice. Does it mean you just want architects to make money? (Don’t we all want this?) Does it mean if you are ‘pro-business’ you do what aesthetically ignorant clients want? Does it mean you hate design and design processes? I would argue that actually paying attention to the ‘business side’ means architects need to pay attention to the following: Diversity in our team structures, strategic positioning, innovation systems, knowledge management processes, technology implementation and how we respond to emerging forms of procurement.

Oh, and there is that that other area of academic and professional study that is often ignored in architecture schools, and missing from our competency standards, also relegated to the ‘business’ side: Leadership.

Long hours, price cutting and other structural problems of the profession

As the Sydney architect Clinton Cole eloquently argues, the profession is beset by a number of structural problems that impact on its wellbeing and competitiveness. He cites the “hugely entrenched cultural tendency to perform long hours” combined with truckloads of unpaid overtime, anomalies in charge out rates (charging staff out at 40 hours per week but working more than this). As Clinton points out these practices disadvantage women in the profession. Or anyone else seeking a reasonable work life balance for that matter.

Oh, and don’t forget the other structural problems, such as fee competition (along with the persistent rumours about large practice cartels price fixing low fees) and the push in some quarters, even by some architects themselves, to deregulate the word architect.

The need for industry research

Industry development backed by evidenced based research is crucial to help architects argue the case for the value of their work. But, as far as I can tell, the Australian Institute of Architects has had no real research function for years. The Government Architects across Australia are also generally deficient in this regard. So it’s great to see the Association of Consulting Architects taking up this mantle and filling some of the basic research gaps with the fine work of Gill Mathewson.

There is a whole range of research areas that architects could collectively pursue for the benefit of the public, policy makers and even their clients. Design research needs to be recognised and counted in our universities; the point where architecture meets social science research methods such as grounded theory and ethnography is also important.

Let’s face it, in small practice organising and scheduling time, managing cash flow, preparing marketing materials is extremely boring. But it is stuff that needs to be done. In larger firms (any firm really), strategic thinking, marketing and branding, HR and management policies that promote diversity and creativity are vital.

So, if you are a small or solo practice in the outer or inner suburbs of a large city, what do you do? How do you avoid the quagmire of overwork, high stress and the feeling that you are always reacting from crisis to crisis.

In my experience the following things are all definitely worth considering to bridge the divide.

Unless a practice considers acting on the above 7 points it will always struggle.

Of course if you mention business systems to one of those big-name alpha-male architects that adorn the global system of architecture, you will be looked at you as if you some kind of pariah. They always leave it to someone else. As a result, our profession is getting killed. It struggles to explain to clients that there is a direct relationship between design fees and design value. It struggles to shake off the prejudices that the broader public have about architects. More importantly, it is currently struggling to compete with other professions that claim to offer similar services.

The business/creative divide and corresponding global ideology has crippled architecture and threatens to hasten its further demise as a domain of knowledge. As a result, the viability of architecture as a profession is increasingly at stake. Unless the divide is bridged we remain a naive profession full of poetic and narcissistic dreamers who are rapidly losing ground.

Dr Peter Raisbeck is a senior lecturer in architectural practice at the Melbourne School of Design, University of Melbourne. He has had over 20 years of professional experience as an employee and contractor in architecture and project management, and has an MBA in finance. Peter’s research interests focus on the points of convergence between global finance, construction management and architectural design and practice. He believes that architects must grow their profession by understanding that research, practice and theory are inextricably linked together.