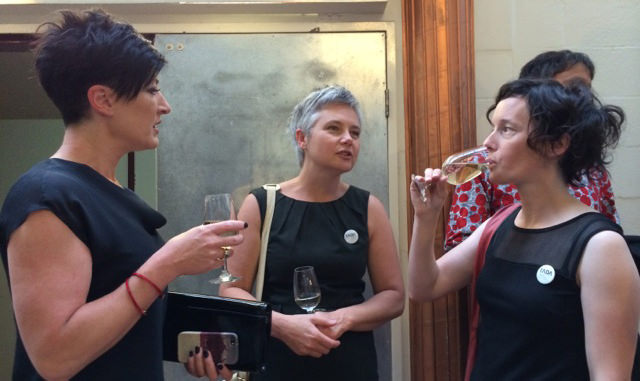 TADA – the Tasmania Advertising and Design Awards – is a new initiative that aims to establish and nurture a uniquely Tasmanian commercial creative vernacular, to raise standards in commercial creativity and to celebrate the very best of what we do on the Island.

TADA celebrated its third year of awards on February 10, 2014, at a gorgeous evening in the Peacock Gallery, Salamanca. It was a resounding success and, refreshingly, award recipients included a number of Tasmanian architectural firms.

All kinds of work are eligible to enter the awards – designed ‘experiences’ from stunts and pop-up installations to screen, audio, ambient works or simply creativity that doesn’t fit anywhere, large or small. This is a great opportunity for architects, who often work on a diverse range of creative endeavours that are not purely about built-form but are deeply engaged in design.

The TADA event is stimulating, provocative and broadening. Recognising and celebrating excellence in a broad range of commercial design in Tasmania, the awards draw together a hitherto isolated ‘gaggle’ of designers into a cohesive family of creatives. This extends to the event itself, and this year’s awards evening featured local gourmet foods by Waji and matched wines by Observatory Hill Vineyard.

Ron Mather, TADA Jury Chair, is an internationally recognised creative legend and it speaks volumes that TADA was able to attract a chairperson of such caliber and esteem to Tasmania. Ron has has twice been voted Australian Creative Director of the year by BRW magazine, has been inducted into the AWARD Hall of Fame and Melbourne Art Directors Club Hall of Fame. He’s been a judge at Cannes and was the first Australian to be Chairman of the New York Clio awards.

As ACA Vic/Tas representative, I congratulate the 2014 awards winners – the works on display were exceptional. To all the entrants I warmly say “well done!” for putting yourself and your work forward. I highly recommend anyone in the broad church of design to investigate this uniquely Tasmanian phenomena. And, if you are working creatively in Tasmania, get involved by participating next year!

Finally my praise to Mark Ringer, TADA founder, who magnanimously drives this wonderful design event. He has singlehandedly changed the way Tasmanians see themselves – and the way the world sees us – as a creative Island landscape.

Jack Birrell is the ACA Tasmanian Representative, and an member of the ACA – Vic/Tas Committee. Photograh of the 2014 awards evening courtesy of Jack Birrell.