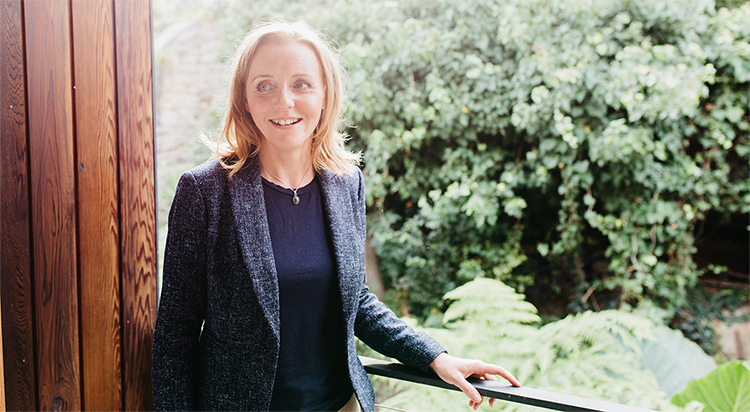 The house lights dim. The excitement is palpable. The crowd hushes except for the occasional whoop. Then the stage lights pop, the beat commences and Robert Plant struts on to the stage to let out the opening wail of “Immigrant Song”. The crowd goes wild. Well I imagine this is what happens because I am not actually old enough to have ever been to a Led Zeppelin concert. You get the idea.

What has this got to do with architecture? Well, the profession has quite liked the idea of the ‘architectural rock star’ or ‘starchitect’ for at least a century or more. Think Frank Lloyd Wright, Le Corbusier, Mies Van Der Rohe, IM Pei, Norman Foster, Richard Rogers, Steven Holl, (and for gender equity) Zaha Hadid. The list goes on and on. Of course, there are Australian “starchitects” as well – Harry Seidler, Glenn Murcutt, Phillip Cox.

This focus on individuals also affects the way many lesser known practices operate. I have been involved in architecture since the early 1990s when I started studying at UTS. I have worked in numerous small practices over the years as well as for a large construction and development company. Throughout this time I have noticed a few commonalities between my employers and the practices in which I worked:

It doesn’t matter what type of practice it is or the type of work that they do, the key feature was always that their work is brilliant and everyone else is a fool. There is also a lot of complaining about how the engineers have stuffed something up or the client just doesn’t know what they’re doing or Council … (don’t get me started on Council). Nobody understands us. Someone should go out and tell the people what we do and why we are important. Someone – just not me, because I am too busy and important.

Harsh? Probably, but I can cite so many actual examples of this behaviour to back up my observations. When I worked for the construction company, my General Manager often referred to getting the architects together as “herding cats”. He was right.

However, I am also optimistic because I believe that there is a change a-coming. I am 45 and feel that I have only just begun to know what I am vaguely doing in this profession. Now I am willing to have this conversation and call the profession’s BS. Because that’s what a lot of it is. Yes, things are changing and changing fast. Not just for architects but for everyone. We as a profession need to evolve and find a different way of doing things if the tried and true systems don’t work anymore.

One way I see this change occurring is in the form of collaboration. Just humour me for a second as we go back to the rock star analogy. There’s often one charismatic lead singer with a small band of talent to support them. It’s you and your band against the world. But these small bands of talented people would once rip shreds off other small bands of talented people. The Blur vs Oasis wars in the 1990s are a classic example.

Things have now changed a lot in the music industry. Collaboration is the new competition. Take Khalid for example, an American singer/songwriter who is so hot right now. He collaborates with all and sundry. He seems to be collaborating on every second song on the radio that my daughter insists is playing in the car while I drive her hither and yon.

So many musical artists these days are collaborating on ‘projects’ for a few months or a year and then moving on to something and someone else. The one historical example I can think of in this regard is David Bowie. While all those other bands were spitting on each other, Mr David Jones was taking the best bits from everyone and using his genius to create something completely new.

I now see it happening in architectural circles with architects around my age and younger. Bored with the ‘tearing strips’ model, they are looking to work together, share offices, share ideas, share knowledge and actually contribute more to the progress of the profession.

I am based in Sydney and am aware of many architectural practices sharing spaces in office buildings – in places such as Marlborough Street or Wentworth Avenue in Surry Hills, in locations in the Inner West and various other pockets of Sydney. They remain individual practices yet no doubt there is cross fertilisation of ideas when people are sharing the same physical space. There are also firms that collaborate on projects for a year or two and then return to their original setups. Firms such as Hill Thalis often collaborate with other firms on many projects.

In the early noughties the Australian Institute of Architects assisted in setting up the local architectural networks. In a Sydney context these include SPUN, IWAN, GreatWAN, and the recently defunct LOWAN and SEA. The Institute has now decided to disassociate itself from these networks, but many are doing their best to survive and continue to provide valuable CPD events for members. Individual practices such as MM+J Architects also organise presentations and talks to share knowledge with other architects.

Some practices set up events outside the standard architectural model such as Emma Rees-Raaijmakers with her Archikidz events, which aim to inspire a whole new generation of young minds. The NSW Architects Registration Board does its bit with the annual Sydney Architecture Festival to bring architecture to a broader audience. These kinds of events don’t happen without contributions from many, many different architectural folk.

I imagine that a similar thing is happening all over Australia. I know that in Melbourne, groups such as Architeam are giving small practice architects the opportunity to learn more about running effective and efficient practices. Parlour does its bit by recording and promoting women in architecture.

The ACA contributes by providing information, articles and guides to assist in the development of more successful architectural practice. Right now an ACA Chat Forum is in its nascent stages to further assist with knowledge sharing in the profession. This is something that has been sadly lacking for many years – unless you were with the ‘in crowd’.

Still other folk, who may or may not be from architectural backgrounds, are interested in promoting both architects and architecture. Bowerbird is connecting architects with publications. Vanity Projects is encouraging architects to use Instagram and their websites more effectively to reach and convert new clients.

These are just the start. There’s probably a whole lot more of which I am not aware. All of these people, working hard on all their different ideas, care more about the perception of the profession within the community rather than just lamenting what they have lost. I honestly believe we need to work in this kind of collegiate way to assist each other to grow, learn and develop so that we might take that place in society that we think we deserve.

To do this, we need to get over ourselves and work with others – even those outside architectural circles – and get more involved in public discourse to get a perfectly valid architectural voice out there. Stand up folks. I’m ready. Who’s with me?

Jennifer Crawford is a registered architect and the founder of Our New Home Coach, a business that helps people build the right house. Photos: Elin Bandmann