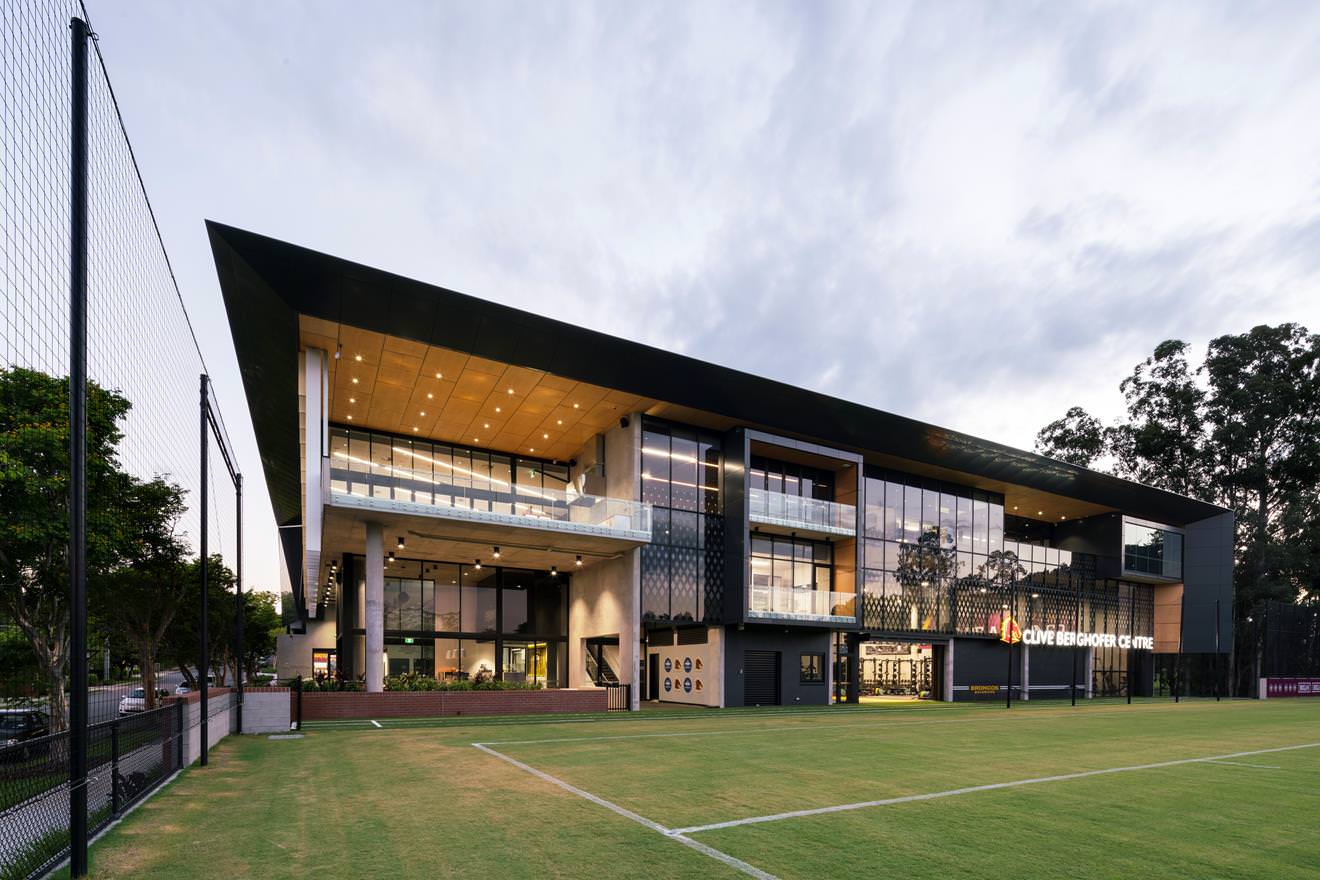 Join the ACA – Qld/NT on 4 September for an exclusive tour of the Brisbane Broncos’ new training, administration and community facility at Red Hill.

The $25 million project was designed by architects Populous and constructed by Hutchinson Builders. The Brisbane Broncos’ new home encompasses a three-level facility with training and rehabilitation areas, coaching staff offices and player meeting and lounge areas, a community education centre, administration offices, and a retail store and cafe.

The building has a new training field to the north, which is the primary visual focus from inside the building. The field is partly on grade and partly on suspended slab, and straddles the adjacent Ithaca Creek in the north-west corner. The eastern facade addresses Fulcher Road with serrated anodised aluminium fins providing solar protection but also mimicking the local roof architecture of the surrounding Red Hill area.

Warrick is a Principal of Populous and has spent the past two decades working on the design, client liaison and project management of a number of stadia, arena and elite training projects in Australia, New Zealand and England, including a five-year period on Wembley National Stadium in London in the early 2000s. He was the Project Leader on the award-winning Cbus Super Stadium on the Gold Coast and for the Stage 2, 3 and 4 Redevelopments at Kardinia Park Stadium in Geelong from 2008 to 2017. He was also responsible for the redevelopment of the Sydney Showgrounds Main Arena into Spotless Stadium, and has been involved with the design and development of training facilities at the Geelong Cats, West Coast Eagles and GWS Giants AFL teams, the Brisbane Broncos, NSWRL and the Australian Rugby Development Centre and UTS Sports Campus completed in 2017.

Michael White joined Hutchinson Builders more than 17 years ago. He currently holds the position of Design and Construction Manager and is based in the Brisbane Head Office. Michael has successfully managed the construction of hundreds of commercial projects across Queensland, New South Wales, Victoria and Tasmania, specialising in unique and difficult builds, including the iconic Brisbane Broncos training facility.

There are limited numbers, so get in quick and RSVP early.

Simply fill in the registration form and return to qld@aca.org.au by noon on Friday, 31 August 2018.