The ACA wishes Richard Young, the current ACA – WA President, well in his retirement, and welcomes Greg Howlett as the new WA President. 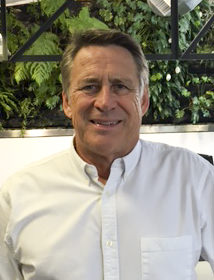 Richard Young, ACA – WA branch President, will be retiring from architectural practice at the end of this year. This means that he will no longer be eligible to be a member of the ACA, and must therefore relinquish his position as President.

At the last branch committee meeting it was unanimously decided that current Vice President, Greg Howlett, will step into role of President for the remainder of the current term. Greg already maintains a very strong profile within the profession in WA and his experience and wisdom will greatly assist the growing reputation of the ACA in WA.

Richard enjoyed over 10 years on the committee, and the last 7 years as President, and he is proud to say that since he took on this role the WA membership has grown from 15 firms to 45 and numbers continue to increase.

He will keep an interested eye on how the practice of architecture evolves in the future and sincerely hopes that all practitioners can work together to enhance the reputation of the architectural profession and to positively address the serious issues of unsustainable fees, unfair contracts and low financial rewards.