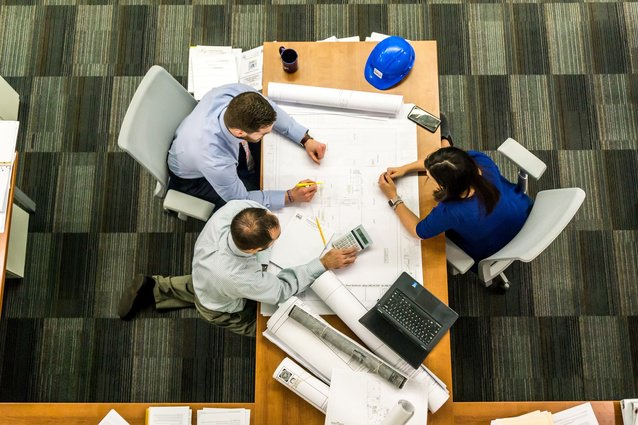 The conversation about fees is taking off across social media. John Held argues that many of the contemporary problems facing architects derive from unpriced risk, and that nationwide research and smarter business practices are part of the solution.

Shaun Carter’s recent article in ArchitectureAU, “Fee MAD-ness (mutually assured destruction): an existential crisis,” outlines his fears about the sustainability of the architecture profession in the wake of continuous fee cutting. While what he said regarding fees is true, it’s been true for a long time and I’m not sure that all of the solutions he suggested are the best ways to fix the problem.

Since the demise of “recommended” fee scales by the RAIA in 2005, after negotiations with the Australian Competition and Consumer Commission, little has been done either to guide architects in how to set fees or to guide the expectations of clients as to what a reasonable fee is.

The Victoria/Tasmania branch of the Association of Consulting Architects Australia (ACA) undertook painstaking work over some years to eventually create the ACA Architects’ Time/Cost Calculator, released in 2015, based on evidence from actual historical projects and with legal advice to ensure compliance with competition law. It emphasized time, not cost, but also ensured that architects were aware of what their real overheads and therefore hourly rates actually were. Version 2 has just been released and has gained a lot of interest from clients, government authorities and architectural faculties as a reference point.

So, if there is a benchmark, why is there still a problem? I believe much of that problem is in the nature of unpriced risk. Just as progress on climate change has been slowed by the degree of unpriced bias toward coal and oil, so progress to better design, documentation and construction outcomes is hampered by the inability to realistically price risk. We don’t value design because we don’t price the cost of poorly designed buildings or cities. We don’t value good documentation because we don’t directly see the risks and costs associated with shoddy documents. We don’t value fair contracts because we don’t realize the cost of the risks involved. We don’t value independent contract administration because often the client isn’t even aware of the future costs of poor construction or substitutions of materials. What is frustrating is that many institutional and government clients don’t understand this either. Why do we have prizes for good design but not for good documentation or good practice? Why couldn’t we create a rating system for documentation, with a price premium for five-star documents?

An article I wrote in 2014 for the ACA called “Deskilling and Reskilling” suggests that we need a new set of skills and that value comes from trusted adviser status, not from a race to the bottom on fees. Many of our current woes stem from our profession giving up ground by not doing things well. We also don’t do negotiation well, particularly on fees and scope.

Of Carter’s three answers, I believe only one is practical – ensuring that governments are model clients. Consult Australia’s recent launch of its Model Client Policy is a positive step and architects need to be active across the whole construction industry in advocating for better procurement processes.

Why do we have prizes for good design but not for good documentation or good practice? Why couldn’t we create a rating system for documentation, with a price premium for five-star documents?

Regulating the number of architecture students seems to me impractical. By all means ensure that courses are relevant to the profession and attract the right people, but messing with the way tertiary institutions set student numbers reinforces the view that there is only one career path for graduates. The complexity of university funding also makes this idea impractical.

While agreeing that the neoliberal agenda has failed in so many ways, I can’t see that there would ever be any appetite for governments to set fee scales and in fact it may be counterproductive as well as appearing self-serving. What would you regulate? What would the scope of works be? How easy would it be to circumvent?

What about other ideas? It’s very hard to argue that architects’ fees have value without evidence. There has been an appalling lack of research on issues relevant to architectural practice since the 1999 CSIRO research paper on architectural fees. The 2016 “SA State of the Profession survey report” by the South Australia branch of the ACA gave a snapshot of the profession, but only in one state and it raised as many questions as answers – such as why do so many architects leave the profession mid-career and where do they go? A national approach to practice research, with decent funding and the capacity to generate a long-term longitudinal study with many inputs, including career paths, salaries, gender balances, services offered and modes of practice, could lay the foundation of persuasive arguments for the value of our work. At the same time, we can become smarter at business. Robert Peake suggests that 30 percent of our effort is wasted. It’s just a question of working out which 30 percent is the wasted bit.

I’m still optimistic about the future. Working with graduates who are passionate about design, who embrace new technologies and models of practice, is a blessing. Reading the ACA “Where To From Here” series gives me hope that we can keep reinventing the profession. Let’s mutually assure our future, not our destruction.

John Held is ACA – SA President and a Director of Russell & Yelland. This article first appeared on Architecture AU and is republished here with permission.