There was standing room only at the ACA’s recent Data at Work event in Fremantle, which combined a presentation of Parlour’s most recent data analysis with a panel discussion about future action and advocacy. Emma Brain reports. 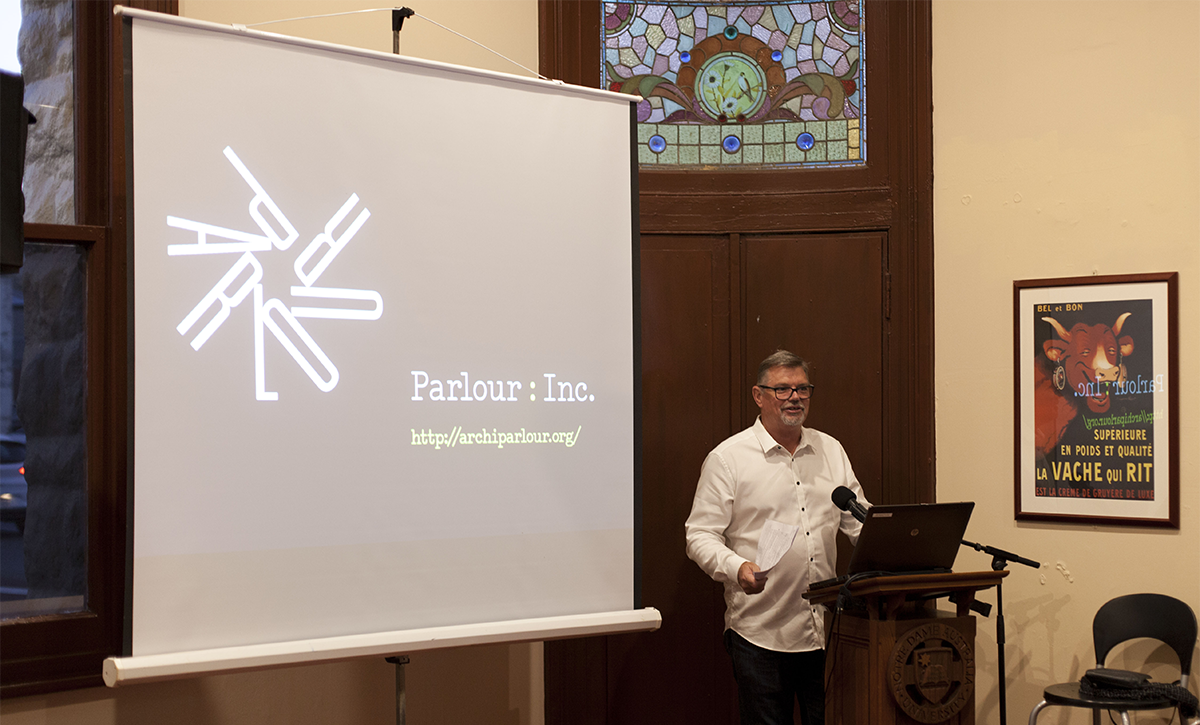 On 21 March at a sell-out event at Fremantle’s Notre Dame University, Dr Gill Matthewson, co-founder of Parlour and architectural educator and researcher at Monash University, presented Data at Work, her research into women’s participation rates in architecture.

A copy of the Parlour Census Report 2001–2016 is available through Parlour, so we won’t go into too much detail. Suffice to say that a collective gulp was heard across the audience as Gill downloaded the stats. 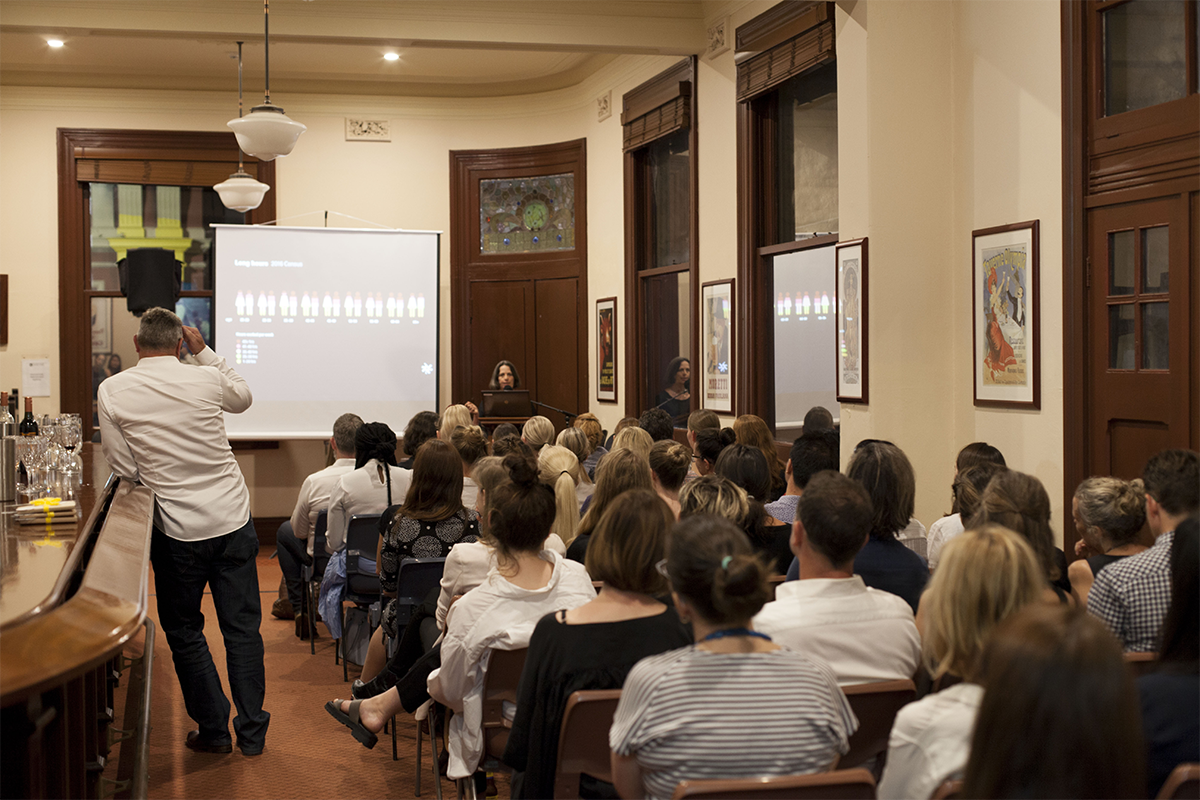 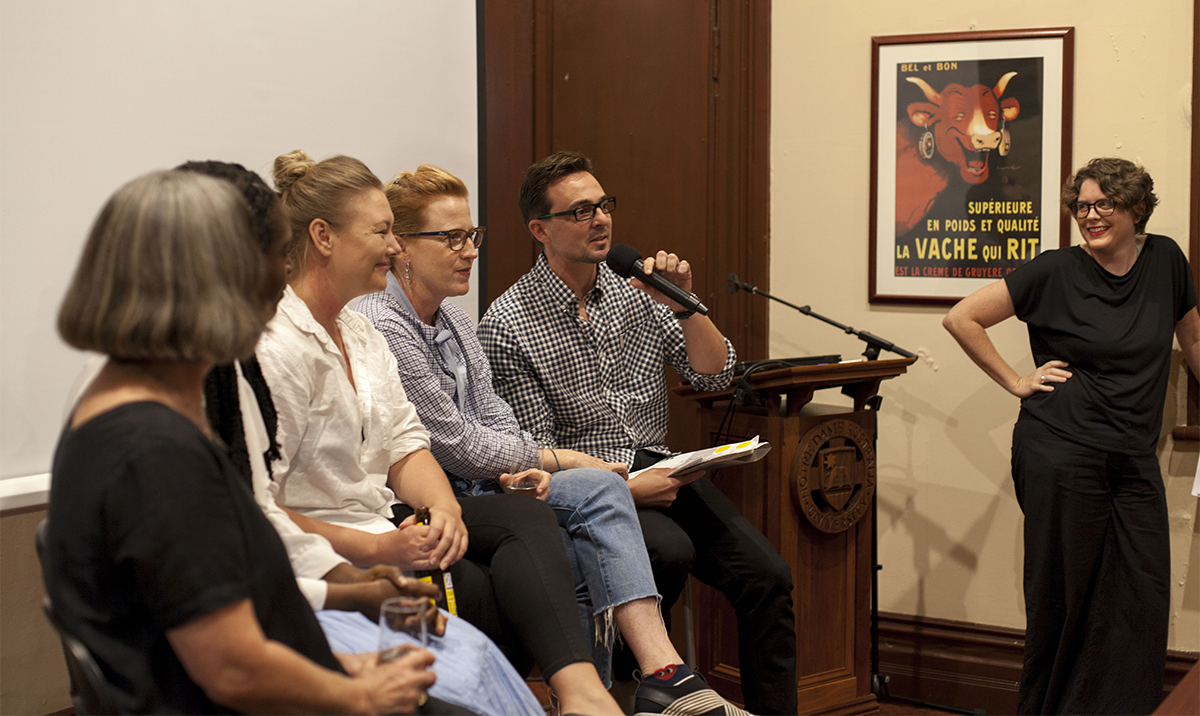 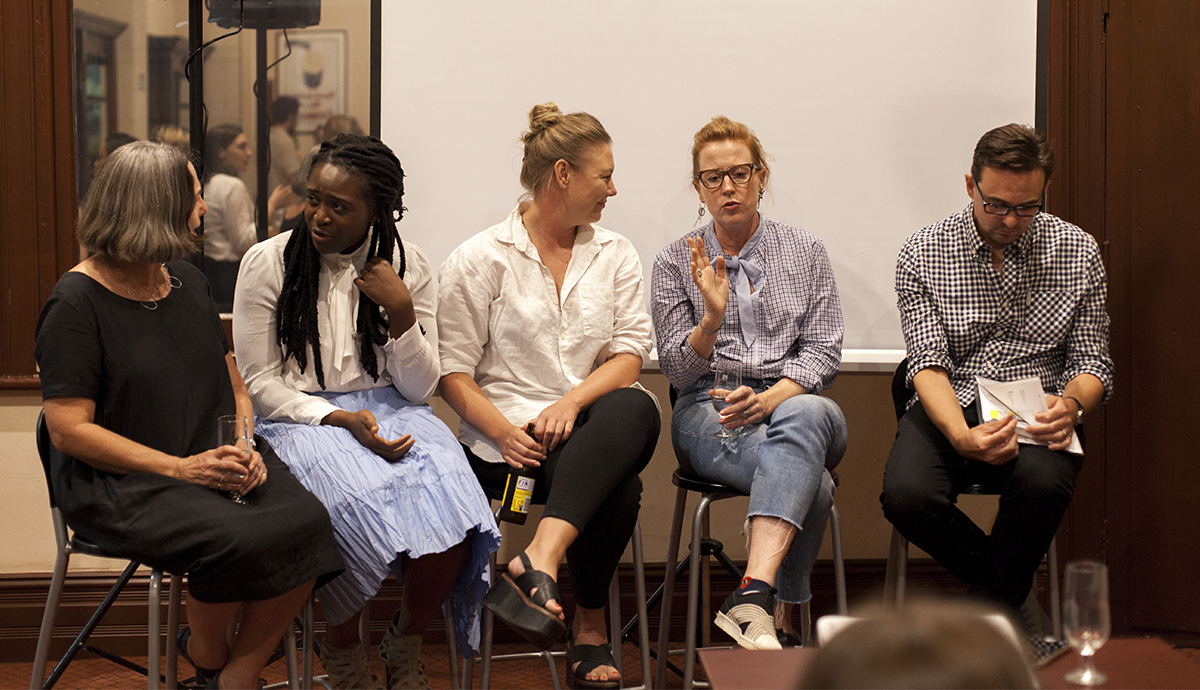 Here’s an overview of some of the key comments to come out of Gill’s presentation and the panel discussion that followed:

Thank you to Dr Robyn Creagh from Notre Dame University for facilitating the conversation and to the University for allowing us to use the fantastic heritage bar in the School of Arts and Science as our venue. Thanks also to Parlour partner AWS and the Australian Institute of Architects. 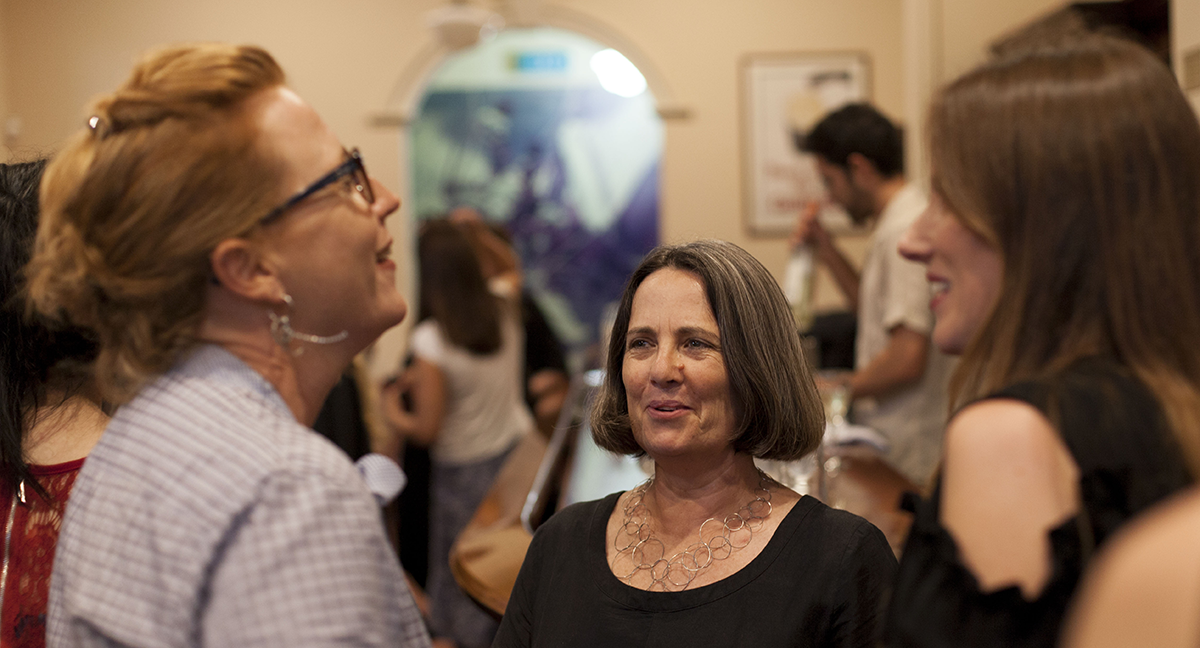 Former and current members of the Institute’s National Committee for Gender Equity Emma Williamson, Gill Matthewson and Kellie McGivern catch up after the presentation.

Emma Brain is the Executive Officer of the ACA – WA and Head of Communications at The Fulcrum Agency.

All images by Kelsey Jovanou.