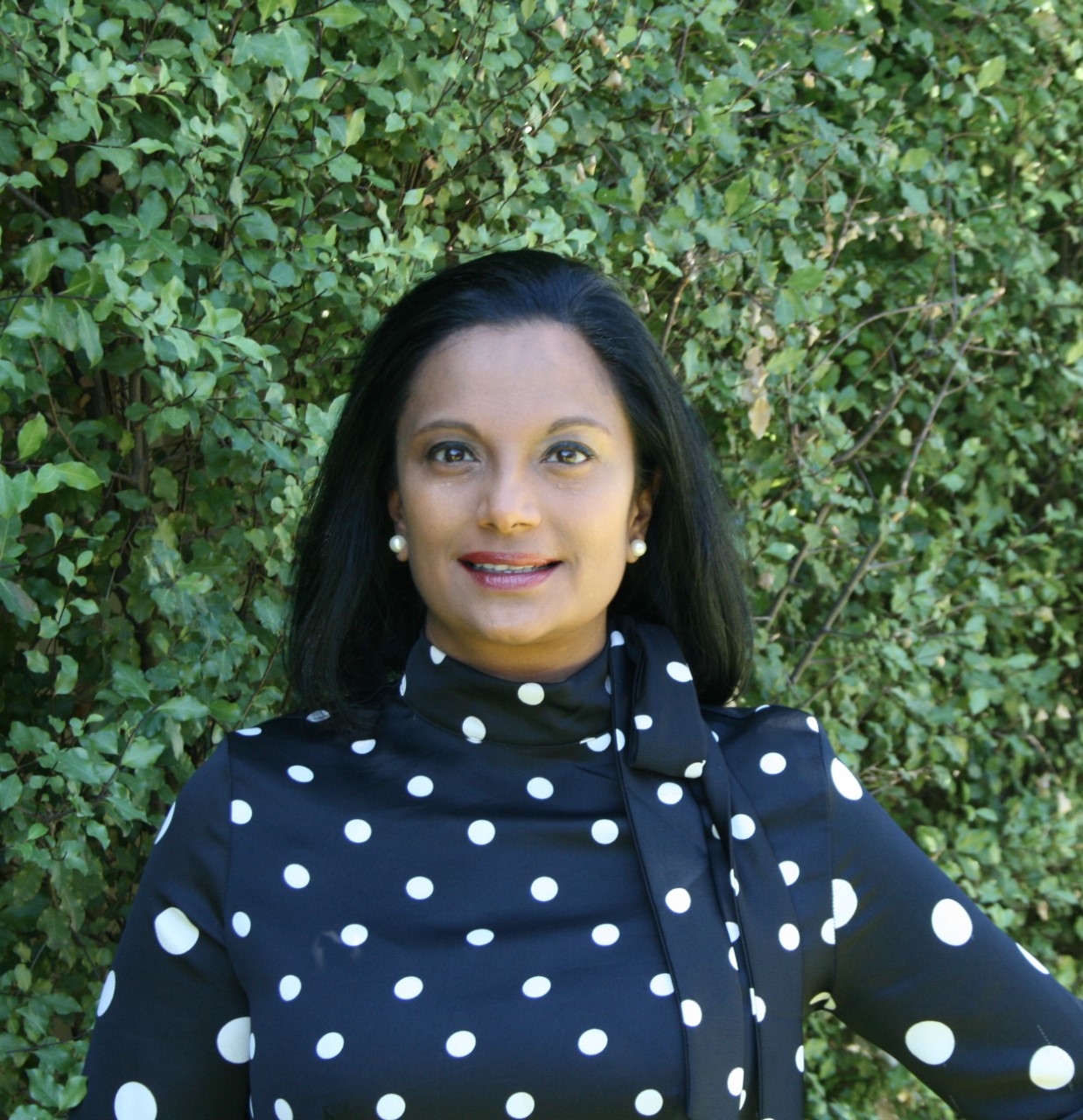 As International Women’s Day 2019 approaches, ACA CEO Angelina Pillai reflects on her upbringing, the importance of seeing strong women leaders in public life, and the need to push for basic human rights for all.

Growing up in a little suburb 5½ miles from the GPO of Kuala Lumpur city, I had a very normal childhood, Malaysian style. Mornings began with a traditional breakfast of nasi lemak, then half an hour practising the scales on the piano, followed by two hours of homework. We would then board the local bus for school drop-offs at 1.25pm and school pickups were at night (around 7pm), when the moon would be our guiding light. I should mention that schools in Malaysia offer a two-session system, due to the large number of students and shortage of schools. I normally ended up in the afternoon session, quite conveniently…

I went to an all-girls convent Catholic school in a predominantly Muslim county, with a myriad of nationalities to enjoy our fully immersed curriculum for the day, broken up only by recess which was centred around more food that we all shared in the canteen (courtesy of multicultural backgrounds with mouth-watering lunch-boxes – it was inclusion and diversity at its best). It was also lots of fun.

Our principal was a strong and imposing woman who made sure that as young impressionable girls, we all had a story to tell the world. “Make it an interesting story ladies, so people will listen”, she ordered. “As women you must speak louder, smarter and funnier”!

It was a poignant feature of life as I reflect on the many powerful Asian women in the region that influenced my view of the role that women played in our communities. The 1970s and 80s were filled with them, most notably in politics – Indira Gandhi, Benazir Bhutto, Corazon Aquino and then locally, Tan Sri Napsiah Omar, PG Lim, Irene Fernandez, Yasmin Ahmad and Mother Mangalam. The latter names may not be familiar to many (though a quick google search will clear that up – politician, lawyer, activist, movie producer and Malaysia’s own Mother Teresa!) and collectively they were a controversial bunch. But they were making history and creating impact around me and that was powerful.

So, I never quite understood why the world felt that there was gender inequality? Men and women are the same – they just did different things, didn’t they?

Then I attended an International Women’s Day event and learnt the history behind the celebration. It’s a commanding message, yet I feel it’s often blurred by the one-dimensional agendas of people who don’t quite understand the meaning behind the meaning. It’s not about blame, or guilt. I don’t think it’s about extreme feminism or the battle of sexes.

To me it symbolises the need to continue educating the world about basic human rights. As I reflect on my own upbringing that places women at the centre of our communities, I also have to acknowledge that there were women around me growing up who weren’t at the helm of men, who played a traditional family role because they chose to and yes, at the time, many also didn’t have a choice. That’s just the way it was – rightly or wrongly. 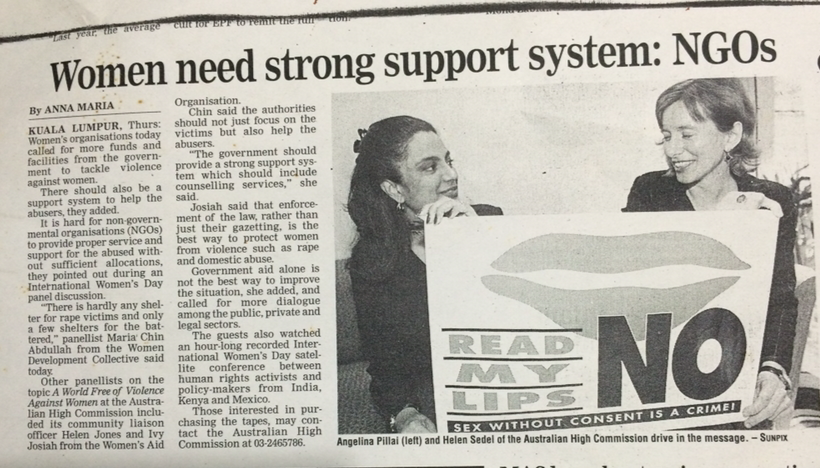 My introduction to International Women’s Day was at a conference in 1998, when I worked for the Australian High Commission in Kuala Lumpur.

Today, many women choose to have children and leave the workforce to raise the future generation. They are proud to be the chief domestic officer and see the importance of that role in our communities. And so they should. And when they are ready, they navigate their way back into the workforce and try and pick up from where they left off, yet sadly nowhere near where their male counterparts are in the organisational hierarchy.

And because they’ve been MIA for at least a year and, in many cases, several years, they are paid less, don’t have the recognition they once held, are scrutinised for not being up-to-date with the exponential changes to everyday work, and when described to be ‘working from home’, it’s complemented by the ever-distracting act of virtual quotation marks made to represent that flexible workplace arrangement. You know the one…

How about we continue supporting the leaders and employers with helping them transition women back into the workforce. How about we say to those returning from maternity leave, “Welcome back! And since you’ve been away for almost a year, guess what? All that experience over the past one year – breastfeeding, nappy changing, mothers grouping, sleepless nights – well, we’re going to count that as recognition of business competency skills, like workplace ‘credits’. Those competencies include: communicating effectively, managing performance, negotiating with influence, building resilience, mitigating risk and not forgetting teamwork! Your colleagues will be sure to support your transition back to work and we will provide all the necessary help you require to fit right back in seamlessly.”

Ok – so the reality is not all businesses will be able to do this. But let’s pause and think about that though…

As members of an association that supports the business of architecture, let’s remind ourselves that we can support the cause for women in architecture in our own ways. I urge you to think about creative, yet meaningful ways to give support. As leaders in your communities, and in the profession, your mentoring and influence in convincing people to think twice about the gender issue is vital. You have the power to shift mindsets and enable change.

Let’s continue the conversation at work, at events, at conferences, in school yards and BBQs. Everyone at these places will more than likely be a worker somewhere. They will all have had to deal with these issues, either at the receiving end, at the giving end or as an observer. But if we can call it out for what it is among the people we connect with every day – friends, relatives, colleagues, strangers – then WE become the champions of change in our own right.

IWD 2019 should not just be another day where having a glass of champagne is (almost) acceptable for breakfast. Nor should it be a day about ‘us’ and ‘them’. It should signal our commitment to influence, educate and act – for all people – women, men, non-binary.

And maybe, just maybe (as my teenage sons keep hoping) one day we can do without IWD or IMD and celebrate International People’s Day – IPD, everyday – where we all come together to celebrate how wonderfully diverse we all are and rejoice in the respect and parity gained from living, working and playing side by side.

Angelina Pillai is the new Chief Executive Officer of the Association of Consulting Architects Australia.