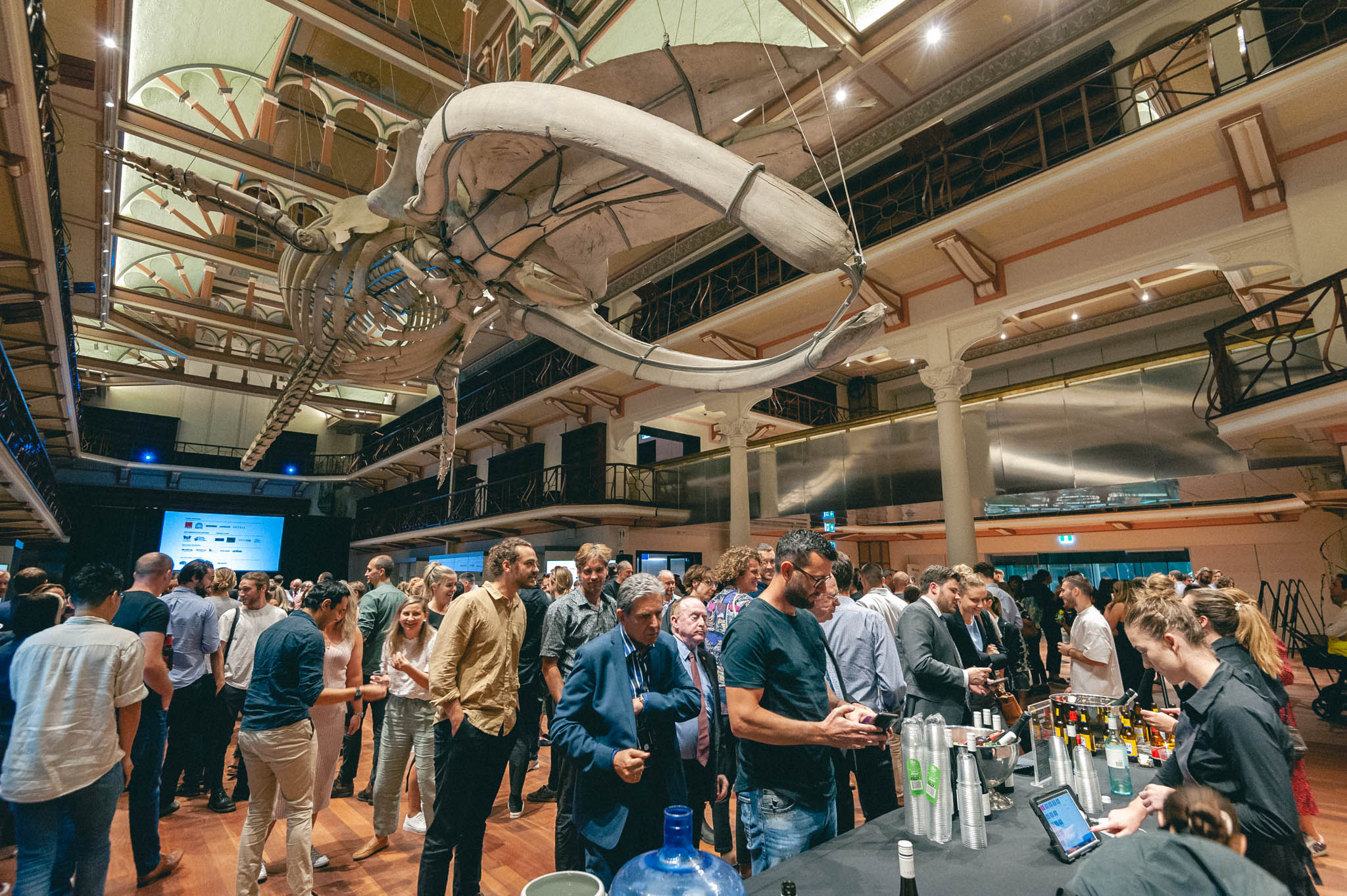 On 31 March, the WA branch hosted its most ambitious event yet – a symposium on the State Government’s proposed policy to guide medium density developments across Western Australia. Emma Brain provides a recap.

The symposium, which was co-curated with Open House Perth, was held in the WA Museum Boola Bardip and attended by more than 250 architects, designers, landscape architects, planners, government representatives and developers. Fittingly, we themed the event ‘all in this together’.

David Caddy, Chair of the WA Planning Commission (below), opened the discussion with an overview of the strategy. His view is that “design should not be a subjective construct” but something that can be influenced through good policy. Caddy noted that current suburban infill is typified by poor quality architecture, a lack of diversity and significant loss of urban tree canopy. He emphasised that the key motivation of the policy is to improve quality of life for individuals and communities across the state. 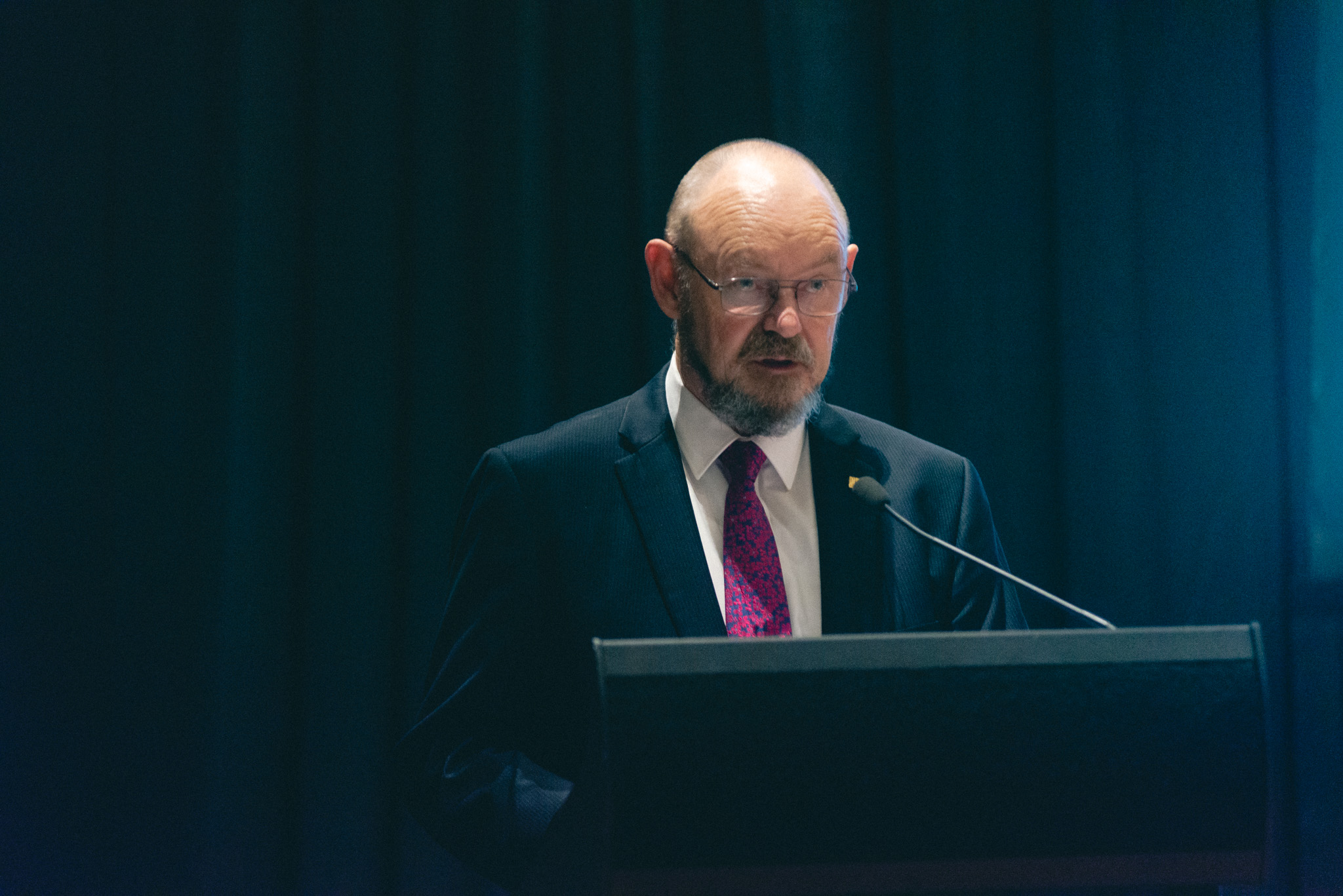 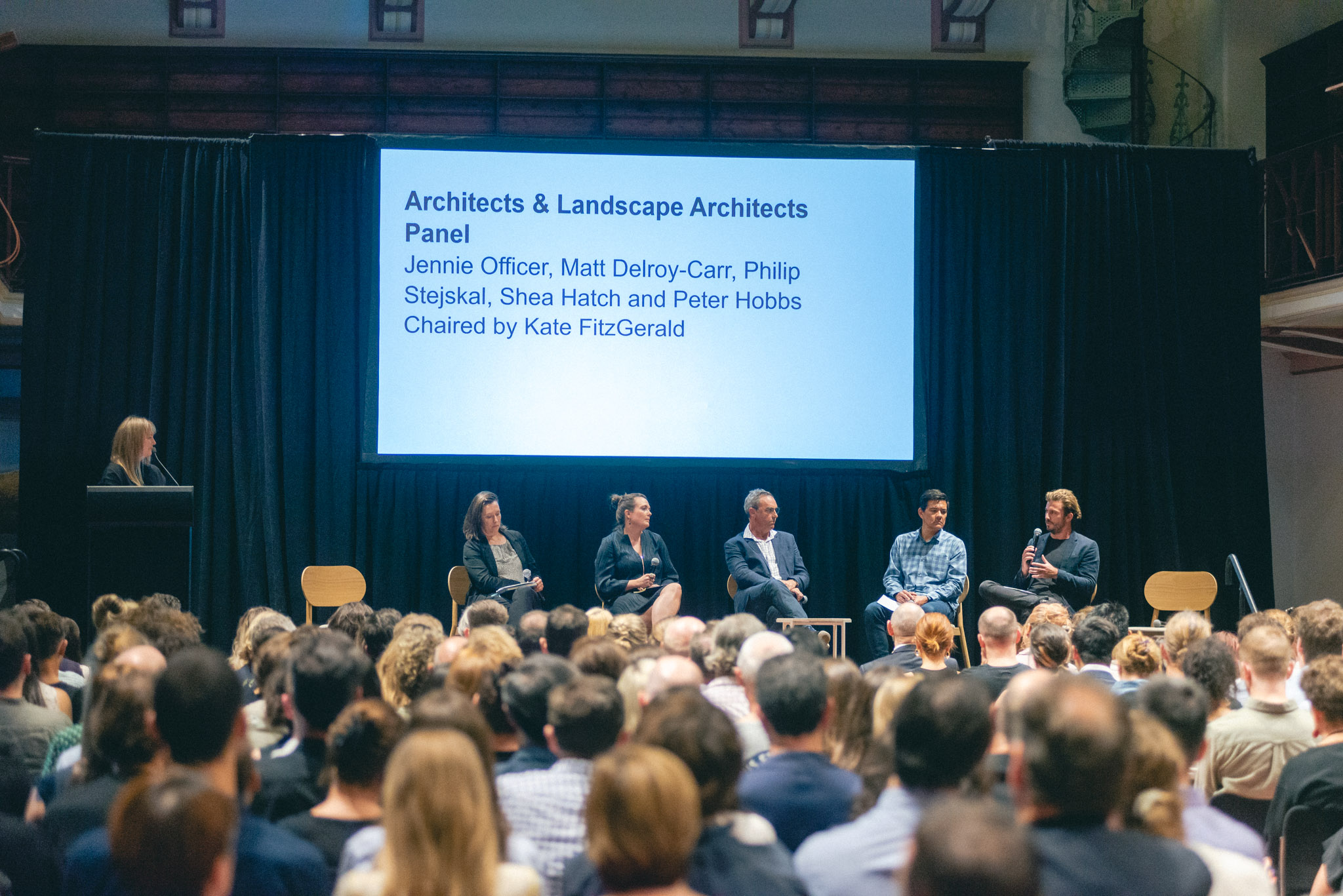 The purpose of the symposium, which we curated with Open House Perth, was to offer a platform where the policy could be discussed and critiqued ahead of its formal adoption. ACA WA Vice President, Kate Fitzgerald suggested that the “skills and knowledge we need to deliver change are here in the room tonight. We have a state full of talented people ready to design and deliver high quality medium density on the supply side, but it will take time for local government systems and processes to adapt their current status quo…”.

Kate called on local government to use the experience of architects to improve their processes: “not every project can afford an architect/and or landscape architect, but every local government can.” WA Chapter President of the Institute, Peter Hobbs went on to suggest that each Council should have a city architect to help planners interpret designs.

David Caddy’s presentation was followed by two panel discussions involving representatives from the architecture profession, landscape, planning, development and government. Government Architect Rebecca Moore reiterated that innovation can only be delivered through working together at all levels of decision-making, including local government, citing Brian Klopper’s work with the City of Fremantle as an exemplar for brave collaboration.

While panel members were broadly supportive of the policy, particularly its coupling of the primary living space with the garden, questions were raised about whether it goes far enough when it comes to parking requirements and tree retention. ACA member, Phil Stejskal, also questioned whether it adequately responded to a future accelerated by the pandemic, in which more people are living and working in the same suburb. As to be expected, the developers on the panel reflected on the financial factors that impact development, such as bank valuations and lending mechanisms, particularly in areas of lower land value.

As Kate said, “there are many great examples of high-quality infill development being delivered by our best developers and design professionals in WA, and we are looking forward to the best housing our state has to offer becoming the norm.” The ACA congratulates the West Australian Government for taking an open and collaborative approach to planning of our cities and communities. We hope that this symposium is the first of many to involve conversation between the diverse professions that determine the future of our built environment.

More can be read about the Medium Density Policy here.

Comments are due by Friday 16th April. 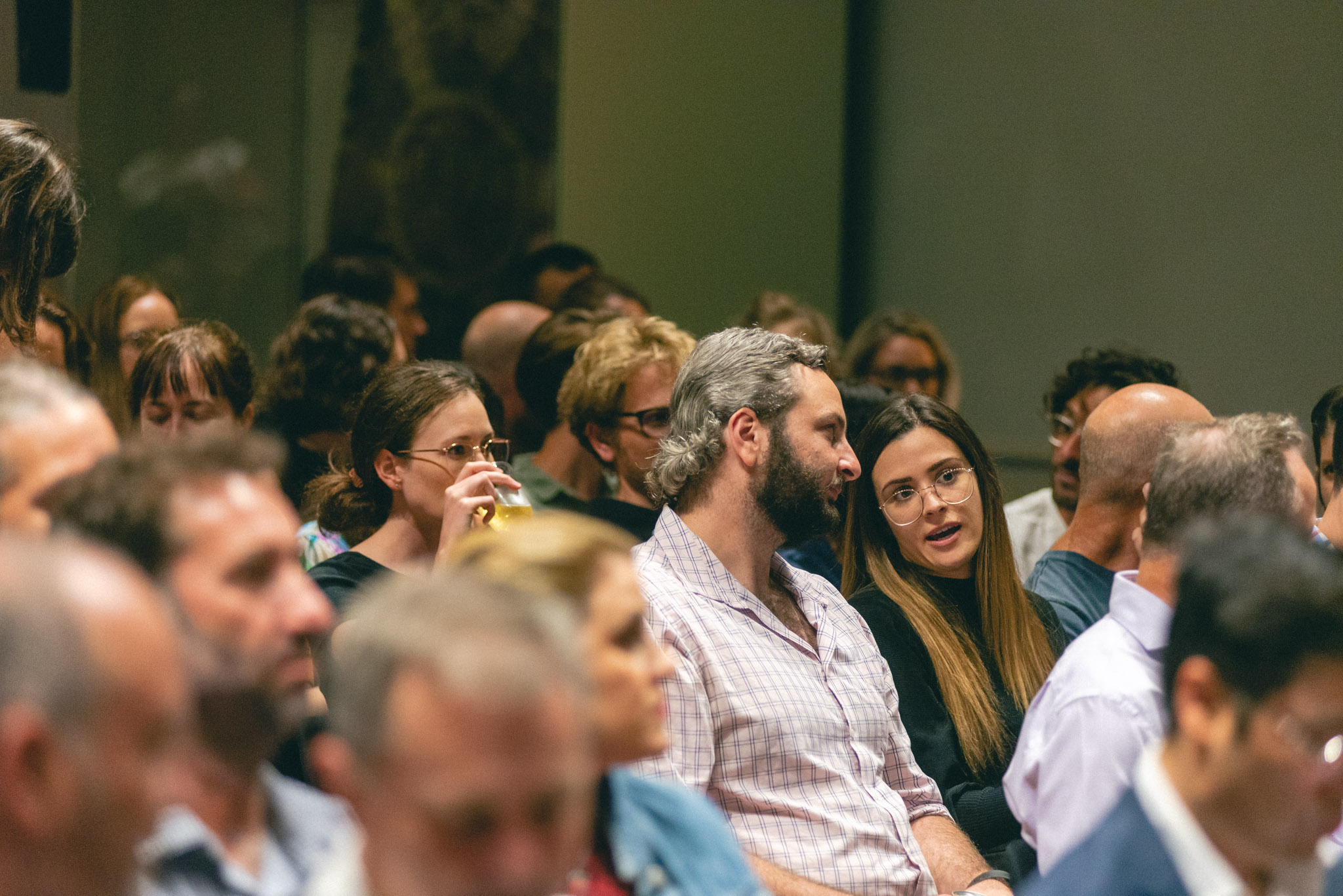 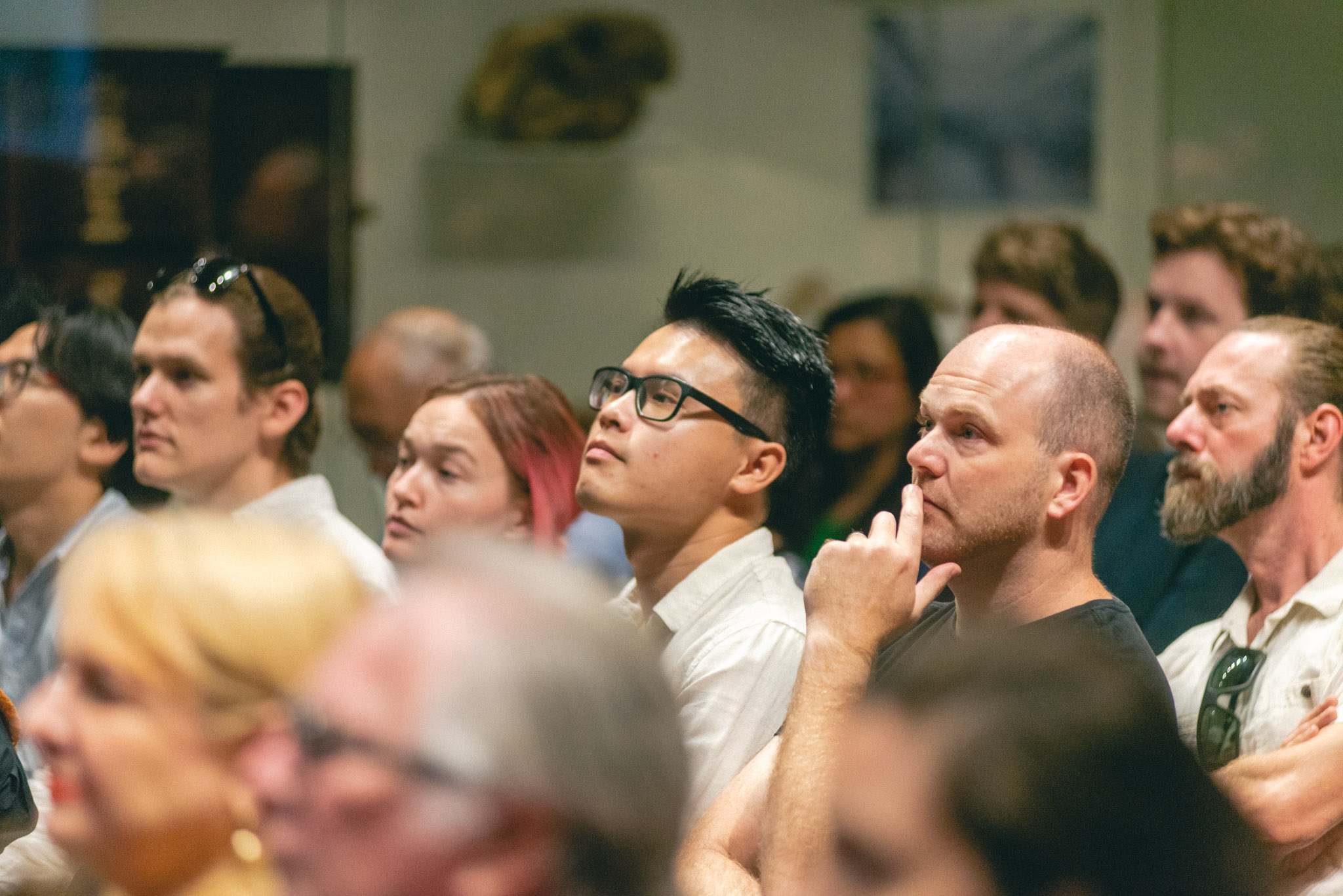