Vice President of the NSW/ACT branch Michael Lewarne discusses his early career, lessons learned in practice, and the value of thinking critically, maintaining curiosity, and making space for opportunities along the way. 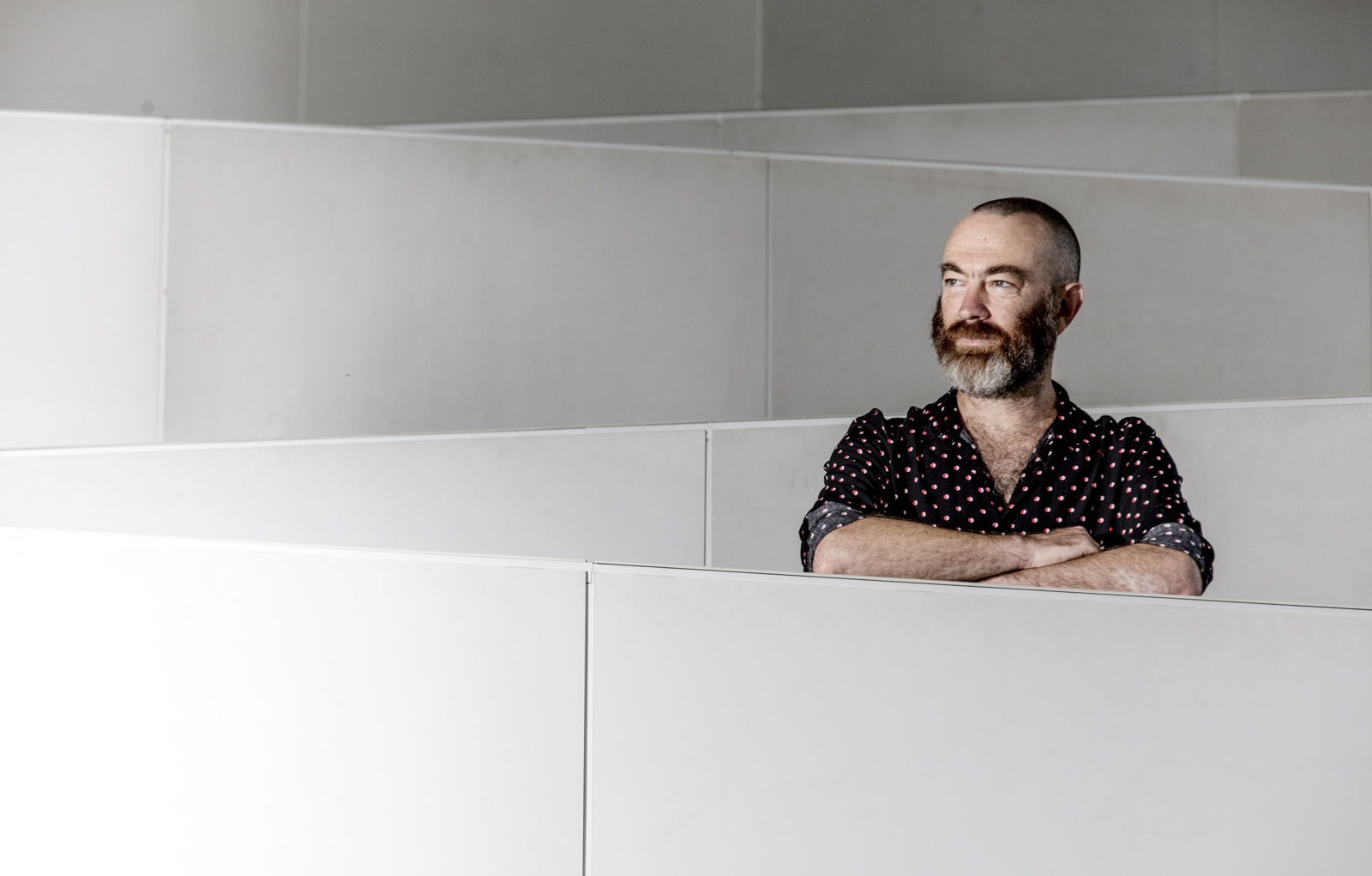 Can you talk a little bit about your early career? How did you start out? What was your work experience like before you started your own practice?

When I finished uni in late 1993, I was tired and there was a major downturn in the industry. I decided not to endure the job interview merry-go-round; instead, I worked in a bottle shop, studied small business at TAFE and did a bit of model making among some other fun pursuits. That first year I ended up being offered some work with a wonderful small practitioner, Bruce Willoughby, two days a week. It turned out to be an incredibly enjoyable experience for around a year. I then somehow ended up full time at Vintage Cellars as an assistant manager, which was a valuable experience in many ways.

My architectural career really only started about two and a half years out of uni, in mid-late 1996, when I was offered work at Hill Thalis, where I remained for about nine years. These early years were all incredibly formative – the work outside architecture and the opportunity to work at Hill Thalis. Philip Thalis was the most generous employer I could have hoped for, proving insight and support, knowledge sharing and mentoring. This first decade or so left me with a rich and broad understanding of people, the work of architecture and the context within which it is practised.

How did your career develop from there? Were there key moments that shaped your career and how did you respond to these? What advice can you give some of our younger readers on building a career?

My career has been anything but conventional. I was constantly curious and maintained a questioning (some may say critical) mindset. I made space for other opportunities and in this I must acknowledge Philip’s support and encouragement. While employed at Hill Thalis I also undertook some public art projects, an Industrial Design degree and other various bits and pieces. Ultimately, I reached a point at Hill Thalis where I realised I needed to do the work myself, to establish if I could stand on my own feet, and work out how I might be able to juggle a multiplicity of interests and turn them into a career. It was organic.

My best advice is to be curious, think critically and make space where other things can happen. Space is where the magic is.

Also, don’t forget: everything is a choice. You don’t have to follow. You can choose change.

Do you think improvements can be made in how architects are educated and taught about the business side of architecture?

The short answer is yes, but perhaps not in the way that most people would consider. I think there’s a big problem in the business of architecture; the existing model has been sustained for far too long and it’s not working. It’s entrenched in the culture and that needs to change. It’s a culture of long hours, sacrifice, undervaluing of the work we do and so on. In the long term we need to rethink the business of architecture and it begins with culture –  the way we do things. Culture is driven by its leaders. There’s a misconception that leadership comes from the top, but that’s not necessarily the case. I think we need to develop better leaders – and that begins at university. Better leaders, better business.

Did you always know you were going to set up your own practice? Can you talk us through your preparation for this?

I always thought it was likely. I didn’t know what I might necessarily do or what it might look like. It wasn’t necessarily clear that it would be architecture. As I mentioned, I did a small business course at TAFE when I finished uni. After the course I became much more aware of this aspect of work. It meant that I paid so much more attention to what was going on around me, rather than it going over my head through ignorance. From what I’ve already said it’s probably obvious that I didn’t do much more preparation than this, but I maintained a curious mindset and continued to dabble in different things that all fed into an unconscious preparation.

What I did know was that if I ever set up a practice that it was likely to be with my co-Director Angelo Korsanos. We’d studied at uni together, worked at Hill Thalis together and had numerous conversations about the possibility over the years, until the opportunity presented itself. We’d always recognised that we’d be a good team. He’s the more disciplined and focused one of the business; I’m just the grit in the oyster. The whole is greater than the sum of its parts.

Can you tell us about a key project that provided a turning point in the life of the practice?

The key project was a six-storey apartment building out in Yagoona. It was the project that meant we needed to set up an office. Having such a large and sustaining project for a small office was a huge privilege and extremely lucky. It allowed us to put a large flag in the ground saying this is what we do, and we do it well. The clients on this project were exceptional, working very hard to make it the best possible building they could within the tight constraints of a market in western Sydney. The fact that it won a commendation in the NSW Awards, despite the tight constraints, is testament to the quality of the clients we were working with. We learnt a huge amount from this project.

The next key project is the one about to finish construction, the Cronulla Surf Life Saving Club. It’s a project that we’re about to use to pivot and reframe our practice. Stay tuned… 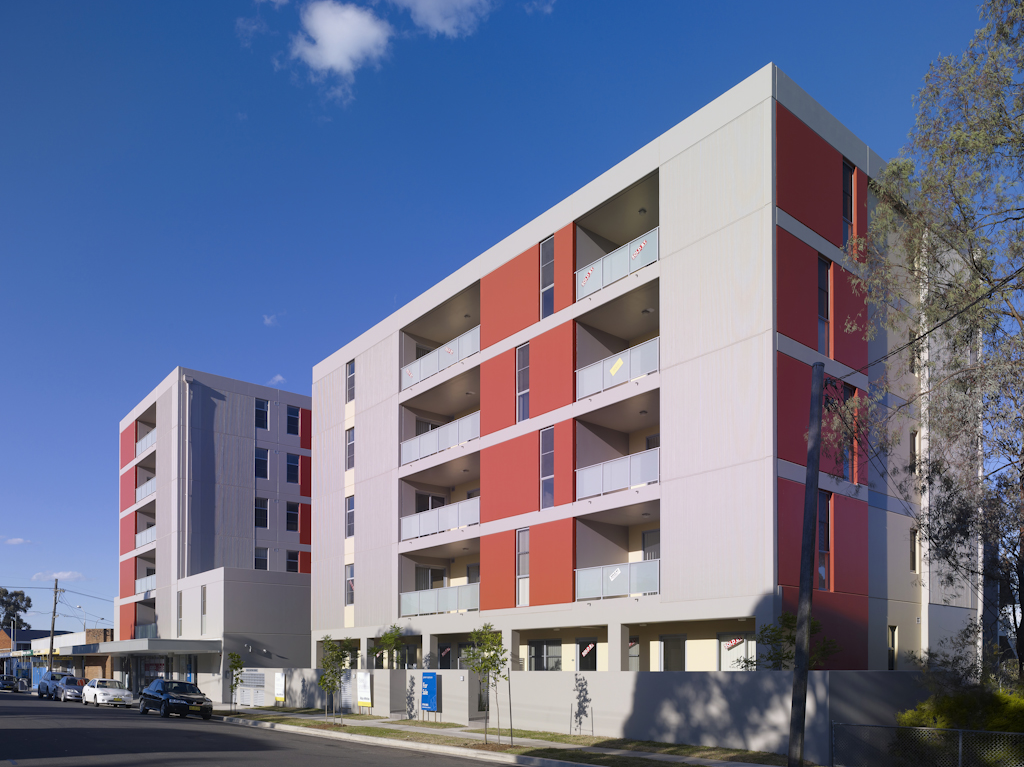 What have been some of the key lessons you have learned about running your own practice?

When we started, I think we felt we’d done, and were doing, all the right things. This was based upon both our past experience, as well as the additional knowledge I’d gained from my small business education. We were on top of the architectural side and the basic numbers side and we thought if we build it, they will come. It turned out we really didn’t have a good handle on the development of our brand, as well as the marketing side. We really struggled with this and it’s only been in the last couple of years through some hard work that we’ve started to get our heads around the branding and marketing side of practice. It is, in part, what is driving the reframe of our practice.

If you had one piece of advice for someone starting out in practice, what would it be?

That you don’t have to, nor should you, work alone. I’ve become a huge fan of mentors and coaching. My advice is to go and find a mentor, preferably two (one from outside architecture), and/or a coach. Make yourself accountable to your objectives and the work you set out to do and have an accountability partner in this (mentor or coach). I know I didn’t do this enough in the early part of my career.

How long have you been involved with the ACA? What attracted you to the organisation?

It must be around three years ago, perhaps more. We became aware of the ACA when we were struggling with our business. I read a lot of super helpful articles on the website. This was more than enough to recognise the value we’d get from joining. The conversations and ideas laid out in these articles and resources were not ones I was hearing or reading elsewhere. It was refreshing to see such coherence and insight into this side of practice.

How has the ACA changed since you joined?

I think the biggest change is the leadership. When we joined, Steve Kennedy was still the President and was coming to the end of the incredible work he had done to build up the ACA into the important and invaluable organisation it is now. Steve’s time at the helm I’d describe as Phase 2 of the ACA. It was a time of establishing the ACA’s role, identity and value as an organisation within the profession. We are now into Phase 3 with the employment of a CEO, Angelina Pillai. Angelina has really embraced the role and is doing some wonderful work. What I see now is a phase, from Steve’s base, where Angelina is able to focus on reaching out and building relationships, establishing close working relationships with other organisations to build a stronger profession.

What are the biggest challenges in the profession in your state at the moment?

Without a doubt the biggest challenge the profession faces are the problems in the building industry, with the Design and Building Practitioners Bill the focus of this at the moment in NSW. That, and the work of Building Commissioner David Chandler, will significantly shake up the industry, with potential benefit to architects. There are also many pitfalls for the profession here and I want to shout out the incredible work that is being done by the NSW Institute President, Kathlyn Loseby, in particular, as well as NSW/ACT ACA President Agi Sterling in meeting with government, David Chandler and other industry representatives to drive change and also deliver the best possible outcome for the industry and architects in particular.

What do you see as the key challenges facing the profession? What do we need to do individually and collectively to ensure architecture has a strong future?

I think substantial change is coming. I foresee a fracturing of the profession and its roles due to technological change and an inability of the profession to be more proactive in addressing its failures and potential shortcomings. Unless the profession adapts, I fear that it will become more marginalised and specialised. I’m not pessimistic, but I would like to see more leadership around this.

We do need to build a better culture. We do need better leaders. I do see this happening – for example, Parlour. They are leading and driving cultural change in such a positive and exciting way. What they are doing is not limited to gender equity because they understand how it is all interconnected. I would love to see more of these types of initiatives happening within the profession and for more support to flow through to them so they can all continue to do incredible work. 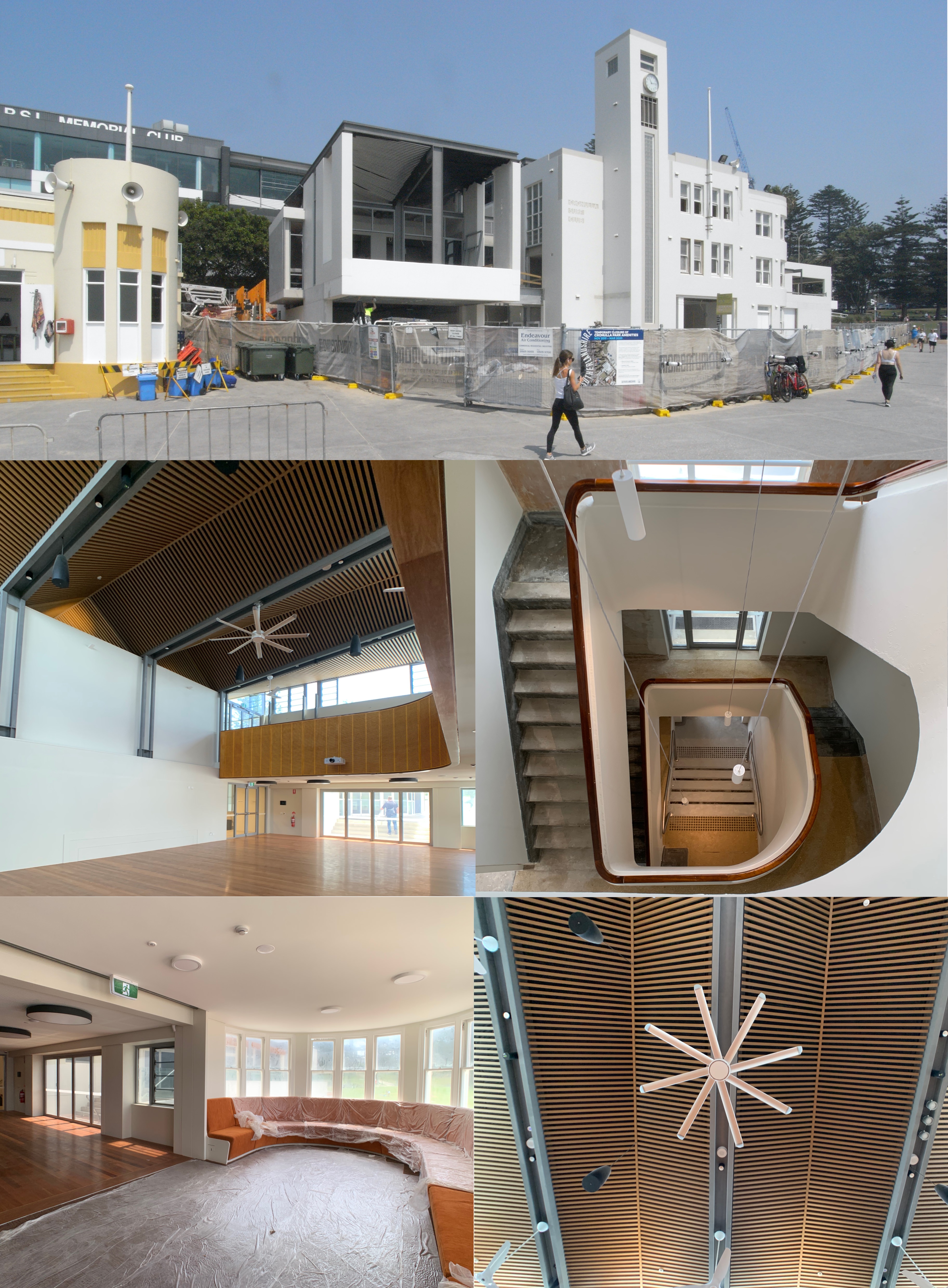 Michael Lewarne is unceasingly seeking to expand the nature and boundaries of our lives and work, in a style that is creative, critical and constructive, and contributes to the way we navigate the challenges of the world. He pursues this as a Director at Redshift Architecture & Art, in founding Ed Shift, through his role as the Vice-President of the Association of Consulting Architects (NSW/ACT branch) and coaching in Seth Godin’s altMBA.