The NSW/ACT Committee has had a strong focus on advocacy this year, joining other industry groups to lobby government for building reform.

The latter half of 2019 has been extremely busy for the NSW/ACT committee, with a number of key events, including the one-day Business of Architecture and Design conference (BoAD) with Niche Media, which was part of the Sydney Architecture Festival. People, Planet and Profit: Measuring the Triple Bottom Line was a special ACA-led panel discussion that provided some lively discussion and much food for thought. We were also pleased that the BoAD conference served as a lead in to the Sydney Architecture Festival in conjunction with the NSW Architects Registration Board.

Membership has continued to see steady growth this year and we look forward to engaging with our members and new members through our events and networking opportunities in the new year. 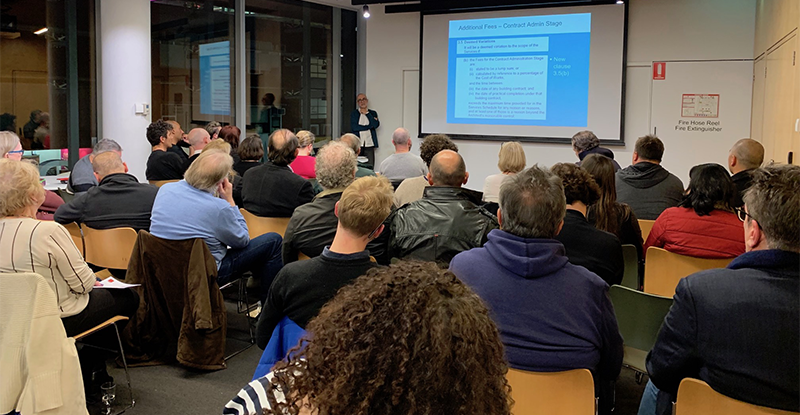 In Sydney, members attend the launch of the reviewed Short Form Architect Client Agreement on 5 June.

On 25 November, Agi Sterling, John Held, Angelina Pillai and Executive Officer Marie Frost attended the end-of-year drinks in Canberra, which provided an opportunity to reflect on the year that’s been and discuss plans for 2020. The ACT government architect, Catherine Townsend, was also in attendance with some other local ACA members. Various topics were discussed, but we were all interested to discuss how to future-proof your office and the position of the architect.

On 27 November, more than 50 attendees joined us for Part 2 of the NSW Land and Environment Court discussion with Chris Shaw from Shaw Reynolds Lawyers and Tim Horton, a Commissioner of the NSW Land and Environment court. The presentation was flawless, very well prepared, intelligent and full of plenty of good advice. Our speakers discussed the workings of the court, and closed the presentation with principal advice for planning. Thanks to our speakers and to the ACA committee members who were in attendance – their help was invaluable.

As the year comes to a close, our attention is already drawn to the event calendar for 2020, with next year’s program on the agenda for the next committee meeting on 9 December.

On 5 June, the ACA – NSW/ACT Committee was very pleased to launch the revised edition of the Short Form Architect Client Agreement, with lawyer and architect Christopher Larcos attending to take questions about the new document. Many of the changes concerned issues arising out of charging percentage fees. The event was well-attended and provided a platform for some keen discussion around fees and client management.

The ACA – NSW/ACT branch committee has continued to be active and engaged in 2019, joining with other industry groups and professional bodies to lobby government for building reforms and better regulations. In the last few months, Branch President Agi Sterling and National President John Held met newly appointed NSW Building Commissioner David Chandler to reiterate ACA’s commitment in supporting the Government’s efforts on building quality and regaining confidence from consumers as the end goal.

Together with key industry representatives and other stakeholders, Agi has also been working on a collaborative agenda with Minister Kevin Anderson’s office on the next tranche of reforms. On 16 October, the ACA provided comments via a submission lodged with the NSW Government’s Better Regulation Division on the draft Design and Building Practitioners Bill 2019. In November 2019, the bill was knocked back in the upper house of the NSW Parliament and we will recommence working on it with the Minister’s chief of staff Gavin Melvin in the new year.

At a time when leadership roles in NSW and nationally are held by women in ever increasing numbers, Agi and Angelina were delighted to attend a Female Leaders Lunch on 21 November. A variety of issues impacting our profession were on the agenda, from climate change and sustainability to designing with Indigenous and First Nation Recognition through to unpacking the crisis in the construction industry.

Thanks to the members of the ACA – NSW/ACT Committee and Executive Officer Marie Frost for their work and commitment throughout the year. 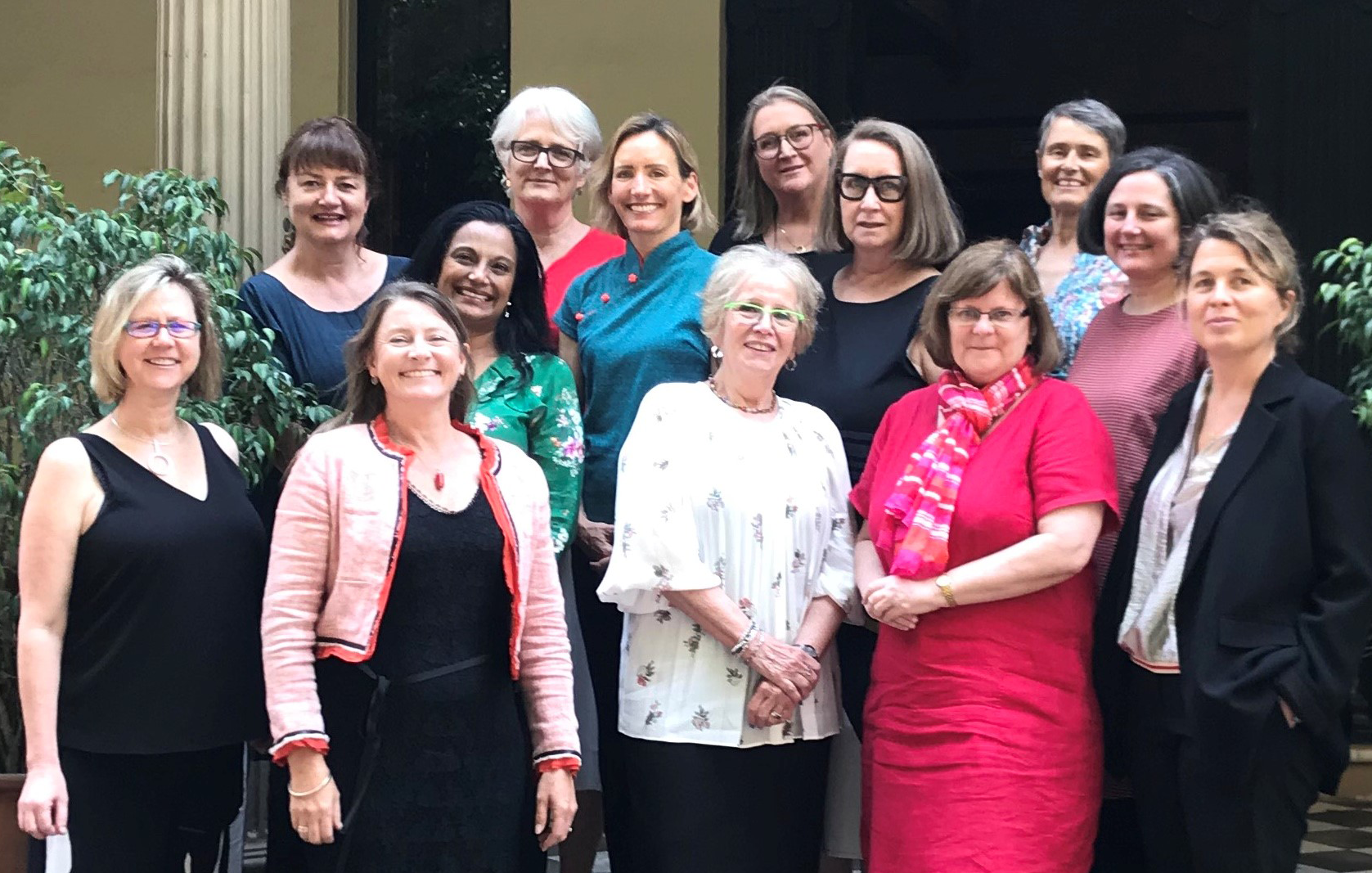 On 21 November, Angelina Pillai and Agi Sterling joined other national and NSW leaders for a Female Leaders Lunch and discussion.