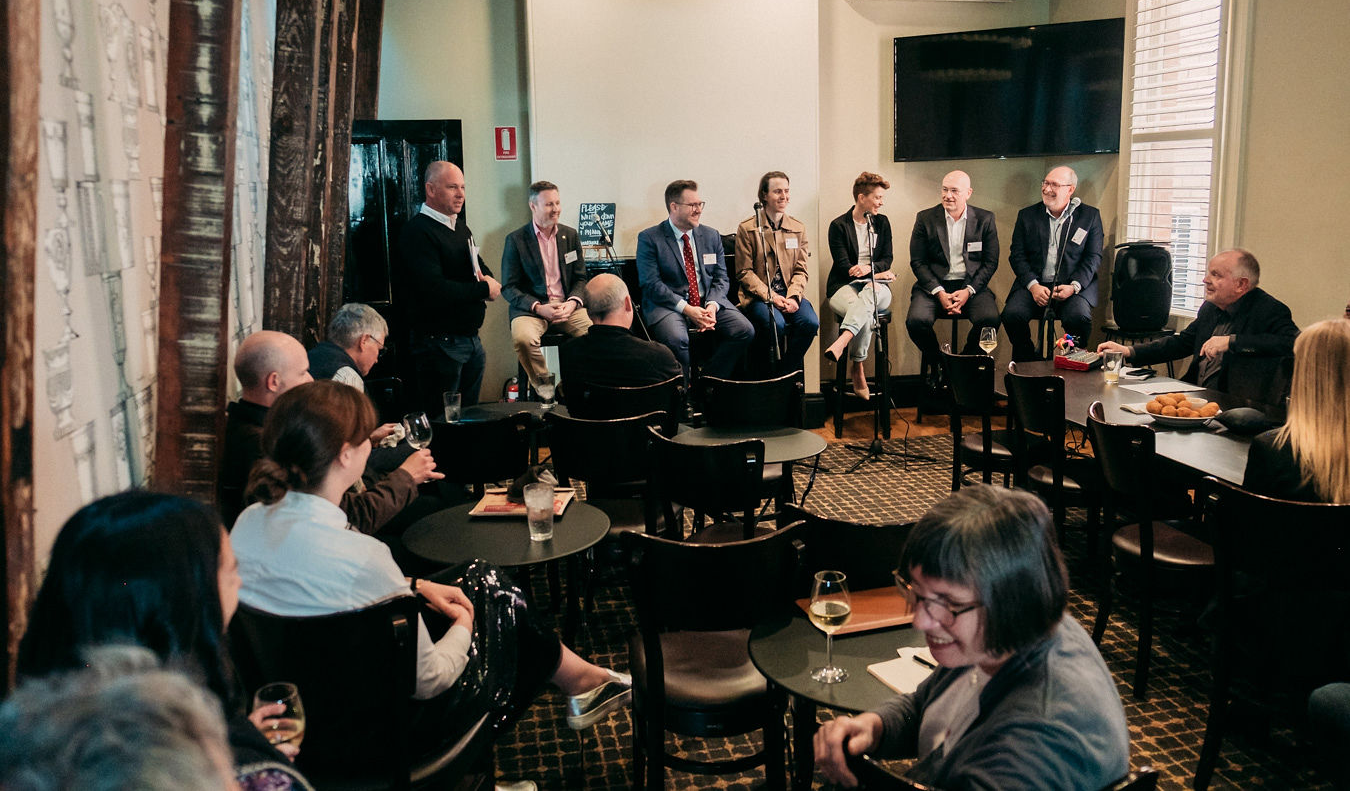 Wellbeing, localism and optimism can summarise the discussion at the ACA’s recent Adelaide roundtable on the post-COVID reality for South Australia, writes Mario Dreosti.

On 29 October, the ACA – SA assembled a panel of industry leaders across business, planning, recruitment, investment, workplace fitout and commercial property to discuss their observations from different sectors and thoughts about a post-pandemic recovery. Just under 40 people gathered upstairs at the Gilbert Street Hotel to hear the panel discussion and then engage in a facilitated question and answer format.

While obvious areas of our economy such as travel, tourism and largely alcohol-based hospitality have suffered enormously in levels of business, the interesting observations were that many other areas of the economy are buoyant. Even in those areas with less work, their cashflow situations are unusually stable as a result of JobKeeper initiatives. Across the architectural membership in South Australia there was anecdotally sufficient levels of work, and in fact a number of practices with significant workloads.

There have been a number of institutional investments into Adelaide’s CBD underpinned by a sense of stability in our workplace markets and a positivity around South Australia’s geographically available and often skilled workforce, which is supported by good technology infrastructure.

The global work from home experiment has certainly led to reflections on lifestyle and a refocus on localism and community, which is evident in the success of neighbourhood retailers and hospitality in contrast to the CBD. While South Australians are not looking to move to regional towns to live, work and escape the commute in the same way as counterparts in the eastern states, there is certainly a focus on tourism growth in our regional centres. This is currently being supported by our own population, but in a future with more international travel it may see us leapfrog into tourism, which will then be supported with far greater accommodation and hospitality opportunities than are being realised now.

Although Adelaideans are not moving to avoid the commute, the point was made that Adelaide’s size and accessibility make it an attractive destination for this exodus from larger Australian cities in itself.

The realisation that geographic separation does not limit productivity, at least as much as was previously thought, is leading to a positivity around South Australia supporting a decentralisation of global workforces to locations that offer positive lifestyles, affordability and potentially safer havens in the event of future global challenges.

It was noted that office area per person has been reduced over the past two decades, and we may now see the reverse, as it increases again with a focus on collaboration as the primary in-office working benefit. With similar irony, the attraction for major investment and large workforces into areas of high density is likely to be qualified by a desire for decentralisation into a local focus, both within large cities and from large cities to smaller centres.

While we talked about future global challenges, the panel members also discussed the reality of timing around a vaccine and global rollout as well as the behavioural and psychological changes that this episode has generated. The panel suggested that future challenges are not yet the driver for change, but rather the reality that COVID effects are here now and for many years still to come.

Although the session was deliberately parochial in its South Australian focus, the key themes are translatable across Australia. South Australia should be acknowledging a far greater social concern around wellbeing and the positive outcomes of strong local communities, which is relevant to any population centre. South Australia should be looking to promote its strengths to an international market, which include affordable high-quality lifestyles, well-developed infrastructure that supports global connection, and high levels of education leading to a skilled workforce that is a short commute away. The opportunity for all Australian cities and centres is to consider their own strengths and attractors for other nations, which are not blessed with our geographic and lower density head start 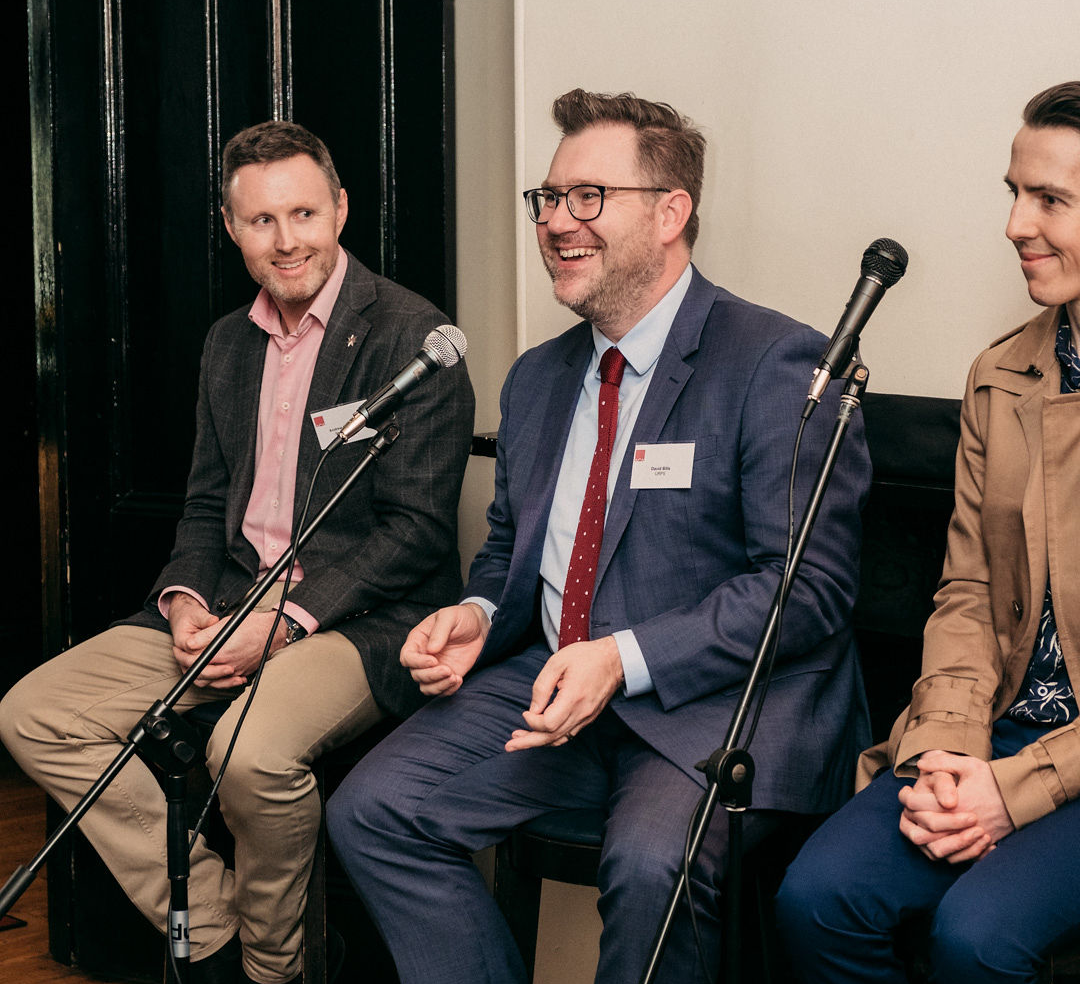 Thanks to the panel members for their participation and insightful observations:

Mario Dreosti is the Managing Director of Brown Falconer and the Vice-President of the ACA – SA Committee.