What Does the 2016 Federal Budget Mean For Architects?

The 2016 Budget Impact Survey indicates a fairly neutral overall response to the 2016 Federal Budget by architectural practices. The good news is that a over half of respondents are busier than last year, although not all are more profitable. John Held considers the findings.

This is the third year the ACA has surveyed the profession for its views on the Federal Budget. Unlike in 2014, when most architects believed the budget would be bad for themselves, the profession and wider society, opinions in 2015 shifted slightly towards it having a more positive effect. Reflecting on last year’s budget, only 10% of this year’s respondents said the 2015 budget had a positive effect – and yet more firms reported an increase in work activity than a decrease. This was somewhat reflected in an increase in profitability, but not to the same extent, suggesting that architects are still operating on slim margins. This is borne out by a number of comments suggesting the decrease in company tax rates will not affect them – you need to make a profit to be taxed! It also showed that only the smaller firms reported negative effects from last year’s budget. 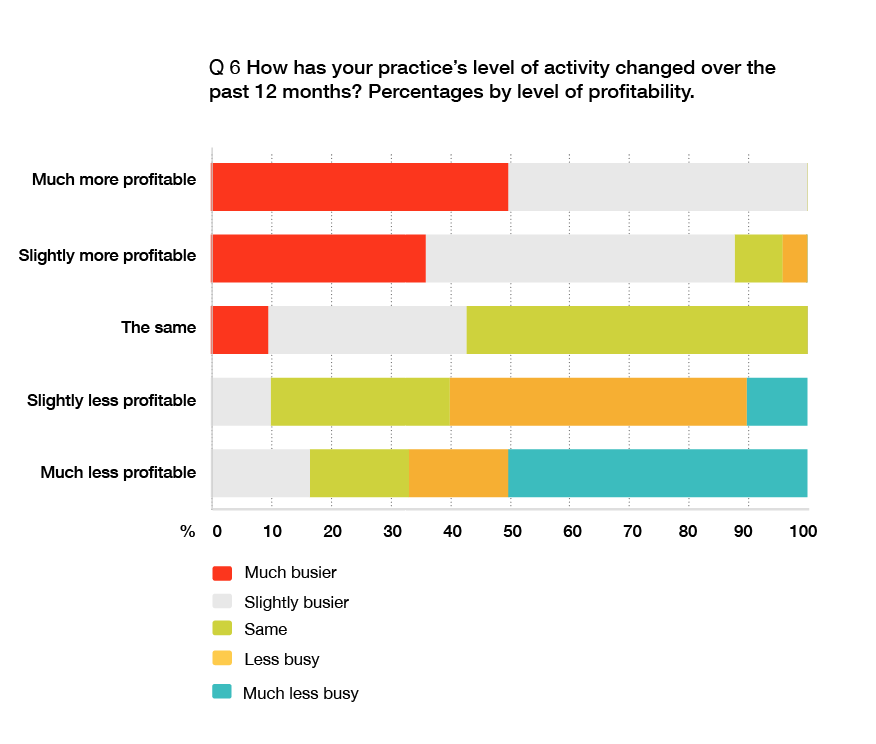 There was a general feeling that measures such as reduction of company tax rates, along with continuing low interest rates, were positives, although others noted they would prefer higher taxes if it resulted in a more equitable society.

Responses to long-term effects on society were mixed – positives included tax changes, but there were a number of comments about the lack of long-term planning for both deficit reduction and climate mitigation, and concerns about the lack of funding – particularly for schools, hospitals, universities, research and infrastructure. In this context it is interesting to note that the May 2016 ACIF construction forecasts show a downward trend in engineering and in residential construction in the years ahead. 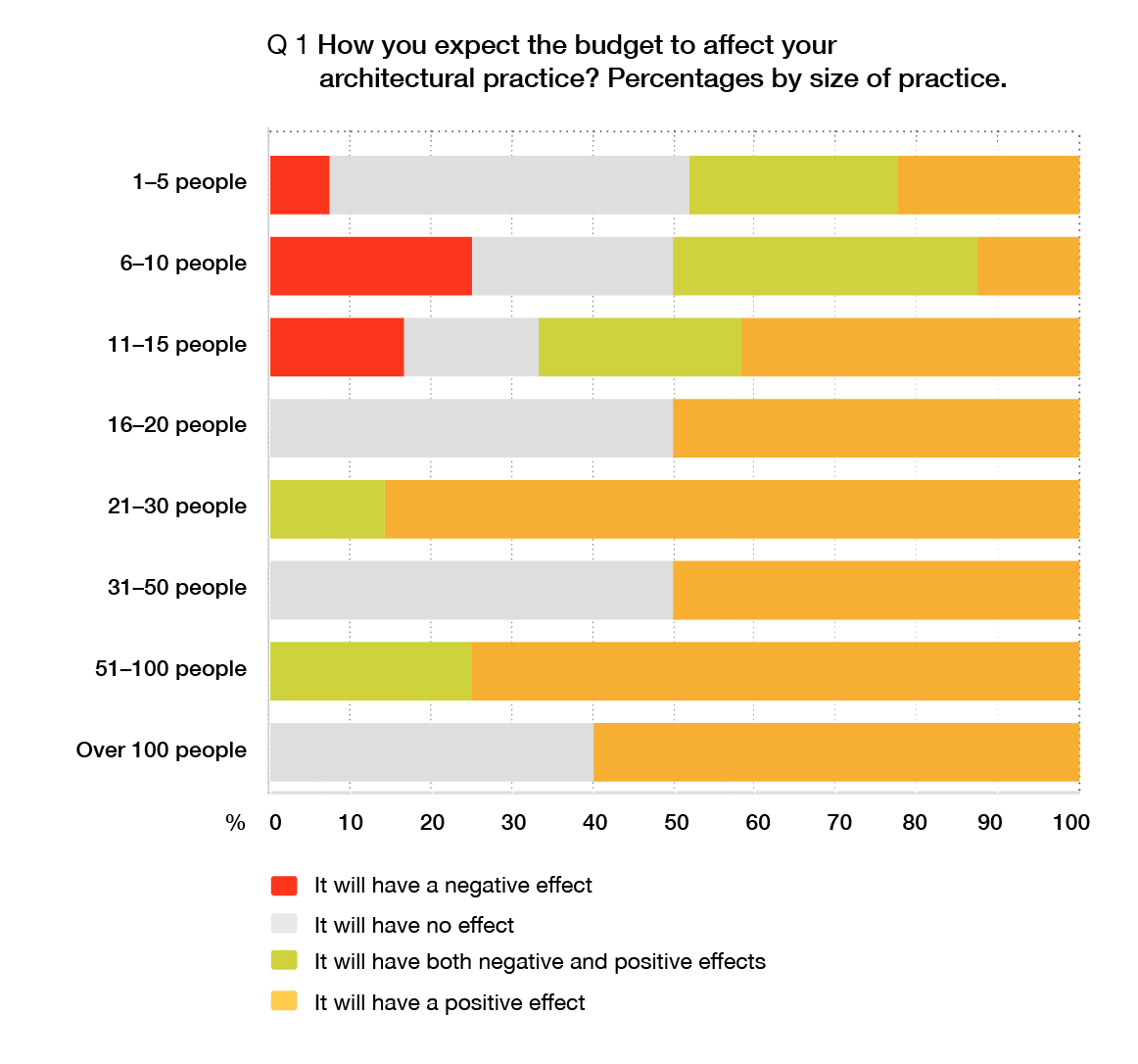 In general there were marked differences between states, with NSW and Victoria being the most optimistic which was reflected in increased activity. The upturn in positive sentiment, work activity and profitability was also much more noticeable in larger firms. 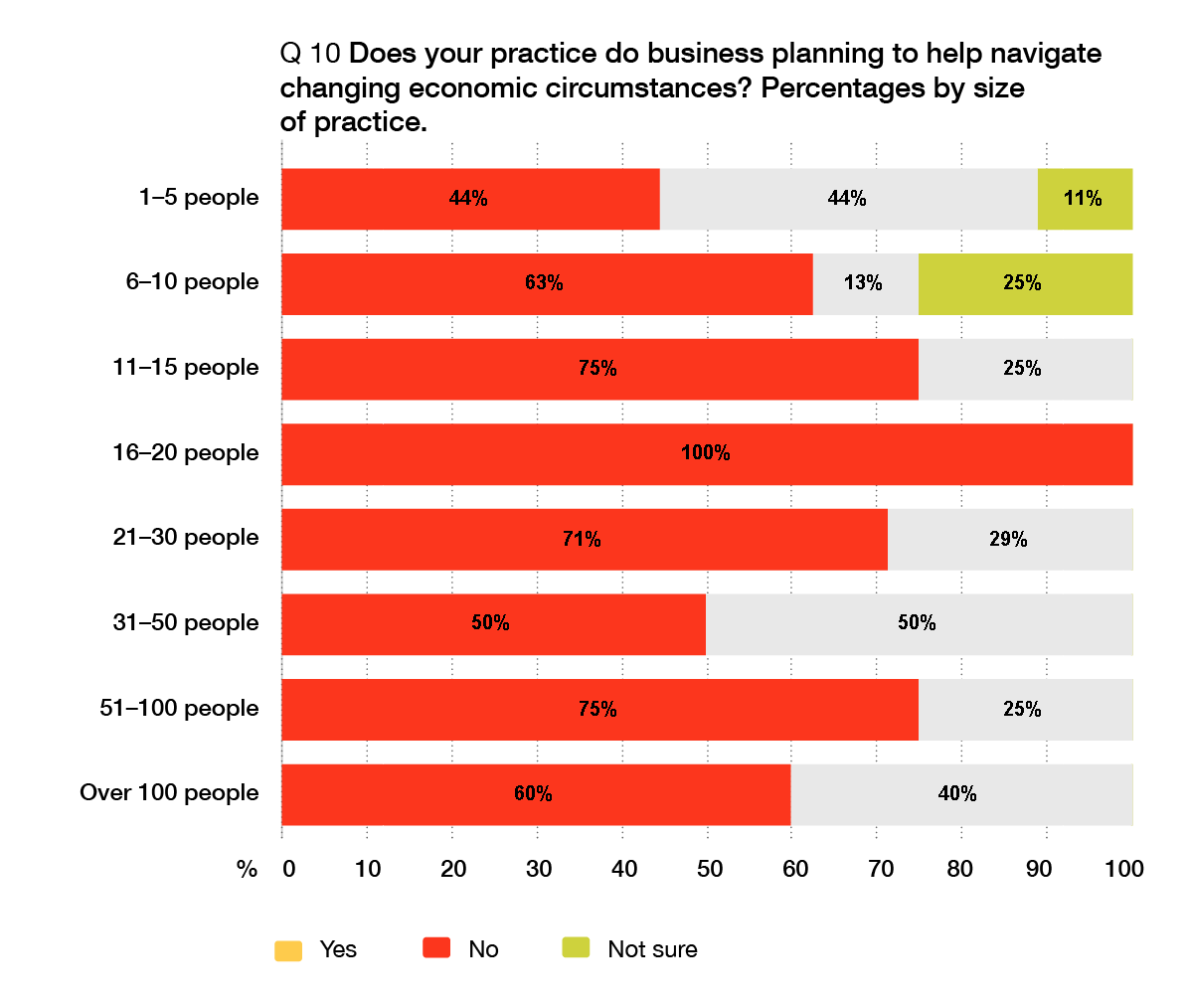 As in previous years, we are surprised at the number of firms who said they did not do business planning to navigate changing economic circumstances. We urge practices and the profession to continue to strategise carefully with both short- and long-term outcomes in mind. The ACA is continuing to develop further resources and research to assist with this.

John Held is President of ACA – SA and a director of Russell & Yelland.