Home / Knowledge Hub / Key issues / Future of the profession / Where to From Here: It’s Not Even Architecture

Where to From Here: It's Not Even Architecture

As young practitioners and thinkers deeply invested in our profession’s future, Jenna Holder and Athanasios Lazarou consider the issues and make a strong call for collective action.

This is part of the ACA’s Where to From Here? series, which invites reflections on the recent ACA – SA State of the Profession research to provoke discussion about the future. 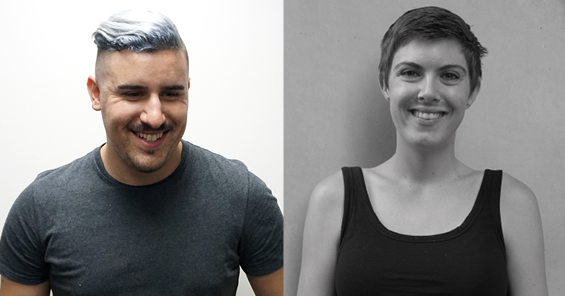 The architectural profession is distracted by buildings. The Association of Consulting Architects’ State of the Profession Survey Report raises talking points that have previously been confined to tea room and pub discussions: the gender gap is still here; traditional roles of architects are at risk of being delegated, piece-by-piece, to specialised consultants; BIM is an opportunity for regaining leadership; and business-as-usual means a lot of unpaid work in the search for a bit of poorly paid work. Respondents cited fee shrinkage and increased acquisition of risk as the greatest challenges facing the profession. It’s worth examining these findings in the context of broader societal and technological changes and challenges to architecture. Indeed, we should be framing these findings as debates around a transformation of labour.

When you ask an architecture studio what it produces, the colloquial answer is often ‘we make drawings’. This is wrong. ‘Making drawings’ implies a professional outcome located strictly within the built-form. What we actually make are design responses – responses that until now have largely formalised around built outcomes.

The value of the survey is not just in raising questions about the current state of the profession, but in pressing the need to strategise for possible futures. A good departure point for this might be the software-driven economic model of the sharing economy, where existing business models and practices are being hacked by software futures that disrupt decades-old fee structures. Uber’s ride hailing usurped taxis, Airbnb’s check-ins displaced hotels and GoGet is threatening the very notion of owning a vehicle. Architecture is regarded as a profession at low risk of automation in the future, yet is nevertheless at the risk of marginalisation. For a profession that prides itself on dealing with scales of complexity – and multiple, often contradictory layers of constraint – it seems that the challenges of running a viable practice in a non-committal, sharing economy are disproportionately difficult to deal with.

Like the blurry line between unpaid labour and mutually beneficial work experience for students, architects continue to engage in undervalued, unpaid and speculative work in order to bring in paid work. ‘Winning’ work becomes too time-consuming: a form of work in itself. Over half of the respondents had done some form of unpaid work in the last financial year. However, in an environment where architects are losing the lead consultant role and being brought on later into projects (sometimes too late to be properly utilised), BIM is a rare field in which architects are ahead of the curve – cited as a challenge by some and an opportunity by many (it would be interesting to see if there is a generation gap between those who see challenge and opportunity in BIM).

Respondents point out that sole practitioners don’t have the capacity to keep on top of technological advances and that graduates often are quite software literate (but may have limited skills beyond software capabilities). Here we can see an opportunity for supporting sole practitioners to take on graduates or students to mutually bridge these gaps.

The State of the Profession survey report notes that the role and abilities of architects are poorly understood by clients, associated professions and the general public. For a profession that sees itself, in part at least, as marginalised, architecture itself marginalises specific groups within it. Despite a sense of willingness and plenty of good discussion, the gender gap remains a pervasive, pressing and real issue in South Australia, with the report revealing lower numbers of women at every level from director to graduate. One respondent raised the challenge of the meaningful retention of female architects. Simultaneously, several respondents noted that there are too many graduates and not enough work. This reveals a double barrier for female graduates; not only are they entering a job market that doesn’t really have the capacity for them and their peers, but also a practice environment that is top-heavy and male-dominated, raising questions of unconscious bias and systemic obstacles to women’s employment in architecture. With the increasing casualisation of the workforce, the traditional trajectory of study, graduation and full-time employment simply isn’t happening for current graduates. Perhaps incorporating entrepreneurship into architectural studies and blurring the boundaries between study and work might be a positive agent for disciplinary rejuvenation.

During last month’s national architecture conference, How Soon Is Now, Professor Thomas Fisher spoke about the ‘design thinking’ methods that forward-looking business leaders are employing in the business world. He chastised architects who mostly stick to established, orthodox methods of winning and doing work, which leaves them increasingly at the mercy of the economy (always an uncomfortable talking point in South Australia). This is exacerbated by other professions chipping away at the traditional responsibilities of architects (DDA compliance, building codes, design management, project management).

Disciplinary change will rely on organising a collective response to the professional challenge of marginalisation. Sourcing constant and repeatable fees is a burden on architectural practices – we don’t only have to pay the mortgage, we have to design the building, too!

Strikingly, a key theme of the conference was that buildings are just one part of what architects do. This is important, because the ways we think about architecture present both a significant obstacle and an opportunity to the profession moving forward. The future is less about the profession of architecture and more about the discipline of architectural practice. This becomes a question of methodology: how can design-based approaches – or design-thinking methodologies – be used to address the multiple problems the profession faces in creative ways?

Design thinking is being pursued across multiple disciplines and contexts – including government, business, law and education – but less so within our own profession. We are good at design thinking, but bad at applying it to our own business model. The value of the architectural profession lies in its ability to engage in complexity and contradictions – and to respond with strategic and iterative processes that merit workable solutions (and reveal sequences of opportunity and possibility). Our job is to formulate – in the sharpest possible way – just what the issues are, and to name them and address them. We are not product makers; decreasing fee trends reinforce this. Rather, we are consultants of design thinking. This happens to align with the production of buildings, but it does not necessarily have to.

Recognising the value of the profession was a common theme in the survey responses. The opportunities afforded by design thinking will allow the discipline to step away from the idea that architecture is a process leading to a product, and towards a future with a more inclusive understanding of how people contribute into the discipline.

Architects are experts at hardware, but to elicit more competitive fee practices we need to get better at leveraging our creative software. Theory, teaching, research, collaboration and consultancy are all strands of design thinking that need to better service the profession in the procurement of fees. This leaves us with the question: where to from here? Yes we make drawings, but with them comes a dangerous autofiction: we use the story of our buildings in the service of a search for the professional self. Our contribution to the economy, and consequently to the profession itself, must emerge from an expanded definition of architectural practice./wp-content/uploads/2020/07/

Jenna Holder and Athanasios Lazarou are part of the team behind How Now is Soon, which began life as the ‘shadow blog’ of How Soon is Now, the 2016 national architecture conference and continues to provide insightful comment on ‘architecture, design and disciplinary action in Adelaide (and beyond)’.

Jenna is an architectural graduate in Adelaide. She has contributed to architectural discourse on multiple platforms, including co-hosting The Plan on Radio Adelaide, speaking at the 2015 Festival of Architecture and Design (FAD) Soapbox debate, representing students through SONA, and researching women’s rates of architectural registration.

Athanasios (Nasi) Lazarou is currently studying a PhD at the University of Adelaide on the intersection between architectural space and politics during the Greek-crisis. He has spoken at numerous international conferences and is a theorist, practitioner, teacher and contributor of all things architecture. When he’s not dying his hair grey he loves to listen to 90s Bowie.