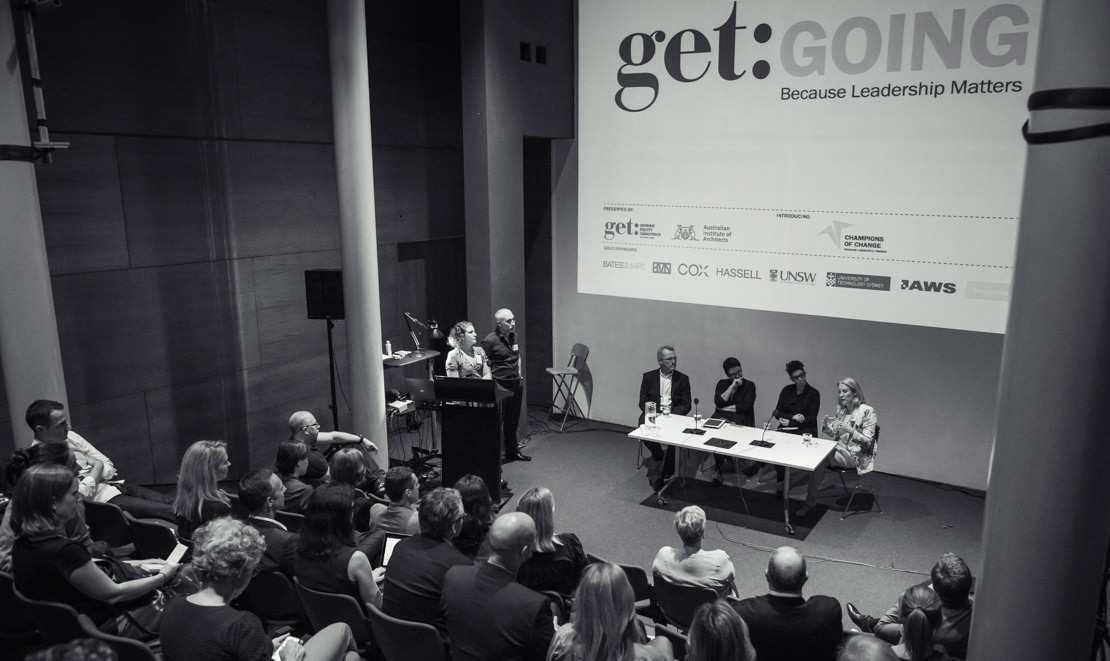 “Male Champions of Change are appointed not because of what they’ve done, but because they want to lead tangible action to promote change: What I say, what I do, what I prioritise and what I act on.” — Elizabeth Broderick

When the Sex Discrimination Commissioner, Elizabeth Broderick, gave the International Women’s Day address at her daughter’s school, her daughter protested: “You are such an embarrassment. Can’t you work in the tuck shop like the other mothers?” What her daughter didn’t appreciate is that her mother has initiated a tidal wave of change in Australia for a far greater balance of gender power and influence.

This is now reaching architecture. On 18 March the NSW Chapter of the Australian Institute of Architects Gender Equity Taskforce (GET) launched the first Male Champion of Change program in architecture. The event ‘get:GOING: Because Leadership Matters’ included presentations by Elizabeth Broderick, researcher and academic Naomi Stead and Peter Bailey, CEO of Arup Australasia, followed by a panel discussion.

Elizabeth’s talk included personal stories of her courageous initiatives over the last seven years to put gender on the agenda. As she pointed out, the business case is clear – gender equity produces superior business performance. It is now well understood that organisations with a greater level of gender diversity do better on a wide range of measures. But, despite many programs to encourage gender equity, we have seen little change. Why not? Elizabeth explained that the first reason is that, while we have embraced the need for change at a cognitive level, we haven’t embraced it at an emotional level. All those things we learned as children helped us develop a communal belief system that is very hard to shift.

Secondly, the focus has been on changing the women. I call this the ‘women deficit model’ – if women could just do this or that, things would improve. The fact is that women don’t have the levers of power to enact the systemic change required. To deliver equality for women, we must focus on men. Elizabeth described phoning personally the most powerful men in Australia to ask them, “Will you use your power and influence and your collective voice to bring about change?”.

Four years later (and four annual reports later) these Male Champions of Change have brought about tangible change. Telstra and then ANZ have introduced “all roles flex”, which means that all jobs within these organisations are available on flexible terms. The Male Champions will not speak at events without a gender balance of speakers – and together they speak at 1,000 events per year. Their organisations will not enter into supply contracts with companies that are not addressing gender equity.

Other key messages from Elizabeth include:

The data was provided by Naomi Stead, Associate Professor at the University of Queensland. She opened the evening by presenting the key findings from research conducted between 2011 and 2014 into gender equity in the architecture profession. The resulting statistical mapping showed vividly that women are clustered at the lower levels in every category at every level. 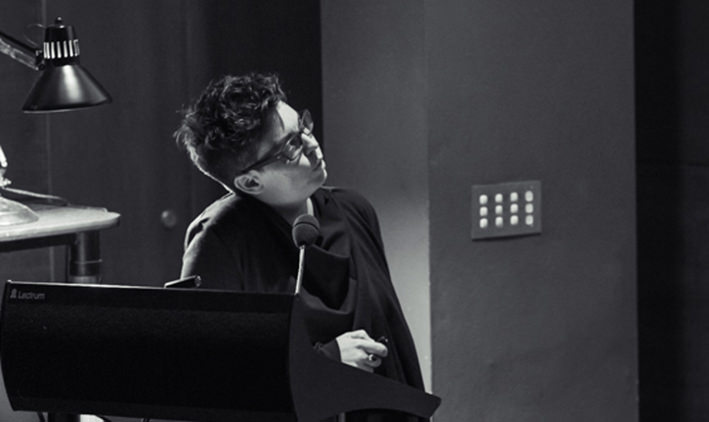 Naomi pointed out that this is not a pipeline issue – 44% of graduates are women, and have been from the last three decades. It’s a leaky pipeline. And yet the recommendations of numerous previous studies had not been acted on, leaving the profession to be guided by individual anecdotes and the stories of the individual women who had made it through.

The research project sought to change this by sharing the research findings widely by developing the website Parlour, tagged as ‘a space to speak’. Parlour has achieved international success, with the result that Australia is now seen as a world leader in gender equity action in architecture.  The research has also led to other direct, practical resources. The Parlour Guides to Equitable Practice are world class. There is one guide for each of 11 key issues identified in the research. Each guide systematically outlines the business benefit, the legislative framework and what each of the stakeholders can do: the individual, the employer and the educator.

The research also led to the Australian Institute of Architects implementing a Gender Equity Policy, with the National Gender Equity Committee as the vehicle to initiate real actions towards gender equity, together with the Chapters.

As Naomi commented, “The rising tide lifts all boats.  If we improve things for women, men benefit too.”

The wide-ranging panel discussion canvassed many issues. Highlights include:

Peter Bailey, CEO of Arup Australasia, pointed out that architects under value themselves. He commented, “I am in awe of what the profession does for society. You need to charge more”. He also suggested that clients aren’t as backward as architects think they might be. “If you have the conversation about availability (as a result of flexible work practices), then it opens up a whole new conversation.”

Naomi Stead argued that the profession, whose skills are in lateral thinking and problem-solving, is well-equipped to redesign the profession to become more equitable.

Elizabeth Broderick stated that we should make change revolutionary, not evolutionary. “Just declare change. If the military can fix it, then you can. They are thinking about things differently. Not doing job redesign is a failure of the imagination.”

What Does it Mean for the Business of Architecture?

Why does the issue of gender equity matter to the architectural profession in Australia?

“Women contribute in so many ways, but it is still about power. Women still face a lot of hurdles that men won’t have to face. If you ensure that female talent stays – it will have a positive economic outcome and the outcome will be superior in design.” — Elizabeth Broderick

Leone Lorrimer is CEO of dwp|Suters. Photographs: Oly Begg, courtesy of the NSW Gender Equity Taskforce.
The video of the full event can be watched here.