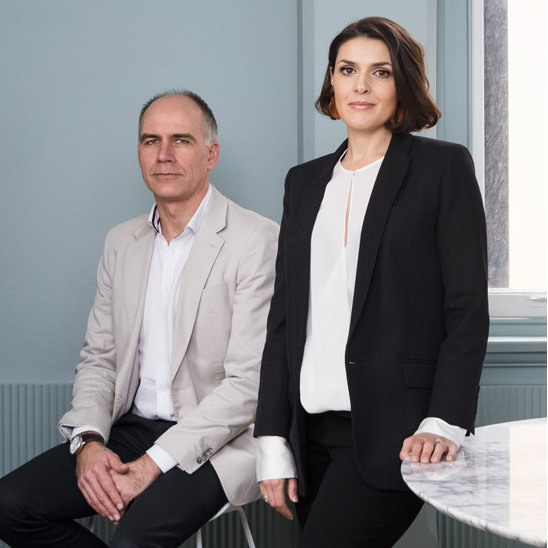 A series of challenges at Williams Burton Leopardi provided the impetus for a radical review and rethink of everything from client interactions to studio systems and processes.

The practice was established in 1983 as Robert G Williams Architect – a sole practitioner initially and then a team of three. Rob’s work was mostly with residential properties throughout Adelaide’s eastern suburbs. In 1996, David Burton joined as a graduate of architecture and over the following four years the practice steadily grew, and whilst sticking to its core residential roots, started to engage with educational and commercial work. In 2000, David became a Director, at which point the Studio became Williams Burton Architects.

In 2003, Rob and David recognised an increasing desire among clients for professional interior design services and employed graduate Interior Designer Sophia Leopardi. Sophia immediately gelled with clients and built up her own profile within the company portfolio and expanded and led a nascent interior design team. She was appointed a Director in 2013 and the studio was re-branded as Williams Burton Leopardi – a holistic design studio. Today, the studio employs 14 people.

We believe in living life well – which means many things to many people, but to us, it means that your own space should elevate and celebrate life’s daily rituals… It’s a place that you should love.

We believe enriching your space has the power to enrich your life… How that kitchen or bathroom just ‘works’ – making it a pleasure to use. Why that sunny spot is so good for a morning coffee.

We believe that authenticity is something that comes from within you. It’s not what it looks like but what it feels like… the feeling you get just running your hand along a beautiful material, or a well-designed object.

We believe the best outcomes happen when clients are part of the process. Someone’s home or workplace should reflect their story and how they would like to live.

We believe creativity is more than be­ing different. Creativity is seeing how to connect the unconnected. Architecture and interior design and styling are intrinsically linked and should be considered as one from the outset, with empathy for each other.

The greatest initiative in shaping the studio was to recognise the power of a holistic service, where architecture and interior design were considered of the same importance at the commencement of a project.

There have been many projects over the years that have shaped the practice and its organic growth, but as a springboard for the future, the restoration and renovation of the Darling Building, our own studio, and a project that we have had a financial interest in has been the most visual and spiritual embodiment of our practice and its philosophies. 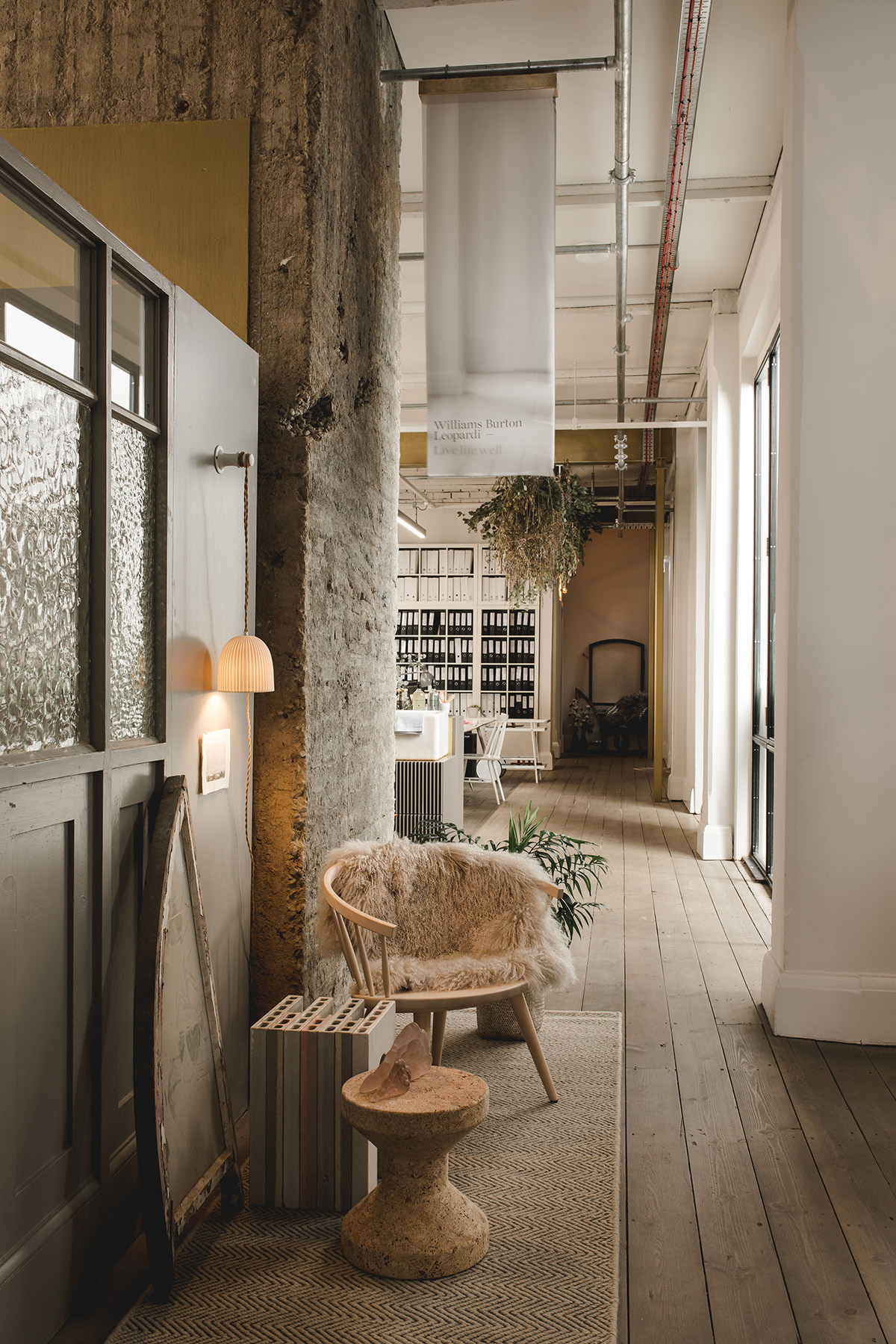 When harnessing the power of a vision, overcoming inertia and gaining momentum in working towards that vision, the most important management lesson is to make sure you bring everyone along for the ride. Clients, team and allied collaborators need constant and ongoing communication, and when this is done well (which is difficult to do) the obstacles in front of you can tend to melt away – or at least become easier to navigate, because everyone is on board and understands their role.

The other important lesson is not to try and be all things to all people – don’t be afraid to say no to something if it doesn’t look like the right fit, as financially frightening as that may be… It will inevitably come back to bite you!

The biggest challenges have been managing the financial and workflow-related transition of Rob Williams retiring, alongside the financial and physical stress of moving the studio into a new unfinished space, and our long-term administrative manager leaving due to ill health – all at the same time as a baby boom in the studio!

While this combination proved somewhat challenging (!), it also provided the impetus for a fairly radical evolutionary review and rethink of every studio system and process, as well as how we interact with our clients. The latter certainly has transformed over the last 18 months and is slowly trickling down to improved outcomes both in the studio and on site.

Though challenging from a business perspective, paradoxically the last three years have been the most rewarding in terms of peer recognition and outreach with multiple award-winning projects across disciplines and being the only South Australian studio featured in Karen McCartney’s book Twenty-one Australian Architects Breaking New Ground.

It’s a crowded marketplace, so the biggest challenge is ensuring there is differentiation – a strong narrative about why we do what we do is important here. This allows us to engage with the client we want who hopefully understands and respects our fee scale. Cost cutting is just a race to the bottom with no winners.

Cloud-based accounting software has proven surprisingly enlightening (Xero) and a wholesale switch to Revit is proving excellent, as we are more easily able to convey ideas and concepts as well as integrating documentation. This has influenced how we present, which is more digitally focused now – although still paper applicable.

We don’t actively market through traditional advertising but engage in social media and maintain strong links to various arts-based organisations, such as the Jam Factory in Adelaide, affiliated educational design programs at UniSA and Adelaide Uni, and editorial content in both local media (such as Opinion Media in Adelaide) and nationally with design and lifestyle publications (Bauer Media’s stable). We also use the Institute, DIA and industry-related awards programs to promote work.

We would like to be able to bring a uniquely Adelaide sensibility national. There are several interstate projects that are gaining traction, which we hope will open the eyes of potential clients in these markets to investigate the opportunity of us working with them. Ultimately we want to continue to build our brand as a studio that knows how to “live life well” and what this can bring to a stable of design offerings.

We see a more focused commercial market realising that bigger is not necessarily better, and we want to be there to embrace this. We also see a refining of the residential market where one-off design is still our core business, but also where we can influence and be involved in more speculative development – not just upmarket apartments, but anything from experiential accommodation to more rigorous and sensible housing in general. All of this with the focus on interiors influencing exterior as much as the reverse.

We are merely custodians of our time here, so we should be aiming to have a more profound effect on the planet and its inhabitants – leaving it a better place than we found it. Not specifically through grand gestures, but by creating space that allow stories to unfold and a narrative to be drawn. The small moves will often result in the biggest payback, so don’t underestimate residential architecture or small projects – it is often on the “human scale” that the greatest rewards can be found both functionally, sustainably and with the greatest beauty. 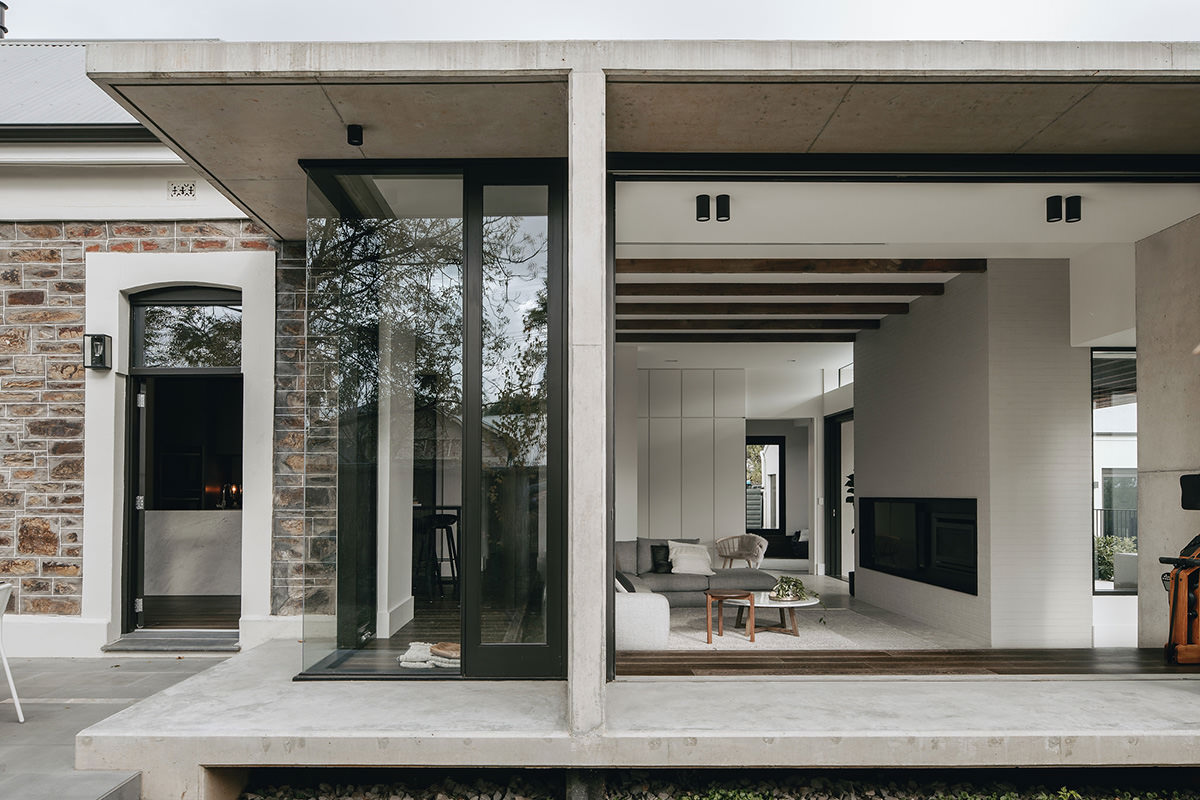