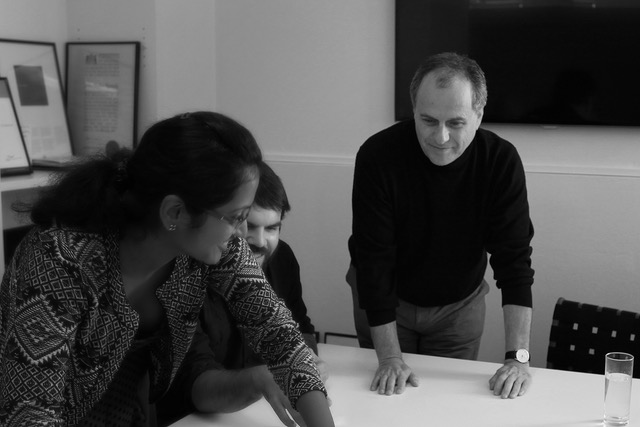 Our NSW/ACT branch is celebrating 24 member practices who have been with the ACA for 25 years or more! This special group have been with us almost since the beginning and have witnessed dramatic change in both the profession and in our Association.

To celebrate this milestone, we asked each member to reflect on the value of their ACA membership through the decades, and to offer input into what we should be doing in the future. Here’s a snapshot of what they had to say.

Because I was setting up a practice, with no real network, and was looking for relevant advice on how to manage the business side of my work. The ACA NSW newsletter at that time was a very valuable source of information that assisted me in understanding what I was taking on and gave me contact with other businesses.

The ACA has changed profoundly over the years I have been involved with it. When I first joined, it was a somewhat parochial and branch-focused organisation, with a limited scope of activities and almost no national presence. Over the 25 years I have been a member, and particularly the last 15, it has evolved as the respected national voice for the business of architecture throughout Australia.

There is a constant focus on proactively raising and addressing current issues and ensuring members are well informed. The work the ACA does on the Award and other legislative issues is critical. It has also been a very good voice in advocating for and promoting good work practices within the industry. The newsletter and CPD programs are excellent, as are the tools, surveys and resources it provides.

The holy grail of any organisation is to not only provide relevant information to its members but also to be heard by, and influence those with real power, especially government at ministerial level.

The biggest challenge for the architectural industry in Australia remains achieving a much greater public appreciation and respect for the importance of architects to the Australian economy. All our issues relating to fees and recognition stem from that lack of understanding or appreciation.

The ACA has done a very good job in this area but, as its membership and constituency grows, it has both the opportunity and responsibility to create more opportunities to be heard and influence change.

At the time, there was no Architects Award, and we were served with a Notice from APESMA … which is now Professionals Australia, but at the time was essentially a union that wanted to establish an Award for architects. I believe 100 small business firms were served with the same notice and we had to get representation to appear before the Industrial Arbitrator at the time. I don’t remember what it was called then. The ACA came to our rescue and did some good work in representing us, which helped to establish an Award that appeared to be fair and sensible.

Over the years it has expanded from being a small operation with very few staff and few resources – but I must admit, the persons that we could turn to were very knowledgeable and very competent in the advice that was given. It now provides many more services to our small business, and it obviously has access to more resources, which in turn benefits us as members.

We’ve seen the ACA evolve to not just be concerned with architecture and the built environment but to embrace the all-important broader issues around mental wellbeing, equality and diversity.

The ACA has always been inclusive of a diverse group of members to share their views and perspectives.

It’s always insightful to hear more about new models of practice and the future of the profession.

We joined as a benefit of the business, especially given the potential loss of recognition of architects by other pressure groups in the 1990s. We hoped the ACA would be a group that would look after the interests of architects.

Access to information on running a business of architecture, and the diversity of CPD. Also, representing architects to government.

My father, who was a sole practitioner before I joined the practice in 1981, was a member of one of the NSW Practising Architects Groups that evolved into the ACA, so it was a logical progression to join.

I have seen ACA grow from an organisation mainly focused on employer architects to one with a much broader scope, including client relations, professional development and architects’ welfare.

I am generally happy with what ACA is doing for me as a member. I would like to see a firm focus on climate change and the benefits of adapting and reusing existing buildings to conserve embodied carbon.

There was a Union push in the late 1990s (with an ambit claim) seeking exorbitant entitlements for employees under the draft Architects Award. There needed to be representation of employers interest, which the RAIA would not fill. The ACA accepted this role and I joined to participate in seeking a fair outcome for all parties in the new Award. This was achieved and our practice was named as a co-joined employer under the terms of the industrial outcome.

The ACA has remained a peak body representing the interests of employers, from its inception in the late 1980s to today. It grew in prominence through industrial matters, including workplace conditions and Award negotiations. In addition to its IR platform, the ACA is the go-to association for advice on the “business of architecture” and has increased the available resources and contemporary advice to members, including CPD webinars.

I don’t think the ACA should try to be a competitor with the AIA. It should continue to be an excellent collaborator from a business and employer point of view.

Perhaps one area where I see opportunity: Current architectural education seems to contribute very little to the business side of architectural training. As an employer, and from a business point of view, I see that there would be great advantage if graduates came out with a stronger business sense in association with their design expertise. The ACA could make a substantial contribution in this space.

I am a sole practitioner architect; my wife Fiona Robbé is a Landscape Architect with a couple of staff members (1 Architect and 1 Industrial Designer) together with some part time admin staff.  When we joined I was in a partnership, Whitelaw & Chrystal Pty Ltd (Stuart has since retired). We had 1 member of staff. We are Architects of Arcadia Pty Ltd now.

To get an alternative view to the RAIA and to see what the ACA could offer!

Webinars, guides for running a practice, industrial awards, and ability to learn and gain CPD points, have all been added to the excellent documentation available.

It was refreshing to meet like-minded architects who just wanted to get things done!

From being a loose collection of state bodies with a very limited membership to a much stronger federal organisation with a dedicated staff and support team. The ACA is still dedicated to its original aims of dealing with the business of architecture.

Being able to discuss issues and solutions and to have these distributed to members promptly – eg, the ACA Short Form Client Architect Agreement, the amendments of standard building contracts to allow normal progress claims, Covid contractual issues etc.