What Does the 2017 Federal Budget Mean for Architects?

John Held reflects on the findings of the 2017 ACA Federal Budget Impact Survey.

This is the fourth year the ACA has surveyed the profession for its views on the Federal Budget. Unlike in 2014, when most architects believed the budget would be bad for themselves, the profession and wider society, in 2015 opinions shifted slightly towards it having a more positive effect. This continued in 2016 and 2017, but only by a slight margin. 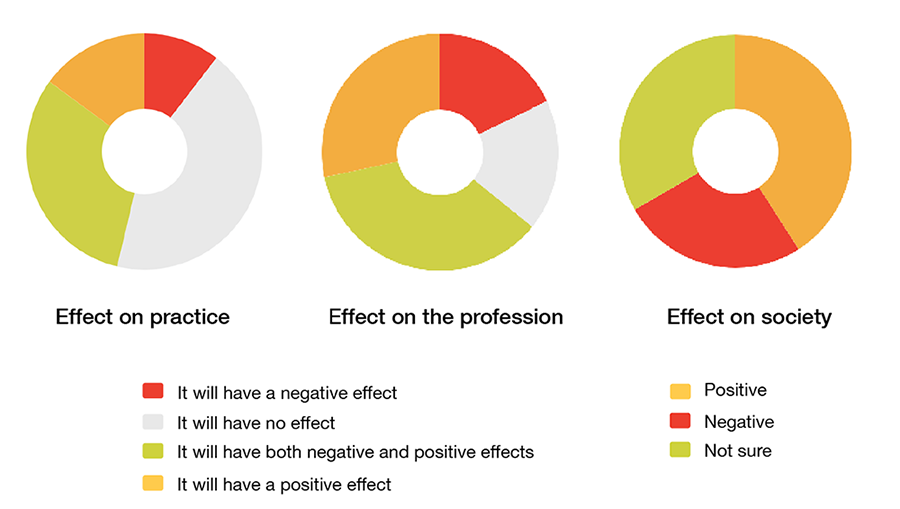 Reflecting on last year’s budget, only 10% said the 2016 budget had a positive effect, the same as the year before – and yet more firms reported an increase in work activity than a decrease. Again, profitability did not rise in direct proportion to work activity, suggesting architects are still operating on slim margins. 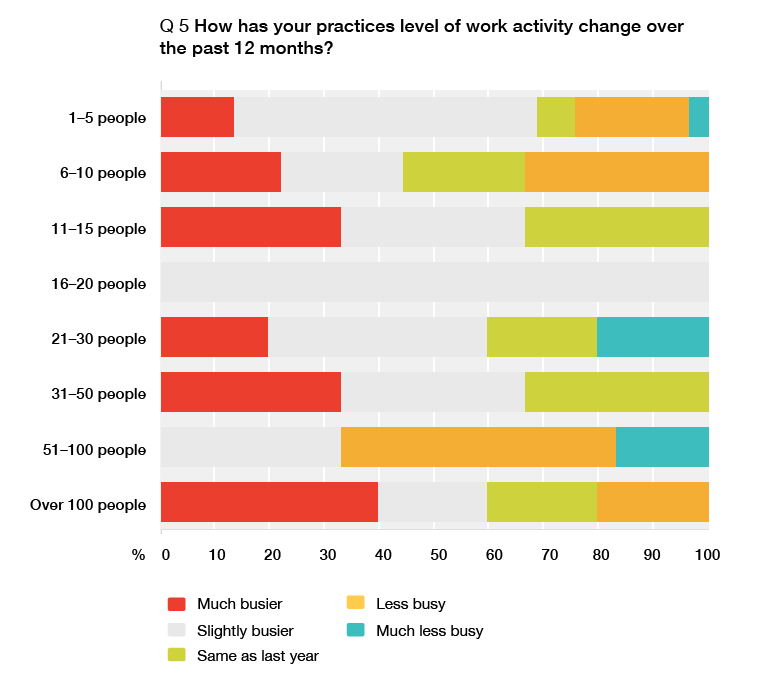 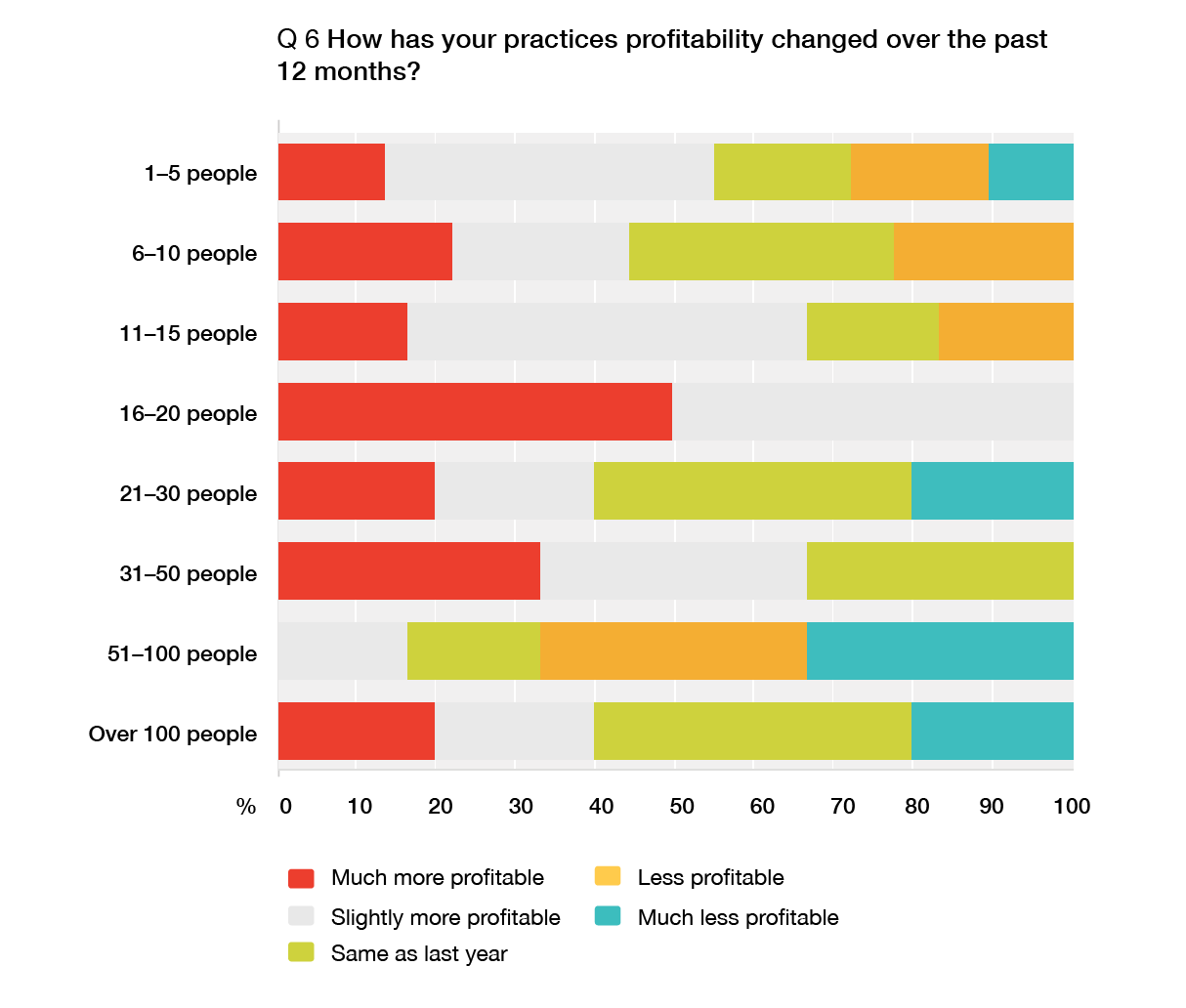 There was some comment about the emphasis on infrastructure spending, although it seemed much of that work would be in road and rail, which does not have a large architectural component.

We asked how the 2017 budget would affect the respondent’s own practice. It was interesting to note that most of the negative views came from the mid-sized practices (21–50 people), who also believed it would have a negative effect on the wider profession. This is worthy of further investigation, as it does not correlate to practice profitability or activity. 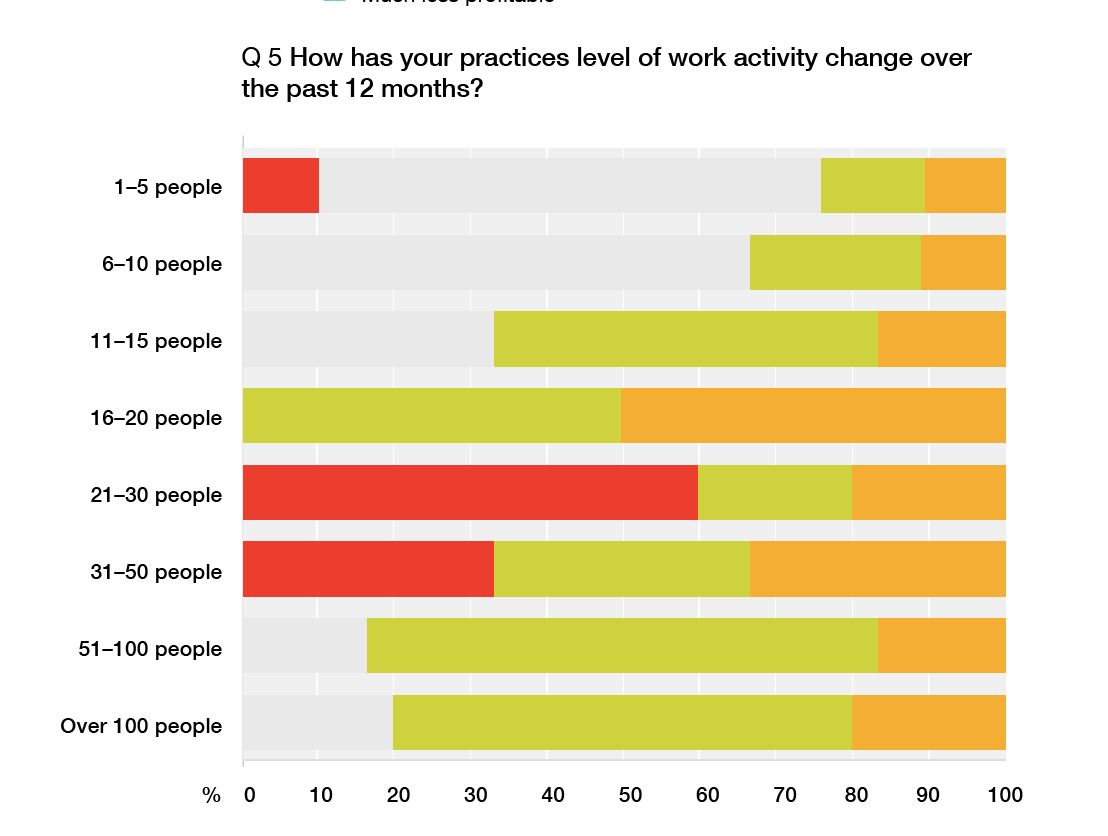 Responses to long-term effects on society were still mixed, with concerns about lack of environmental and urban design policy. In general, there was little variance by office size and even by profitability, but there were marked differences between states, with NSW and Queensland far more positive than Victoria, SA and WA about the effects of the budget.

We were still surprised at the number of firms, some quite large, who said they did not do business planning to navigate changing economic circumstances. We urge practices and the profession to continue to strategise carefully with both short- and long-term outcomes in mind. The ACA is continuing to develop further resources and research to assist with this. 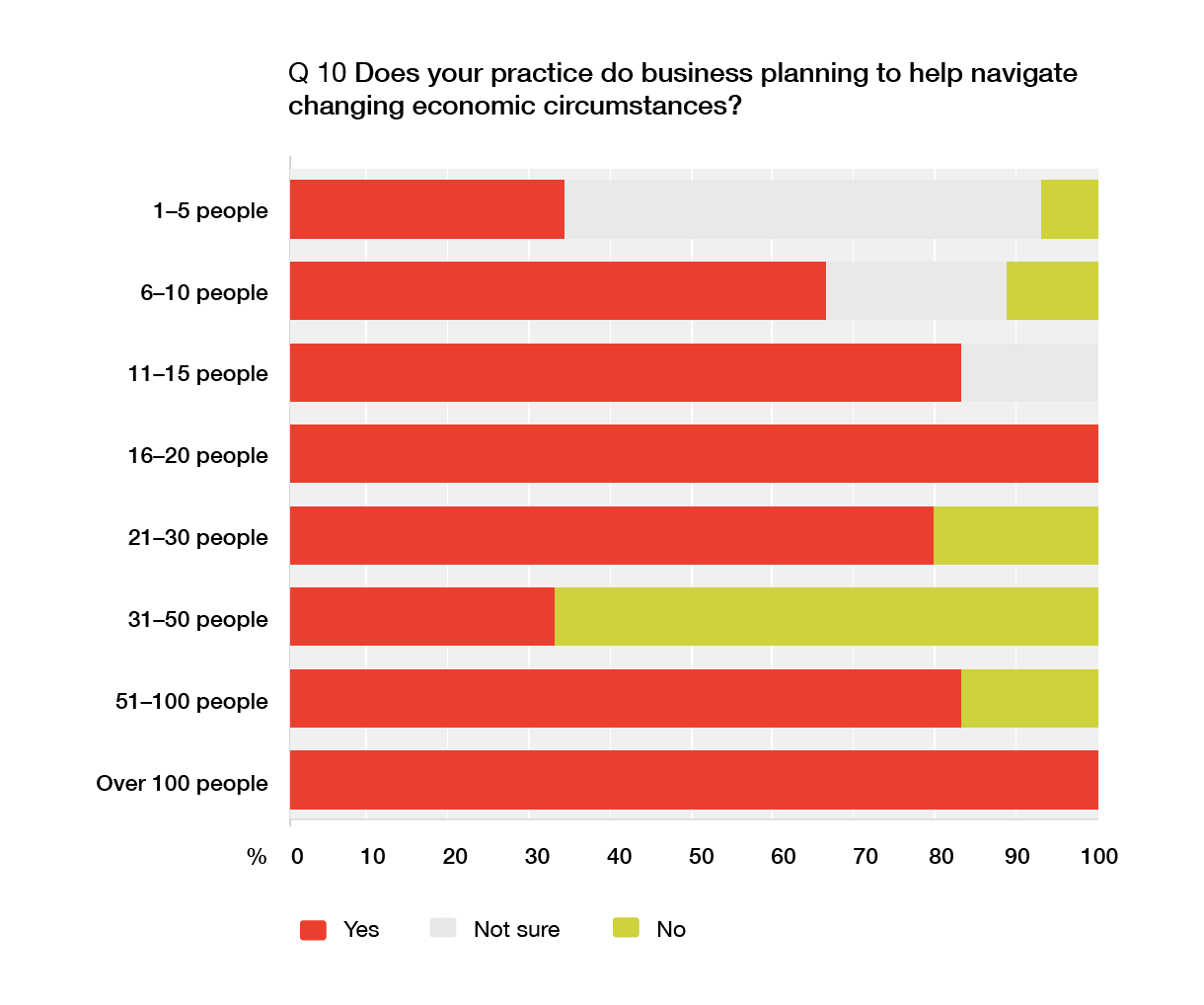 In general, the direct effects of a Federal Budget on individual firms is difficult to gauge, and it’s only when there is a major change in direction such as in the 2014 budget that architects will speak out strongly. While tax and infrastructure spending are mentioned, wider issues such as fair tax rates, services spending, housing affordability and environment were just as prominent.