The Canary Sings - Architectural Practices Concerned About the 2014 Federal Budget 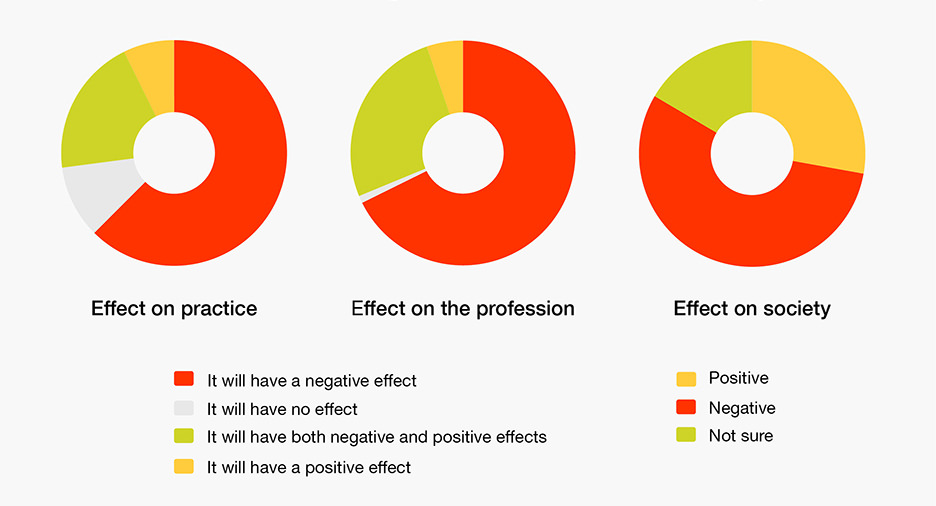 Those practices working in the areas of affordable housing, education, health and sustainability were the most concerned, while those in transport and infrastructure were most optimistic. However, this optimism was tempered by some who argued that the emphasis on infrastructure-as-roads would mean little work for architects.

Positive outlooks were framed terms of an expected rise in business confidence and improved investment climate, but the majority of respondents felt that little of this would flow on to architectural practices as capital expenditure reduces in many sectors. Some noted they had already cut costs and reduced fees in response to existing tight markets and that there is limited scope for further reductions – one respondent noted that a job had already been cancelled because of the budget. Others pointed to the difficulty of navigating personal circumstances – for example, there was a comment that a rise in childcare costs combined with low fees may mean that sole practice was no longer economically viable.

As well as addressing shorter-term concerns about practices and the profession, the survey asked respondents to consider if, long-term, Australian society would be better off as a result of this budget. Only 28% thought that this would be the case – with the predominant rationale relating to the need to curb debt. But even some who agreed with this felt that that budget is not “fair”. The majority of comments expressed concern about the social costs of such a strategy, about increased stratification and widening gaps within Australian society and the move towards a society where the economy is seen as the “only determinant of success”. This tension was succinctly summed up by this response – “from an economic point of view, yes, from a social point of view, no.”

A number of respondents were also worried about long-term effects on the profession. This included concerns about the rising cost of university education making architecture a profession for the elite, which will result in less diversity of graduates and less security of employment. One respondent noted: “I feel that I would not have been able to become an architect had this budget been in place when I was young. This means the demographic of those entering the profession could be limited to one group and affect the architectural outcome for the different demographics in society. A hobby for wealthy and employed only for the wealthy.”

The good news is that over half the respondents have business plans in place to help navigate changing circumstances, but many are finding options are contracting. Strategies vary – they include analysing economic projections and forecasts, diversifying services and markets, continuing to develop strong client relationships, no new employment and considering redundancies, and reducing overheads and spending. One notable positive response was “employ more staff”.

Some strategies are effective in the short term, but do not help build a sustainable practice and profession long-term. For example fee cutting is a widespread industry response that leads to serious long-term problems for both practices and the profession. It can also result in more difficult, expensive and protracted building processes for the client and lesser quality built outcomes. Employing the majority of staff on contract is another tactic that helps to manage short-term budgets, but respondents were aware that this does not help build knowledge, experience and commitment to a practice long-term.

The ACA initiated the survey because it was concerned that the cuts signaled in the budget would have a negative impact on many in the profession. The results of the survey reinforce this concern. We urge practices and the profession to continue to strategise carefully, and with both short- and long-term outcomes in mind. The ACA will work to develop further resources and research to assist with this. 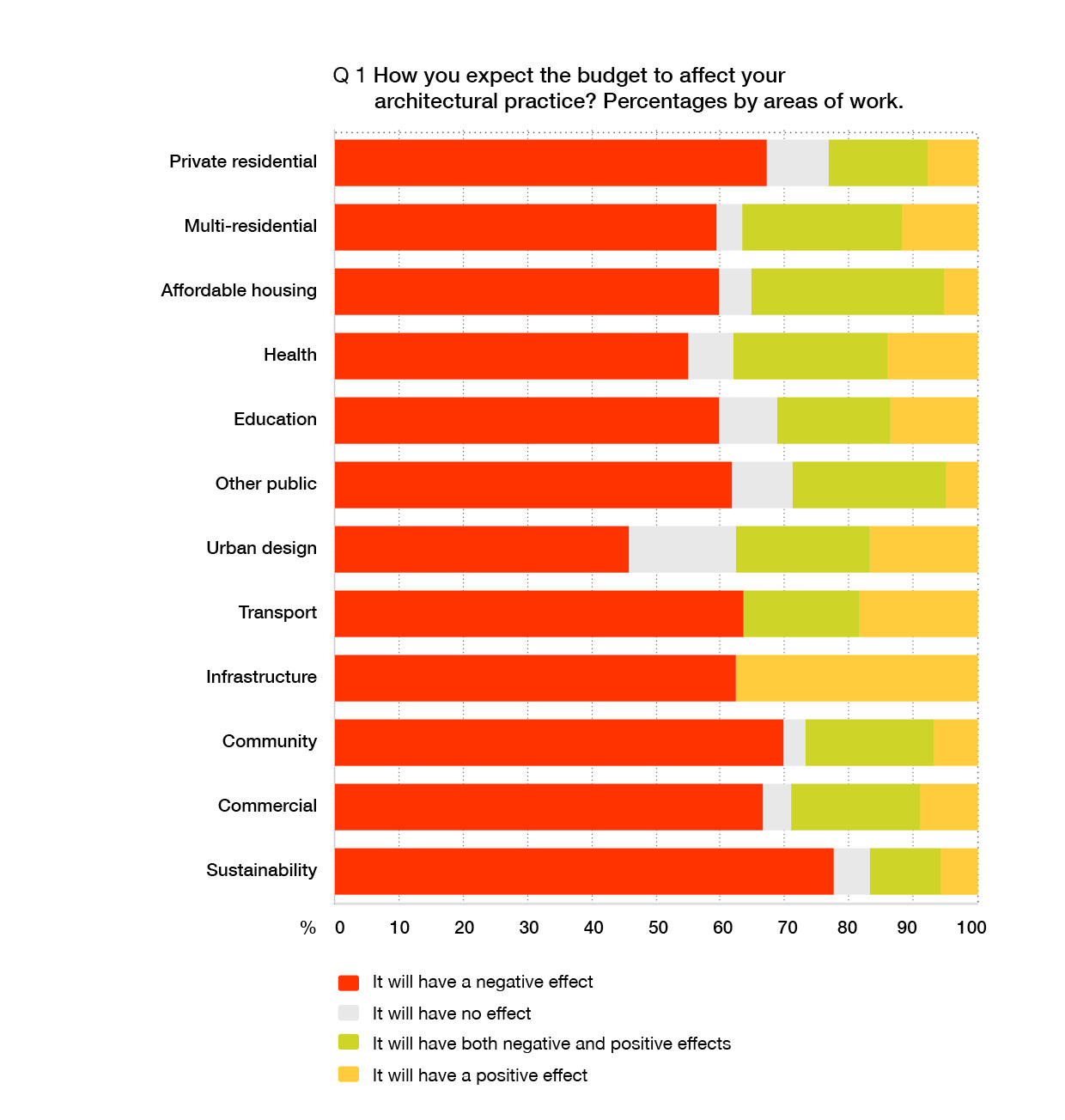 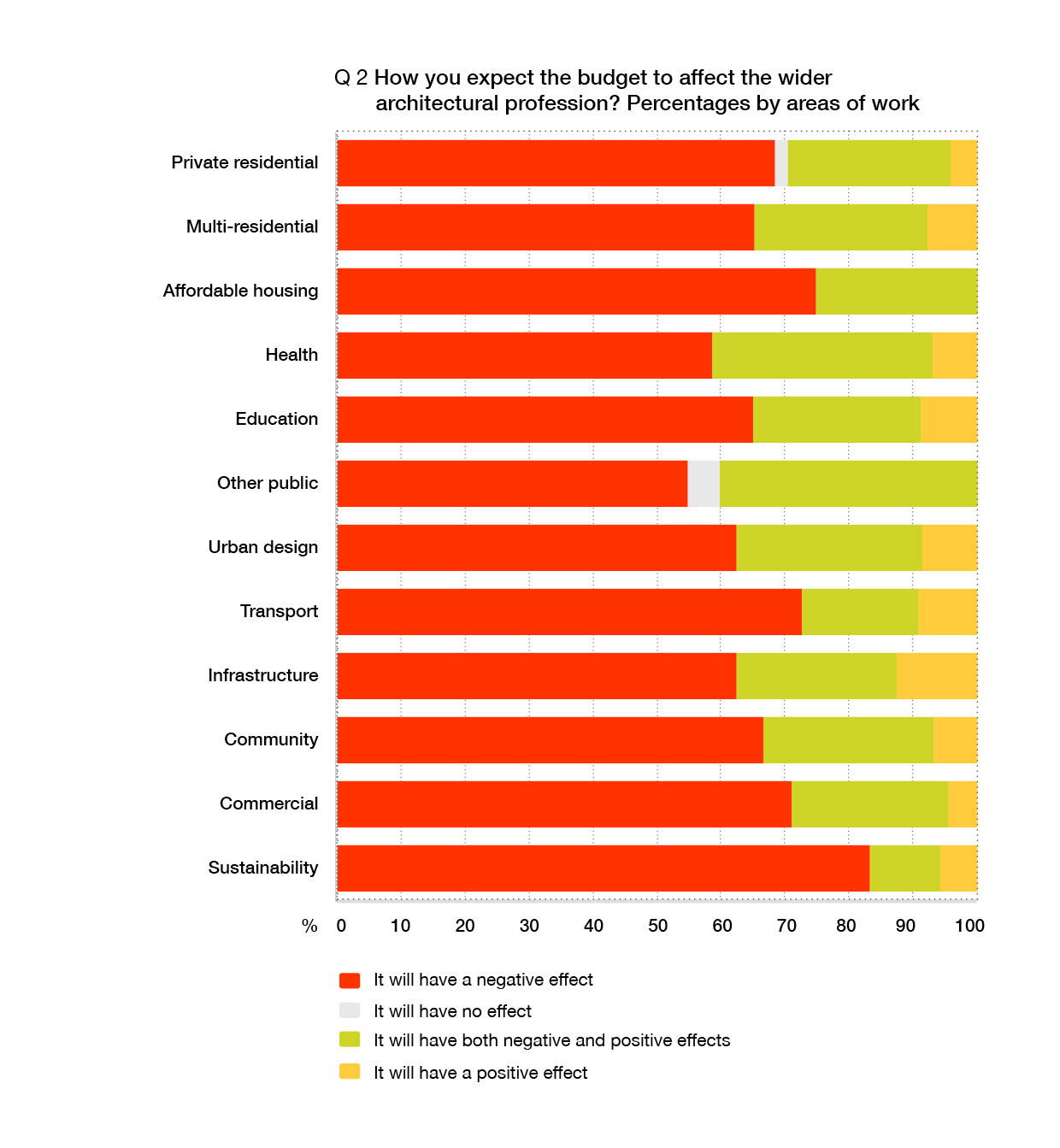 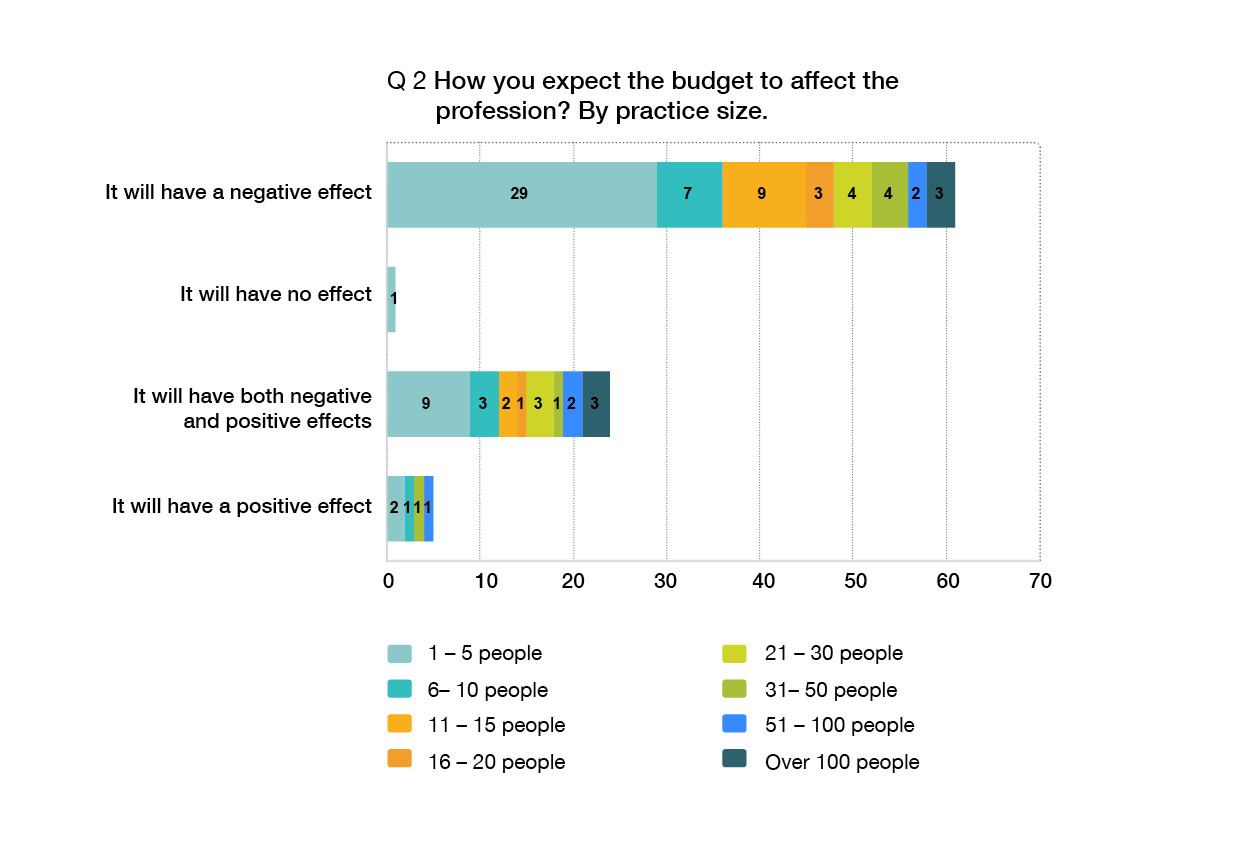